It takes money to make… wait, you’ve heard this before, right? Everyone knows that money doesn’t materialize out of thin air. You have to start off with some amount up front. And you need a great way to put that initial money to work for you.

The good news is that there are lots of stocks you can buy right now that have the potential to deliver tremendous gains over the next few years. Some are especially attractive. If you’ve got $2,000 to invest, here are three growth stocks to buy that could double your money.

The company already has two products on the market. Axsome picked up U.S. rights to sleep-disorder drug Sunosi from Jazz Pharmaceuticals earlier this year. It also recently launched Auvelity in treating major depressive disorder. Auvelity should be in a position to eventually generate peak annual sales of well over $1 billion.

But Axsome is just getting started on the commercial front. In 2023, the company expects to file for U.S. approvals of AXS-07 in treating migraines and AXS-14 in treating fibromyalgia. It recently reported great results from a late-stage study evaluating AXS-05 in treating Alzheimer’s disease agitation. Axsome also anticipates reporting results from a phase 3 study of AXS-12 in treating narcolepsy in the first half of next year. 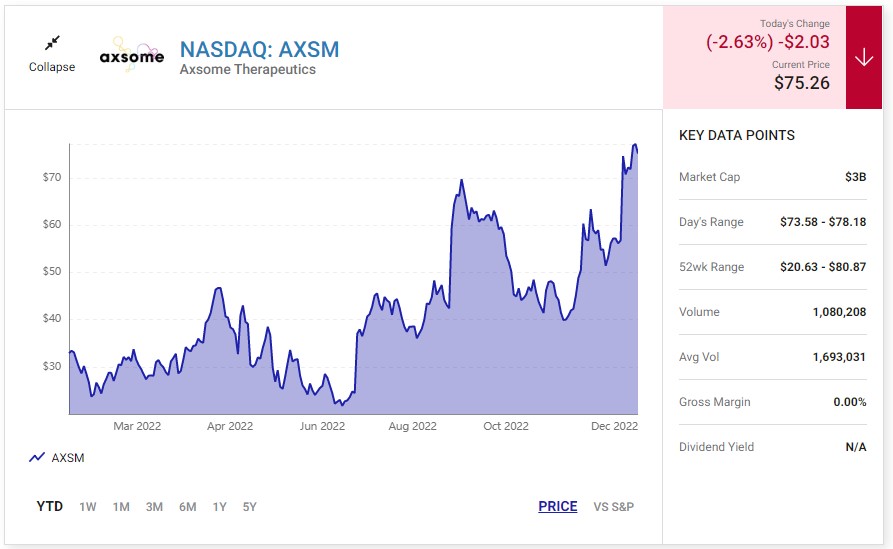 That’s a lot of promising current therapies and pipeline programs for a biotech with a market cap of less than $3.5 billion. Axsome’s shares have more than doubled so far in 2022. Don’t be surprised if this stock pulls off a repeat performance within the next one to three years.

2. Cresco Labs
Unlike Axsome, Cresco Labs (CRLBF) hasn’t delivered great gains for shareholders this year. The cannabis stock is down more than 40%. That said, it would be a huge mistake to count Cresco out. 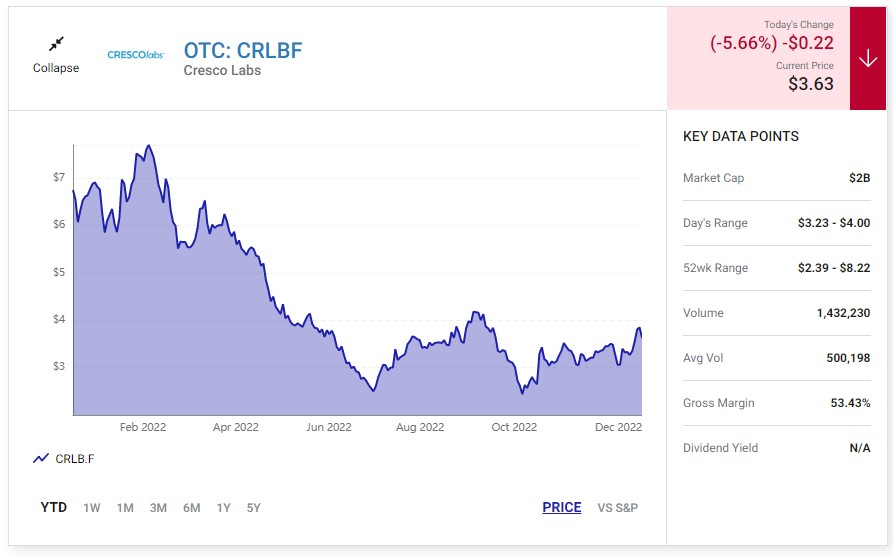 The U.S. cannabis market continues to experience a supply/demand imbalance that has pushed prices down. However, this situation won’t last forever. Cresco should be in a strong position to emerge as a big winner when the current headwinds fade.

Maryland’s voters recently approved the legalization of recreational marijuana in the state. Cresco should be one of the cannabis operators that benefit the most from this move. The company’s pending acquisition of Columbia Care could especially put Cresco in the driver’s seat in the Maryland market.

In the meantime, Cresco continues to generate solid adjusted earnings before interest, taxes, depreciation, and amortization (EBITDA) and is moving closer toward profitability. The company has closed underperforming facilities, which should improve its bottom line. With shares trading at only 1.1 times sales and a massive growth opportunity ahead, Cresco looks like a bargain right now that could very well double by 2025 if not sooner. 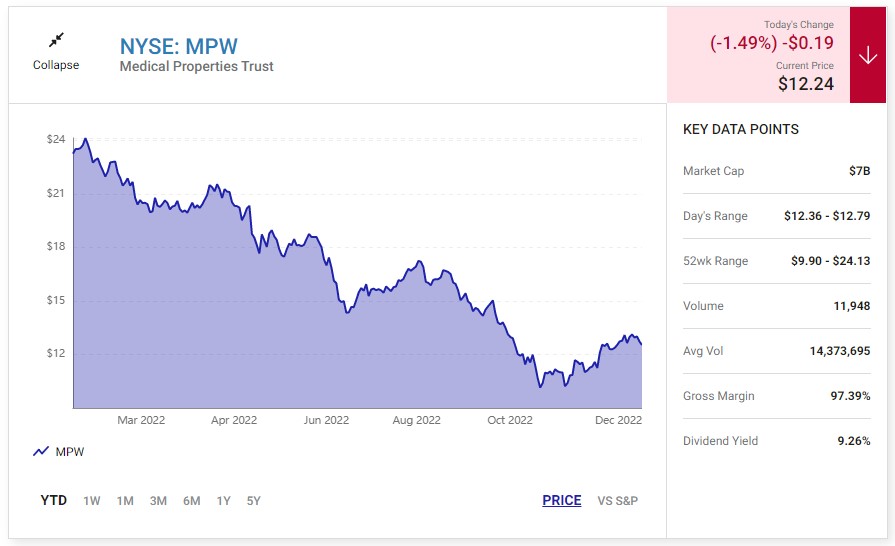 The stock’s dismal performance this year is primarily the result of the challenges that its hospital operator tenants have faced. One of MPT’s tenants, Pipeline, even filed for protection under Chapter 11 bankruptcy laws.

However, MPT fully expects that Pipeline will continue to make its lease payments even during the bankruptcy process. Also, the situation should improve for hospital operators in general. MPT CEO Ed Aldag expects the company’s tenants to secure reimbursement increases from private payers that are even higher than those on the way from Medicare.

I think that MPT stock could realistically double in five years or less. The company appears to be in good shape to keep paying its dividend, at least at current levels. With the dividend yield at nearly 9.2%, reinvested dividends alone would enable you to double your money within eight years. It wouldn’t take very much share price appreciation, combined with the dividend for MPT, to generate 100% or greater total returns in even less time.