The strong bull market has finally come to an end after many years, and investors are getting an opportunity to see the importance of owning value stocks. These types of equities provide security and resilience in any market, especially when there are challenging circumstances.

While there’s certainly an approach to value investing, which is Warren Buffett’s way, most individual investors will benefit from a diversified portfolio that includes some value stocks. Bank of America (BAC), American Express (AXP), and Realty Income (O) are three top value stocks heading into the new year.

Banking on the consumer
Bank of America, also known as BofA, is the second-largest U.S. bank by deposits. Like any other large bank, it has consumer and commercial divisions offering services to individuals through savings and checking accounts, as well as investment-banking divisions and wealth management. But it’s the popular consumer segments that are driving growth, and they make BofA look like an exciting company going into 2023.

For banks, rising interest rates are a double-edged sword. Banks typically add provisions for credit losses when interest rates are higher, since they end up with higher default rates as customers have a harder time paying back their loans. Loan defaults result in higher charge-off rates (debt unlikely to be recovered), and higher loss provisions eat into net income. However, higher interest rates benefit banks because they make more money in loan interest. 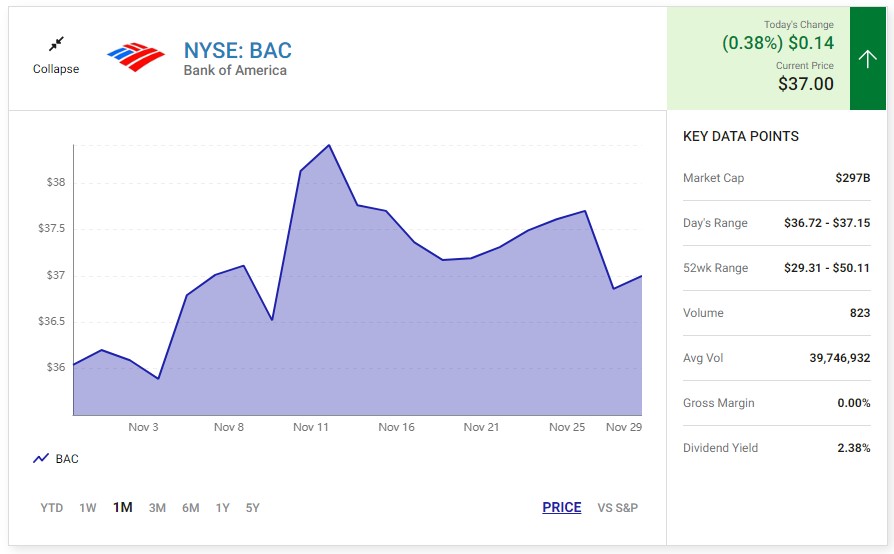 So far, BofA is managing well through this economy. Pre-tax and pre-provision net income increased 10% over last year in the third quarter, and the charge-off rate improved from the second quarter. Revenue increased 8% over last year, although net income declined 8% after provisions for losses.

Consumer deposits remain well above pre-pandemic levels, driving a 24%, or $2.7 billion, increase in net interest income in the third quarter to $13.9 billion. The new accounts, credit cards, deposits, and other results of the bank’s consumer focus position Bank of America to continue posting robust results in 2023 and beyond.

Sweetening consumer spending
American Express is known for its customer perks. After the company “refreshed” many of its cards to appeal to a younger generation of spenders, it has attracted a new group of loyal customers who appreciate what its credit cards offer.

Looking back, you could say it was a bit of a gamble, and there certainly wasn’t any guarantee that it would work. After all, this is a company that held sway with an older, affluent generation of cardmembers — the grandparents of today’s users. But with careful rebranding, a turn to digital technology, and the right services, American Express has been very successful at capturing a new market, and that’s driving growth today.

Despite the gloomy economy, American Express’ revenue increased 19% over last year in the third quarter, driven by a rebound in its travel and entertainment segment. This is its sweet spot, where its target clientele typically spends. It has been curtailed since the pandemic shut the world down, but it’s finally coming back.

Millennial and Gen Z spending increased 39% in the third quarter, more than any other age group, and accounted for 30% of the total billed domestic consumer services segment. Travel and entertainment spending increased 57% over last year. 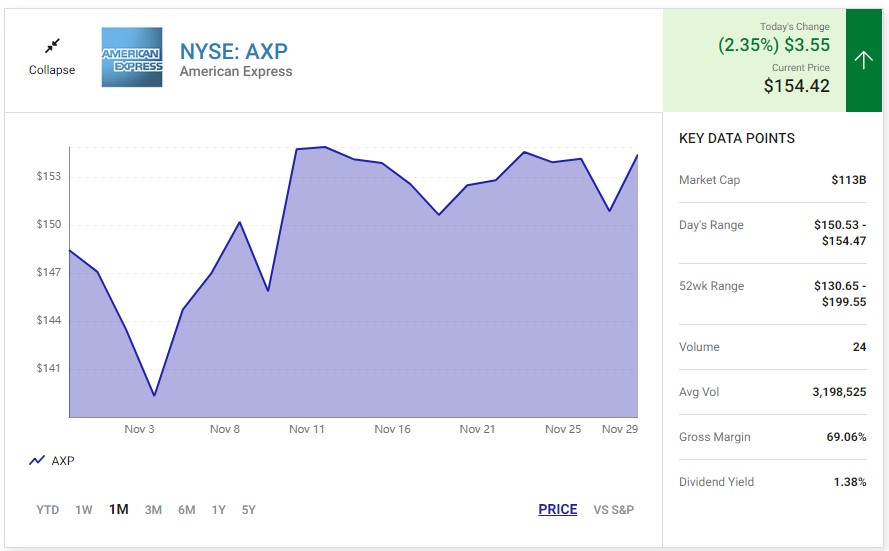 American Express has a different business model than other credit card networks since it’s a closed loop. It acts as its own bank instead of relying on banking partners to fund its credit.

The company operates a fee-based model that funds the top and bottom line and helps offset provisions for losses. Card fees accounted for 11% of total revenue in the third quarter and increased 17% over last year.

With its new generation of satisfied spenders, American Express has carved a long runway toward growth in 2023 and beyond.

A no-brainer REIT
Realty Income is one of the most well-known REITs. A REIT is a real estate investment trust, which is a business structure that requires the company to pay 90% of its income as dividends. That’s why they make great dividend stocks, and most stock portfolios need them.

There’s a simple formula that makes Realty Income such a strong contender for a great dividend stock. It issues a monthly dividend with a high yield, consistently raises the dividend, and it’s extremely resilient in any economic environment. That’s why it’s been so great to own over time. 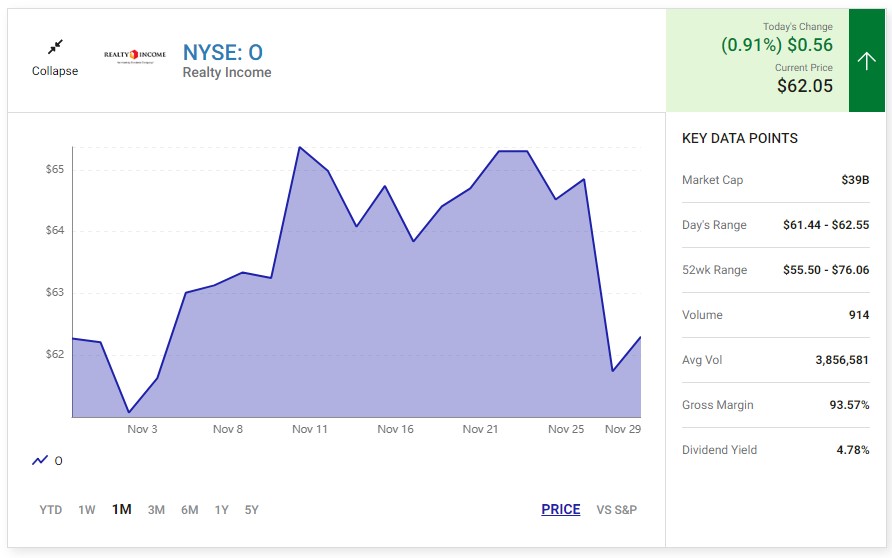 It owns and leases properties to tenants in industries deemed to be essential to the public, such as grocery stores, dollar stores, drug stores, quick-service restaurants, etc. Although it’s more fully diversified since it merged with another REIT last year, its top industries remain in essentials chains, with more than 10% of properties leased to grocery stores, 9% to convenience stores, and 7.7% to dollar stores. Its top three tenants are Dollar General (DG), Walgreens (WBA), and 7-Eleven.

Realty Income has issued a dividend for more than 600 consecutive months, including 100 consecutive quarterly increases. The dividend yield is 4.6% at the current price.

That’s not the highest dividend yield out there, but it’s competitively high and comes along with rock-solid reliability. Realty Income is a stable and steady dividend stock offering value for 2023 and the long term.