It was 2007, and my late father – an accomplished stock trader – was watching the red candle charts across his computer screen. One of America’s largest banks had just lost billions from its subprime mortgage funds, and even Wall Street pros seemed unsure of what would happen next.

My father’s prediction would end up proving more right than he realized. Subprime debt would unravel the U.S. financial system a year later, freezing the overnight repo market and turning former superstars like Citigroup (NYSE:C) into penny stocks. 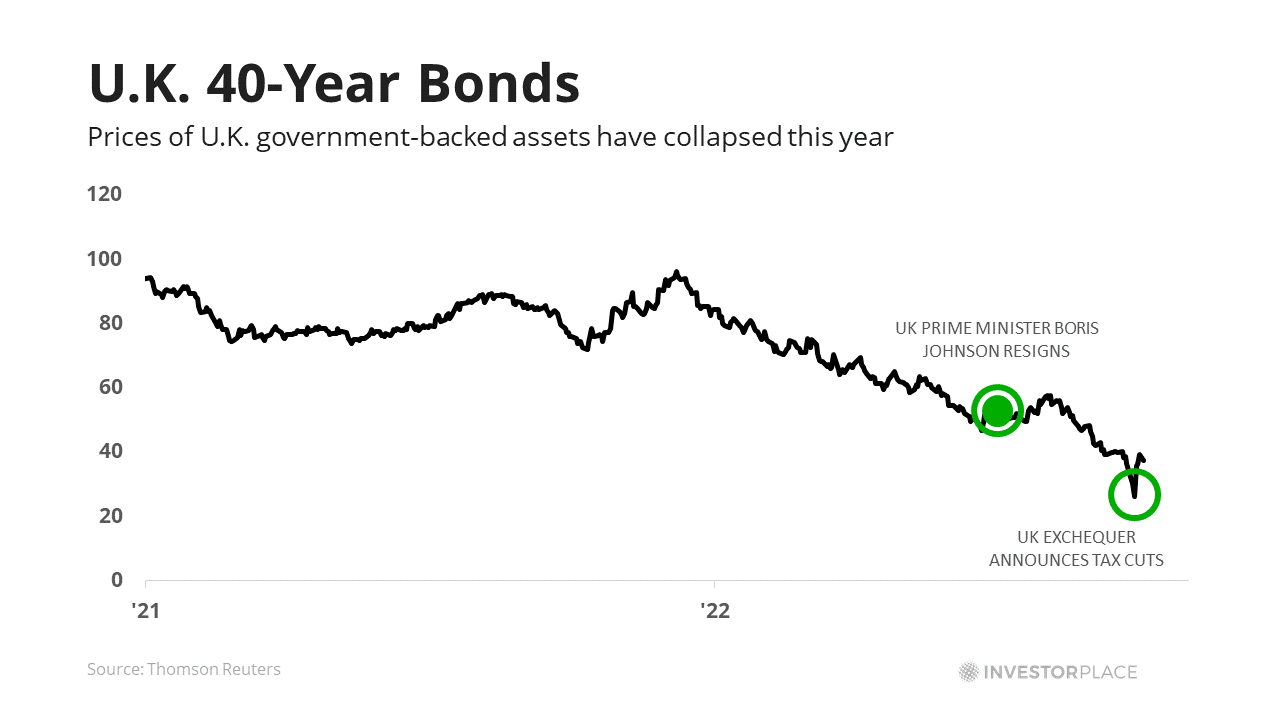 As InvestorPlace’s Shrey Dua noted last week, “evidence is mounting that the U.S. housing market may be deteriorating faster than it did in the 2008 recession.”

Yet, some corporate insiders are starting to tiptoe back into the market. These CEOs, CFOs, directors and other executives are voting with their feet and buying shares in the firms they run.

And though my late father was correct in calling for more pain in 2007, he was also quick enough to jump back in before the 2009 rally started. With many high-quality stocks trading below book value, it’s no surprise that others are now using this rare opportunity to snap up stocks that are finally too cheap to ignore.

The Value Stocks Rising on Insider Investment
I’ve long noted that insider transactions are one of the most straightforward ways to profit from public information. Executives often have entirely legal insights for trading, making them an ideal starting point for investment ideas.

The information gap is enormous. Researchers from MIT estimate that C-Level insiders outperform the market by 6% annually. That seemingly small difference is enough to turn $10,000 into $150,000 over two decades, compared to $50,000 in the S&P 500 index.

These same insiders are now starting to load up on deep value stocks, often considered the “safe haven” of recession investing. Almost 2,000 U.S. stocks now trade for less than book value, according to data from Thomson Reuters, and 221 of these have negative enterprise value. These trades offer better downside protection for their liquidation potential, while retaining upside from their depressed valuations.

Highwoods Properties (HIW)
Shares in the Raleigh-based REIT have collapsed this year over fears of real estate contagion. Highwood Properties (NYSE:HIW) has dropped from a January high of $47.66 to under $27 today.

Not everyone believes that the drop is warranted. On Sept. 22, several of the company’s top executives bought shares of the high-quality firm.

These transactions are particularly notable because of Highwood’s top-tier assets, often referred to as “trophy offices.” The firm owns Truist Place in Tampa, the fourth-tallest building in the city, Pittsburgh’s EQT Plaza and dozens of other high-profile properties. 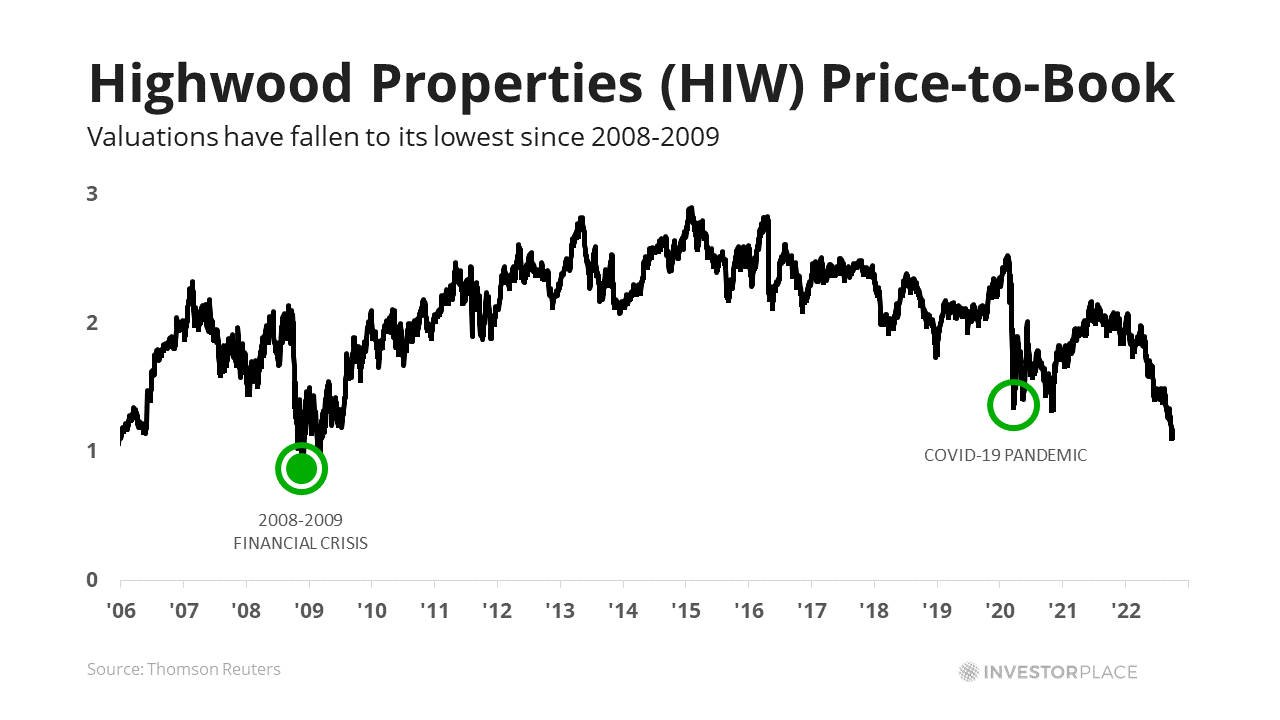 The strategy has worked. Even during the 2020 Covid-19 pandemic, shares traded at no less than 1.3x price-to-book. And the company has managed to maintain a double-digit ROE since 2017, a feat that surprisingly few REITs manage.

Highwoods Properties also managed to escape any notable damage from hurricanes this year. For investors betting on a return-to-office wave in 2023, HIW is a strong place to start.

ReMax (RMAX)
Last week, shares in one of America’s most profitable real estate firms sunk to their lowest levels since the 2020 Covid-19 pandemic. One investor immediately bought shares.

Mr. Peterson’s bullishness is understandable. ReMax (NYSE:RMAX) is a franchised real estate brokerage with industry-beating cost controls. According to Thomson Reuters, the company has generated a 30.3% operating margin for the past decade, four times higher than the industry median of 7.6%. The recent slide now prices ReMax at 8.2x forward price-to-earnings and 1.1x price-to-book. It’s a solid value play for investors seeking high-quality earnings in a volatile market.

There are some reasons to stay cautious. The company lost $74.3 million in 2008 after writing off $80 million of goodwill — a similar cut today would wipe out over 15% of ReMax’s equity. And no brokerage firm can hope to do well in a complete real estate meltdown. ReMax could see profits go to zero in a severe housing downturn.

Yet, American real estate has a long history of booms and busts that ReMax has survived. And given strong insider buying, ReMax shares surely deserve a second look.

The company was created in a merger between Peck – a family owned electrical contractor – with solar provider iSun (NASDAQ:ISUN).

A firm that’s growing at over 100% per year. Analysts expect the micro-cap firm to generate $102 million in revenue in 2022, up from $21 million two years earlier. iSun could break even as early as next year.

The company’s order book is also reportedly solid. iSun now has $105 million of industrial customer backorders and $30.7 million in residential and $11.4 million in commercial – enough to fill a year of activity. Insider buying suggests these orders are on firmer ground than markets realize.

There are also some risks in buying a firm like iSun.

Firstly, the company has a limited growth runway. Cost of goods sold for contractors rises linearly with revenues; there’s a reason why even the most significant construction firms aren’t the size of tech giants.

Second, ISUN’s intrinsic value lies with its human capital – a slippery concept for deep-value investors attempting to price the company.

Finally, iSun has a limited operating history. There’s no guarantee the firm can consistently out-earn its cost of capital in a normalized market.

Nevertheless, iSun represents a new take on an old concept of finding megatrends and acting as the “picks and shovels” firm to make things happen.

Consider the the e-commerce industry, which spawned a billion-dollar business of delivery warehouses…

Today, it’s solar subsidies that are paving the way for firms like iSun to succeed.

Conclusion: How to Use the Insider Track Strategy
I’ve long warned that not all insider transactions are created equal. Academic studies have shown that selling is a weak signal for returns. And some industries like oil, gas and commodities are primarily driven by factors outside executive control; many energy bosses buy shares to speculate on these prices.

Nevertheless, insiders often buy shares of high-quality companies at the perfect times. In 2016, JPMorgan Chase (NYSE:JPM) CEO Jamie Dimon bought $26.6 million of his bank’s shares after a 15% drop at the start of the year. Shares would rise 140% in less than two years.

Today, bosses of other high-quality companies are starting to jump back into the stock market. And investors paying attention to these transactions stand to gain handsomely.