Acumen Pharmaceuticals Inc. (NASDAQ: ABOS) seems to be poised for a price surge as per its latest charts. The company discovers and develops therapies for the treatment of Alzheimer’s disease. The company focuses on advancing a targeted immunotherapy drug candidate ACU193, a humanized monoclonal antibody. 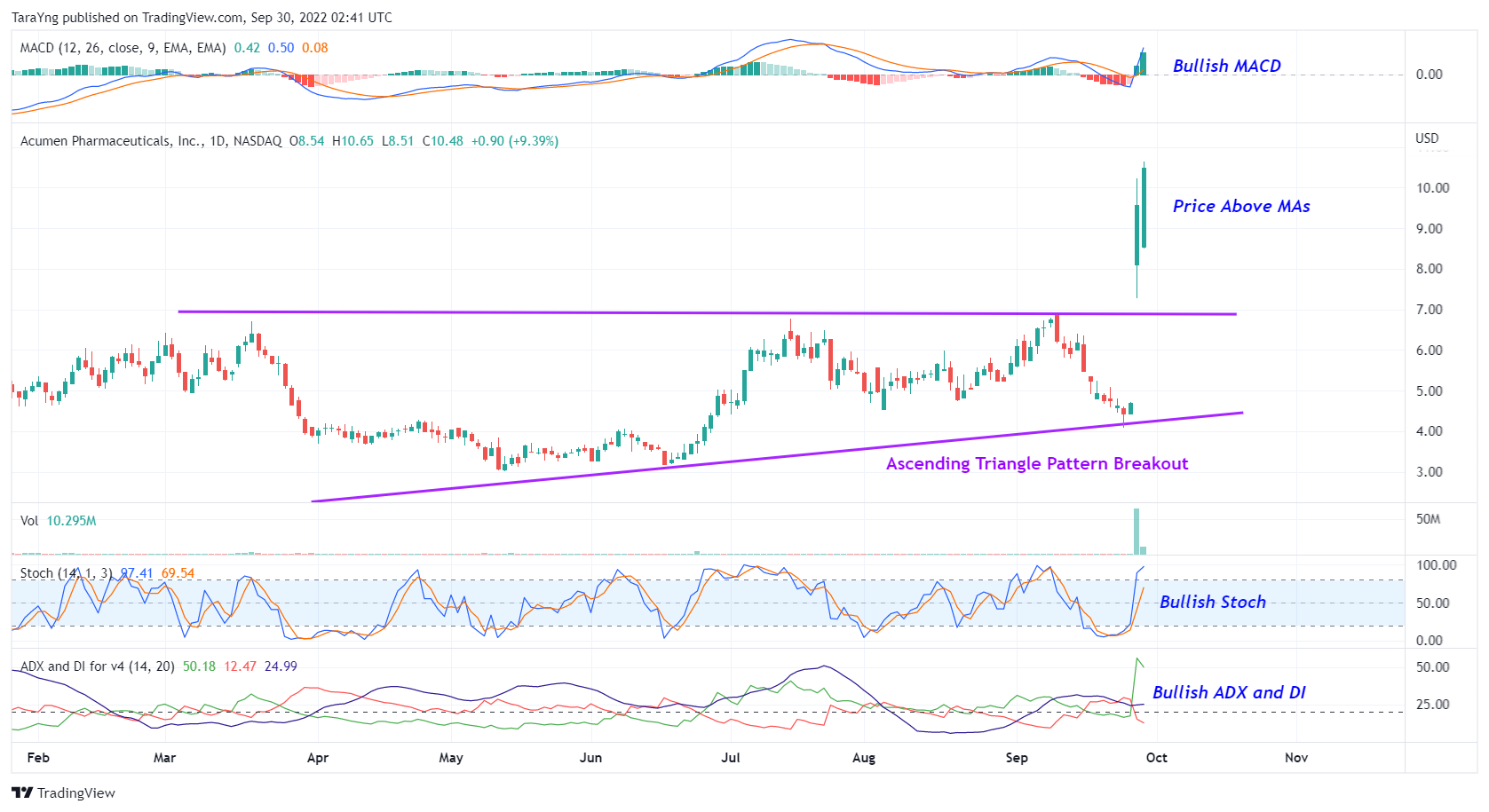 #6 Above Support Area: As you can see from the weekly chart, the stock has currently moved up from a resistance-turned-support level. This level is marked as a pink color dotted line. This looks like a good area for the stock to move higher. 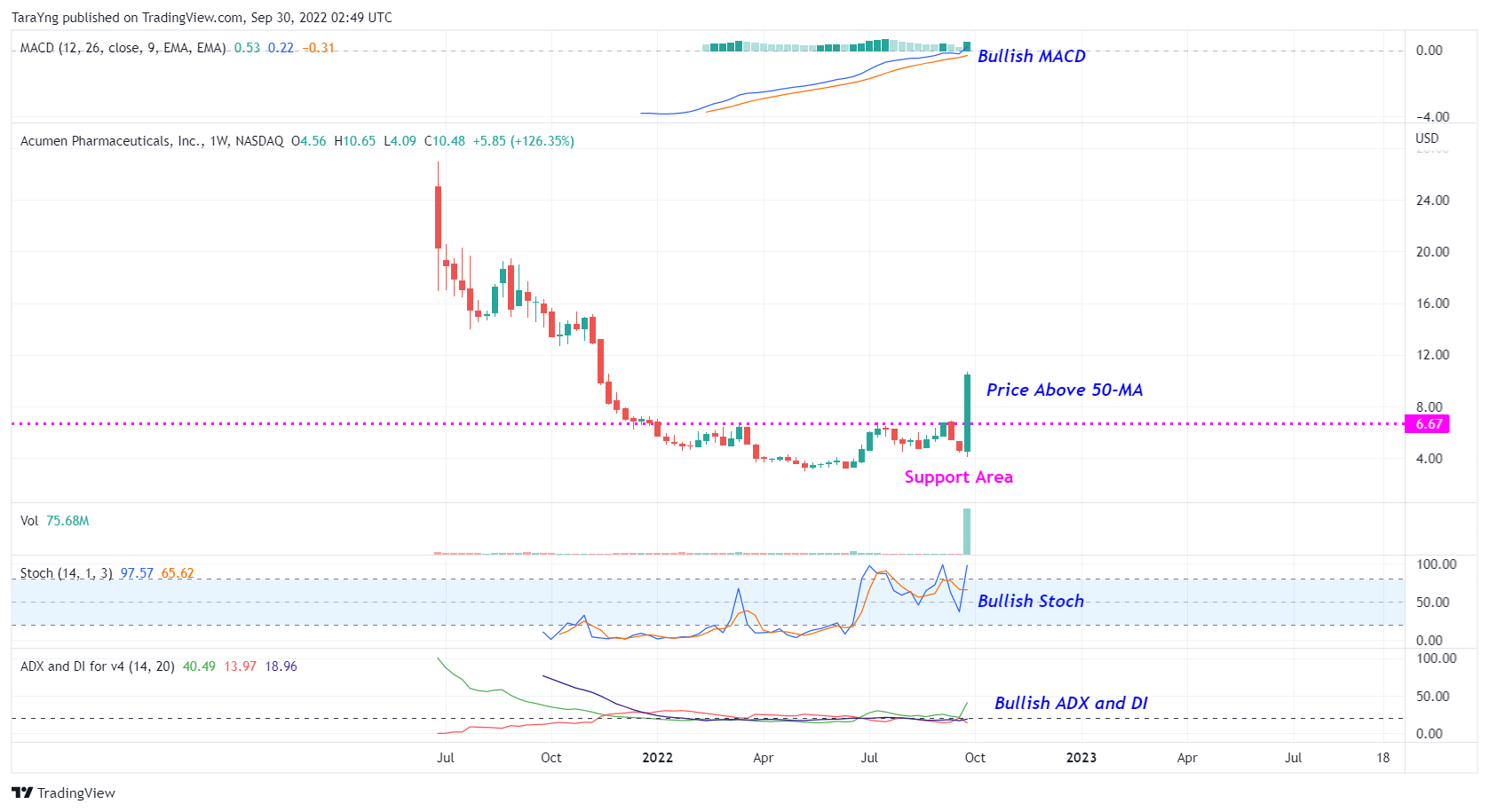 #7 %K above %D: The %K (blue) line of stochastic has currently crossed above the %D (Orange) line in the weekly chart as well and is also moving higher from oversold levels. This is a possible bullish indication.

#8 Bullish MACD: The MACD line is above the MACD signal line in the weekly chart as well, indicating bullishness.

Buy Levels: If you want to get in on this trade, you can purchase the shares of ABOS above the price of around $10.80.

SL: To limit risk, place stop-loss at $9.20. Note that the stop-loss is on a closing basis.

Risks to Consider
The stock may reverse its overall trend if it breaks down from the breakout level of the ascending triangle pattern with a high volume. The sell-off of the stock could also be triggered in case of any negative news, overall weakness in the market, or any regulatory changes in the sector.

A Coming Musk Tweet Could Send This Stock to the Moon [sponsor]
He’s the richest man in the world. He has 47 million Twitter followers. And his genius is on par with Einstein, Jobs, and Nikola Tesla himself. Best of all, he can make investors millions with a single tweet. In fact, a new “big tweet” could come any day now. Full story here.