The allure of penny stocks lies in their potential to deliver massive gains in a short period of time.

But in exchange for that opportunity, penny stocks carry TREMENDOUS risk. They can be extremely volatile and are susceptible to “pump and dump” schemes and fraud.

How is this possible? For starters, the majority of penny stocks are traded on over-the-counter (OTC) exchanges, which are typically less transparent and less regulated than the major exchanges. In short, OTC-traded penny stocks don’t meet the rigorous standards required to trade on major exchanges like the NYSE, NASDAQ, and AMEX.

As a result, they can go largely “unchecked” and their financial condition can be extremely difficult to analyze. In the penny stock space, it’s often easier to spot warning signs and red flags than it is to identify a sound investment.

With this in mind, and to give you an idea of the kind of red flags to look for when you’re considering a penny stock, we’re taking a closer look at five of today’s most hyped penny stocks. These stocks are being touted by YouTube “influencers” with far-reaching audiences, carrying the risk of a “pump and dump”.

Reason for the hype: Compelling economic incentives, mandating by California that all new residential construction built post-2020 should have solar panels, signing of new business.

Reason for the hype: Trevena had received FDA approval for oliceridine back in August. DEA has now classified oliceridine as a Schedule II controlled substance. OLINVYK is headed for commercial availability, likely by Q1 2021.

Reason for the hype: The company announced on October 22, 2020 that it entered Preferred Integrator Partnership with Integrated Openings Solutions (IOS) for ThermoVu™ Non-Contact Temperature-Screening Instruments.

Company Info: AMMO Inc engages in the design, manufacture, and market ammunition products in the sporting industry in the United States. The company offers its products to a sport and recreational shooters, hunters, individuals seeking home or personal protection, manufacturers and law enforcement and military agencies.

Reason for the hype: The company announced the increase in its manufacturing capacity to aid in keeping up with the demand for its award winning patented STREAK™ Visual Ammunition line. 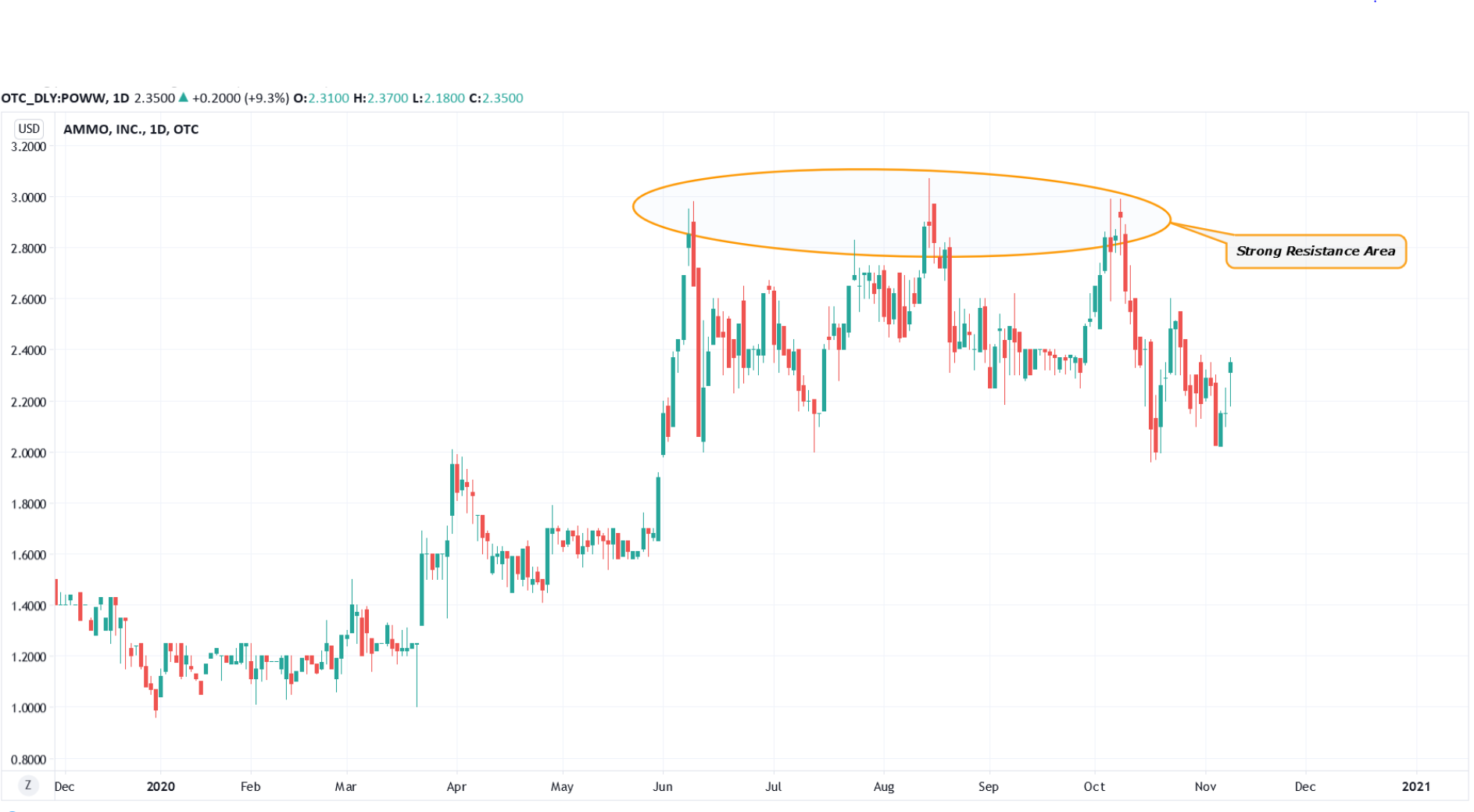 As you can see, there are quite a few red flags in these hyped penny stocks. We would advise investor caution before entering into such high-risk ventures. Remember to think before you trade!