All four indices opened lower on Thursday and they turned and rallied throughout the day. The Dow didn’t quite make it to positive territory and took a loss of 0.03%, but the other three all logged gains on the day. The Nasdaq led the way with a gain of 1.24% and it was followed by the Russell with a gain of 0.76%. The S&P gained 0.49% on the day. 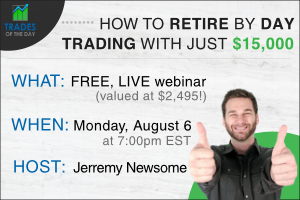 Seven of the 10 main sectors moved higher on the day with three logging gains over one percent. The tech sector led the way again with a gain of 1.23%. The consumer staples sector notched a gain of 1.04% and the telecom sector gained 1.02%. On the down side, the materials sector lost 0.66% as the worst performer and it was followed by the energy sector which lost 0.54%.

My scans made a dramatic reversal from Wednesday’s readings and moved to a strong bullish skew. There were 65 names on the bullish list and 21 names on the bearish list. The differential of a positive 44 is the biggest in one month. The barometer moved in to positive territory with a reading of 10.9.

Not only did my scans take a bullish turn, but the number of stocks with great fundamental readings was noticeably higher last night. There were 27 stocks with SMR ratings of an A and there were 28 stocks with an EPS rating of 80 or higher. Consequently, over half of the names on the bullish were from the tech sector. With that in mind, today’s trade idea is a bullish one on the Invesco QQQ Trust (NYSE: QQQ). 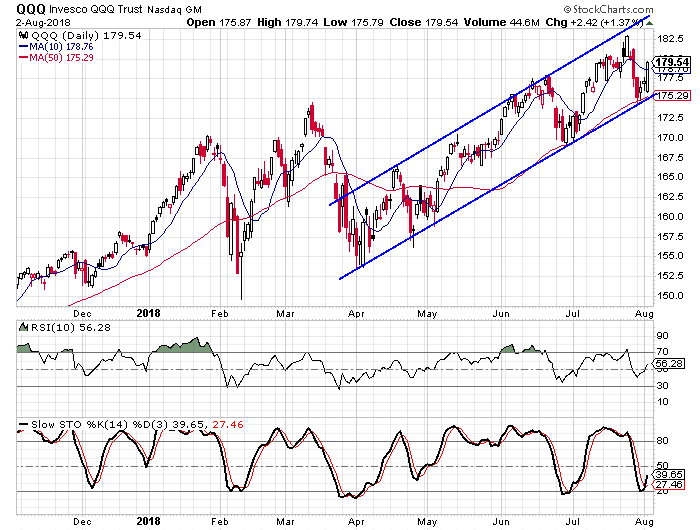 The chart shows how the QQQ has been trending higher within a trend channel over the past four months and that the ETF just bounced off of the lower rail. We also see that the stochastic readings were near oversold levels like they were in late June and in last March. Each of those times we saw pretty significant rallies in the following month or so.

Buy to open the Sep18 $178-strike calls on QQQ at $5.40 or better. These options expire on September 21. The rally from early April through mid-May was just over 10% and the rally from late June to late July was right at 8%. I am looking for another rally of that magnitude this time. A rally of 8% from yesterday’s close would put the ETF at $193.90 and that would give investors a gain of 194% on these options. I would suggest a stop at $175.