Friday saw all four indices move lower, but the losses were much greater for the Russell and the Nasdaq than they were for the S&P and the Dow. The Russell suffered the worst loss at 1.89% while the Nasdaq lost 1.46%. The S&P lost 0.66% and the Dow lost 0.30%. Disappointing earnings from Intel and Twitter weighed on the tech sector and that is the culprit behind the Nasdaq lagging.

Seven of the 10 main sectors moved lower on Friday and the aforementioned tech sector suffered the worst loss at 1.71%. The healthcare sector lost 0.72% as the second worst performing group.

I have to say that going through the charts and the data from Friday presented a difficult decision on which trade idea looked the best.

Rather than limit it to one trade idea today, I decided to give you an option trade for both. 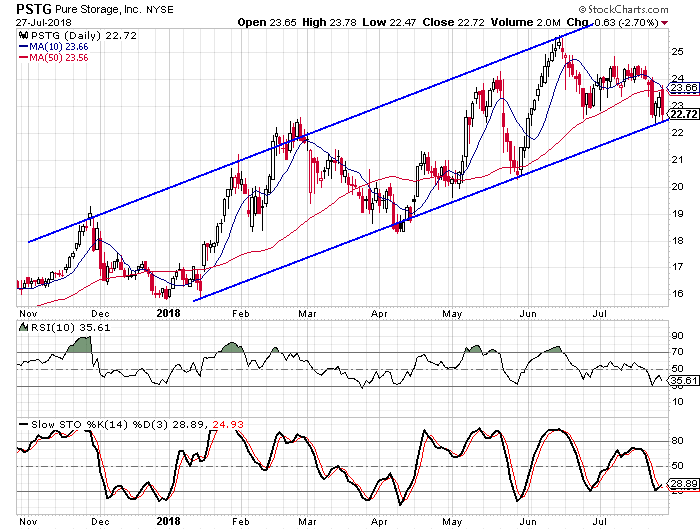 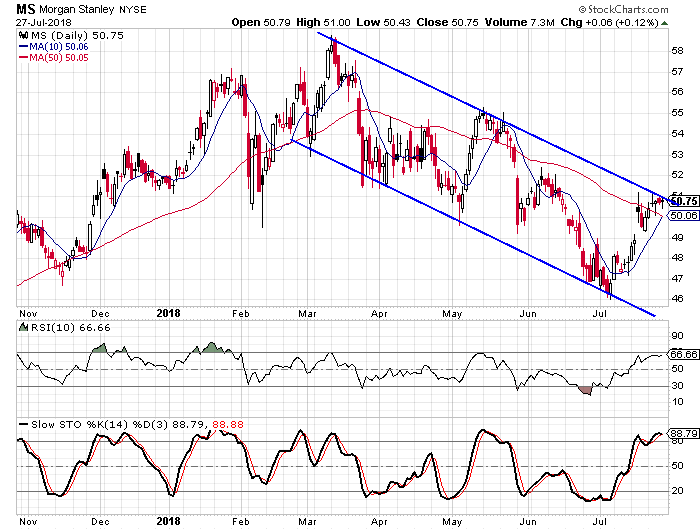 Buy to open the Sep18 $52.50-strike puts on MS at $2.50 or better. These options expire on September 21. For these options to double, the stock will need to drop to $47.50. That is well above the recent low and far from the lower rail of the channel. I would look to close half at the $47.50 level and then check to see where the oscillators are at that time. If they aren’t in oversold territory, I would look to keep the second half open to try to capture more than 100% on the second half. I would suggest a stop at $51.50.