Friday saw all four indices make big reversals throughout the day with all of them opening higher and moving up significantly. Unfortunately they didn’t hang on to the gains and all four closed well off their highs.

My scans were severely skewed toward the bullish side on Friday night with 124 bullish signals and only five bearish signals.

When I added the differential of 119 in to the barometer calculations, it came in at 64.6 and that is the highest reading since the low at the end of March.

With the barometer coming in so positive, I felt the best trade idea was a bullish one on the SPDR S&P 500 ETF (NYSE: SPY). The three previous instances where the barometer was over 50 in the past year were last August, January, and March. All three of these instances preceded a rally. 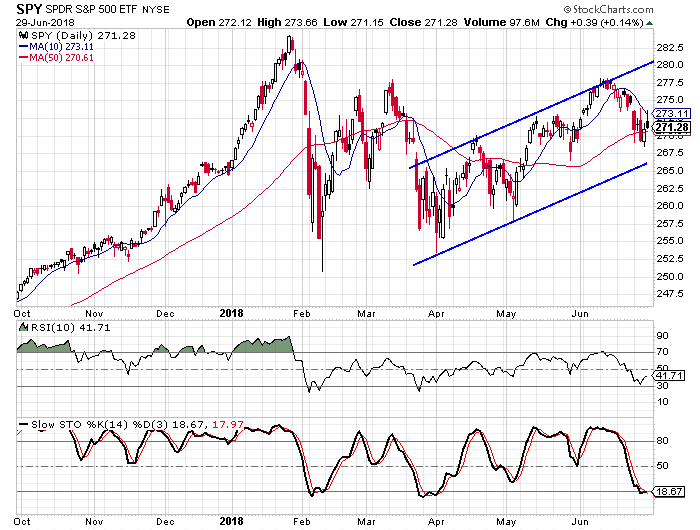 Another factor in the bullish trade idea on the Spyders is the trend channel that has formed since the end of March. I look for the ETF to maintain the trend channel and rally back up to the upper rail. It also helps that the oscillators are at similar levels to what we saw after the January-February, March, and May pullbacks.