Stocks opened lower on Friday, but my midday the indices started moving in to positive territory. By the end of the day, all four of the main indices gained ground. The S&P led the way with a gain of 0.31% while the Dow was close behind with a gain of 0.3%. The Nasdaq lagged the other three indices with a gain of only 0.14%.

[hana-code-insert name=’adsense-article’ /]The energy sector lost 0.19% and was the biggest loser on Friday after being the biggest gainer on Thursday.

The tech sector was in negative territory for a second straight session with a loss of 0.17%.

That is the third straight night where the bearish signals have been greater than the bullish signals. 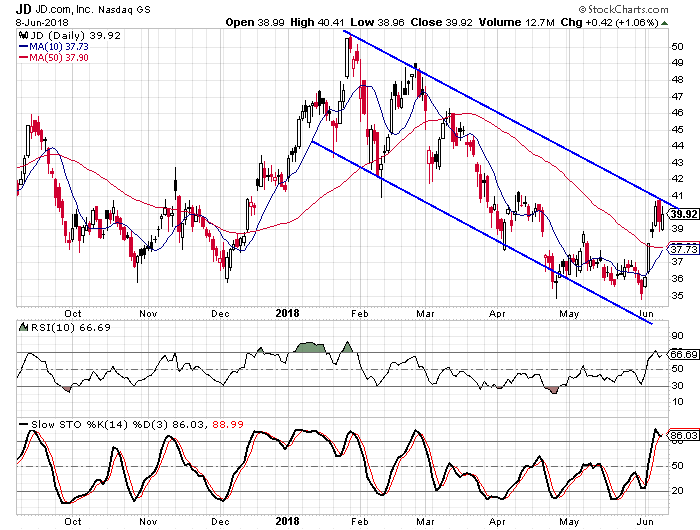 The chart shows that JD has been trending lower since late January-early February and a trend channel has formed as a result. The stock is bumping up against the upper rail while the stochastics have made a bearish crossover. Another factor is the 52-week moving average sits at $41.30 currently. The trendline has served as both support and resistance in the past.