[hana-code-insert name=’adsense-article’ /]Nine of the ten main sectors closed lower on Friday with the financial sector squeaking out a gain of 0.11% as the only one in the green.

My barometer dropped to a reading of -89.6 and that is the lowest reading since March 2016.

The drop in my barometer led me to today’s trade idea. I am recommending a bearish play on the SPDR S&P 500 ETF (NYSE: SPY). The barometer has been very accurate with the market swings over the past three months and we see that on the chart below. 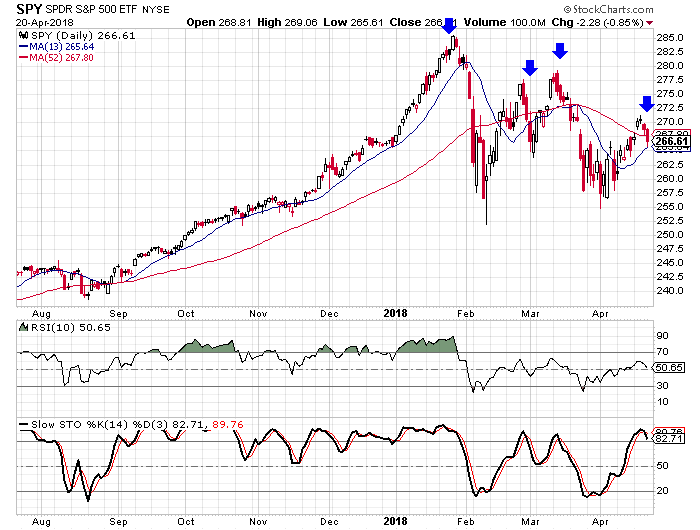