CF Industries Holdings manufactures and distributes nitrogen fertilizers and other nitrogen products worldwide. The company operates through Ammonia, Granular Urea, UAN, AN, Other, and Phosphate segments.

[hana-code-insert name=’adsense-article’ /]The company was founded in 1946 and is headquartered in Deerfield, Illinois.

The chart for CF shows how the stock recently pulled back to its 50-day moving average, something it has done on several occasions over the last seven months.

Each time it has dropped down to the 50-day, it has used the trendline as support.

We also see that the stochastic readings just made a bullish crossover like it did in mid-November, late August and early August.

In was of these instances, the stock jumped sharply. 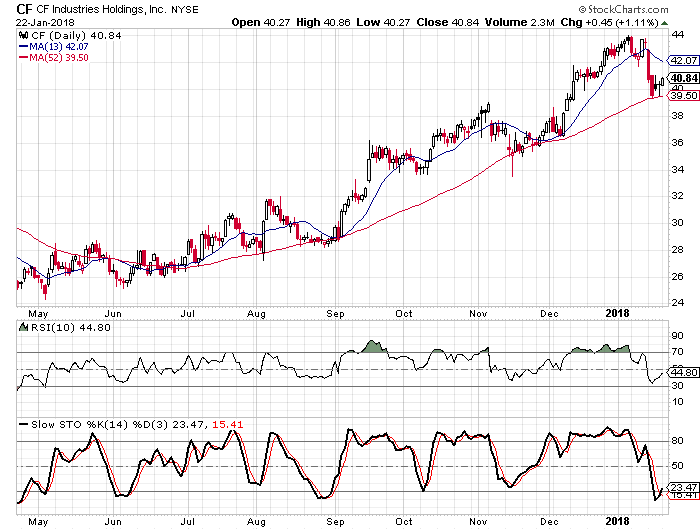