What is a Doji?

Doji candles are very easy to spot, as their bodies are either very small or nothing but a line.  This is because the open prices and close prices are almost equal (same) for a Doji.

A Doji indicates an indecision between the bulls and the bears. Depending on the length of lower as well as upper shadows, the shape of a Doji varies. A Doji can look like a cross, inverted cross or plus sign.

Where is Doji Significant?

Doji can appear at any point in the chart. However, the appearance of a Doji is quite important in the following scenarios

The important types of Doji are:

#1 Long-Legged-Doji: Here, the Doji will have long wicks (shadows). This indicates that the stock was dominated by bears and bulls during the session, but none could hold their position and were matched at the end. A long legged Doji is a sign of clear indecision and lack of direction. Sometimes, Long-Legged Doji are also referred to as a Rickshaw Man when the open and close prices are at or in the middle of the wicks. A Long-Legged Doji usually indicates an upcoming trend reversal. 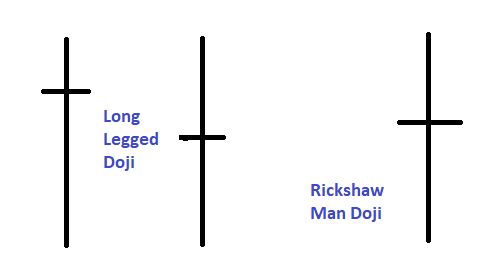 #2 Dragonfly Doji: This Doji has a long lower wick (shadow) but no upper shadow. 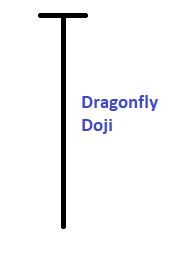 When this appears during a downtrend near a support level, it usually indicates an upcoming bullish move. This is because it means that although the bears were able to drive the price lower, they could not hold the price down. On the other hand, appearance of Dragonfly Doji during uptrend near resistance level usually means a bearish sign.

#3 Gravestone Doji: This Doji has a long upper wick (shadow) but no lower shadow. 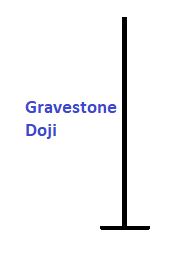 A Gravestone Doji is the opposite of a Dragonfly Doji. When this appears during an uptrend near a resistance level, it usually indicates an upcoming bearish move. This is because it means that although the bulls were able to drive the price higher, they could not hold the price at the higher levels. On the other hand, appearance of Gravestone Doji during downtrend near support level could mean a bullish sign.

In addition to these 3, there is also something called Four price Doji. This Doji has all 4 prices, that is, open price, close price, low price and high price as the same. This indicates the hesitancy condition that emerge in the market.

The figures below shows Doji in action. You can see that the trend is reversed, especially when the Doji is formed near the resistance and support levels. 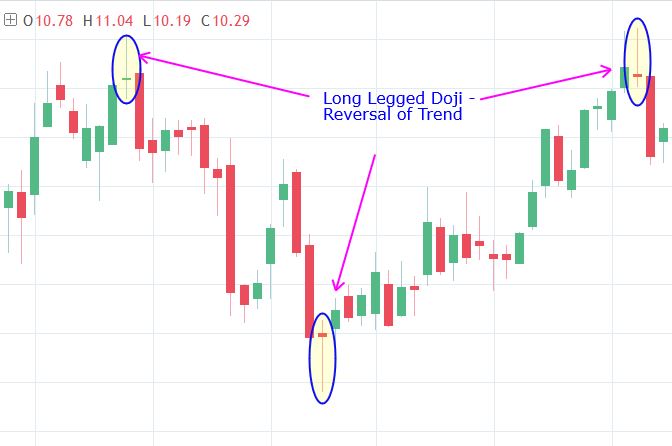 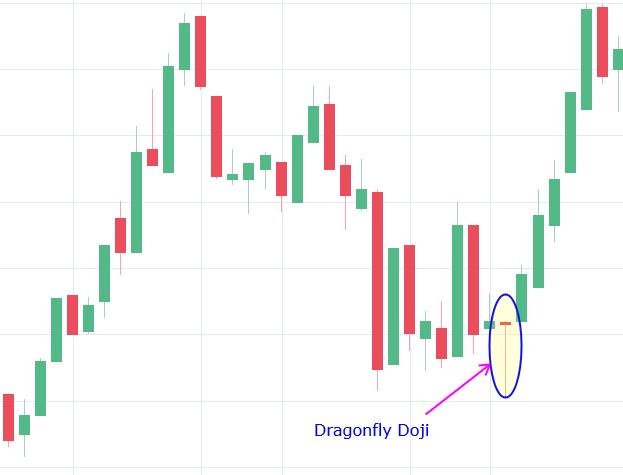 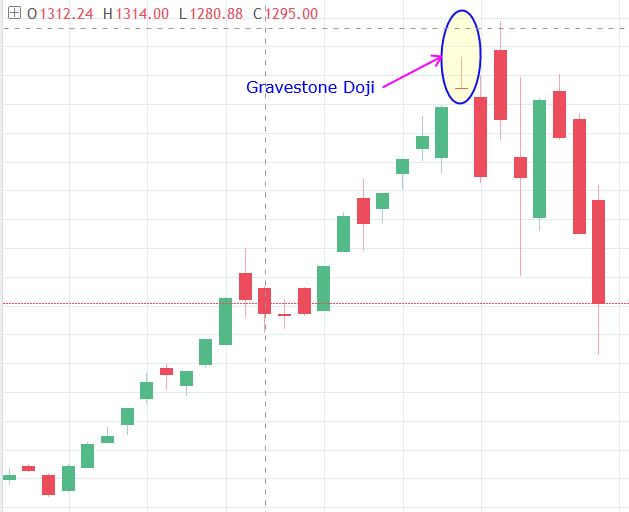