One of the popular trend following indicators is PPO or Percentage Price Oscillator. It works best in trending markets. Here’s a quick overview of this indicator.

To calculate Percentage Price Oscillator, the long-term exponential moving average (EMA) is subtracted from the short-term EMA, and then this difference is divided by the long-term EMA. This is then expressed in percentage. For example, in the case you are using 10-day and 21-day EMAs,

The figure below shows a Percentage Price Oscillator.

The Price Oscillator technical indicator can be used to confirm bullish as well as bearish price moves.

The Price Oscillator can also be used to detect when a trend is slowing down or accelerating and also whether it is getting ready for a potential reversal.

The Price Oscillator technical indicator can be used to identify overbought and oversold conditions.

The occurrence of a divergence between the Percentage Price Oscillator and price action can indicate a change in trend.

How Traders Use PPO

Following are the bearish and bullish signals that are used by traders for making better trades. 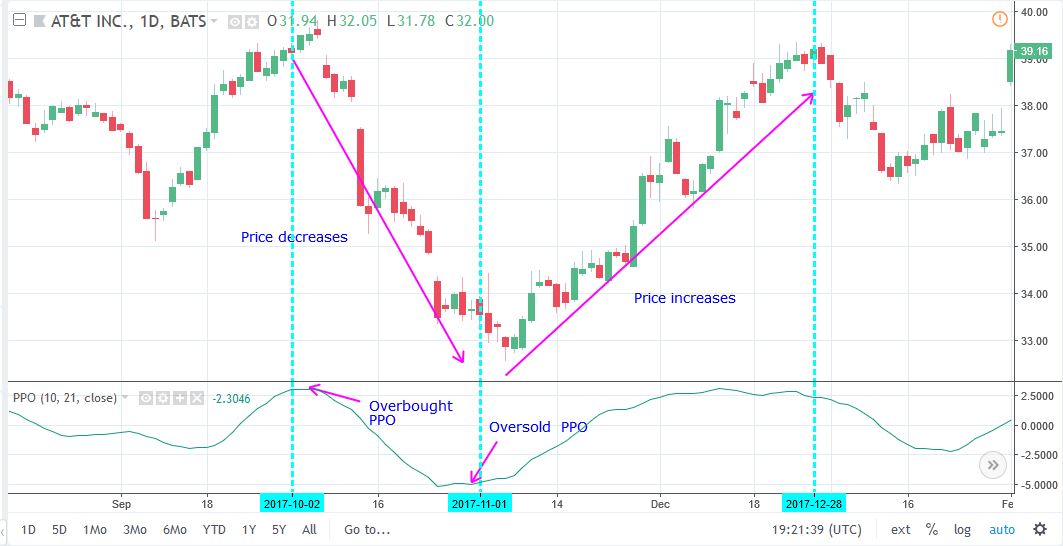