How To Use Aroon Indicator To Make Better Trades

The Aroon indicator is one of the best indicators to identify whether a stock is trending, as well as for determining the strength of the trend. In today’s lesson we’ll see how. But first, the basics.

Typically, indicators focus on the price of a stock relative to time. But Aroon is unique, as it mainly focuses on time in relation to the price of the stock. The Aroon indicator consists of two distinct indicators called Aroon Up and Aroon Down.

The orange line in the figure below is Aroon Up while the blue line is Aroon Down. 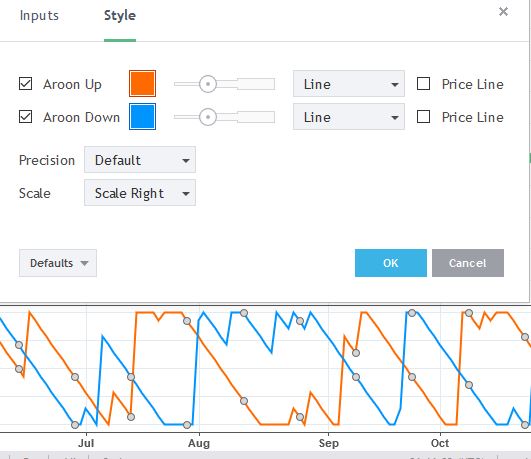 Aroon Up and Aroon Down

Whenever the values of Aroon Up or Aroon Down are high, it indicates that a more recent high or low was formed. For example,

Aroon Down can also be interpreted in the same manner.

How to Use Aroon Indicator In Trading

Aroon indicators can be used for predicting the trends as well as for identifying bullish and bearish moves.

The figure below shows Aroon Up remaining above 70, and the uptrend remaining strong. 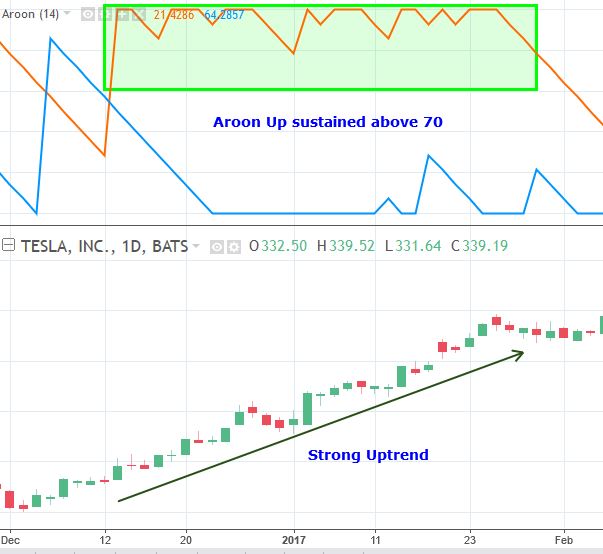 Aroon Up and Uptrend

Aroon Indicator can be used for identifying consolidations and for determining the correction periods.

The figure below shows a chart with bullish and bearish moves that can be predicted using Aroon Indicators. 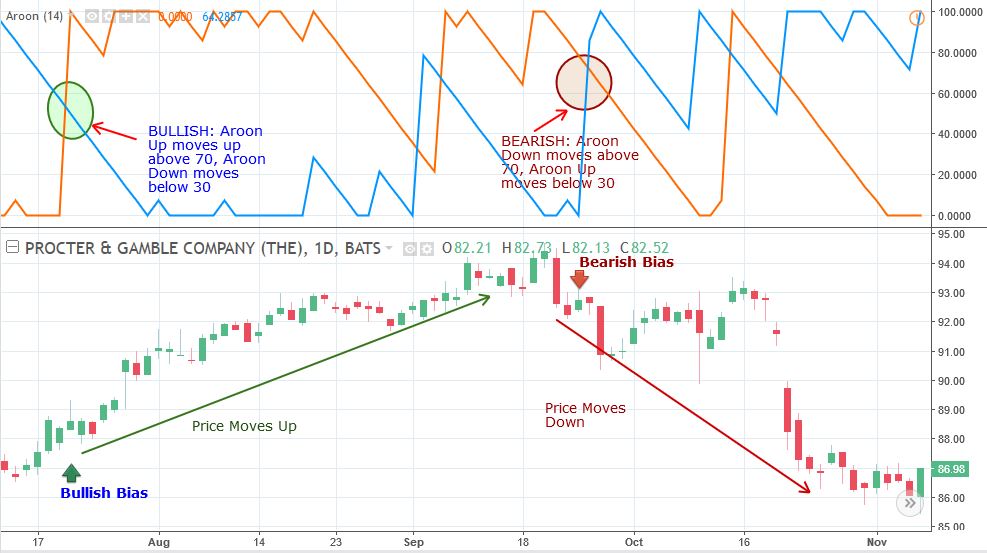