How To Use Bollinger Bands To Make Better Trades

Bollinger bands are one of the most powerful technical indicators available. They are sometimes referred to as a trading envelope. The neat thing is, Bollinger bands work in any global market, including equities, futures, options, and Forex.

With this in mind, here’s a quick overview of how to trade using Bollinger bands.

What are Bollinger Bands?

Bollinger Bands, developed by John Bollinger, are essentially lines that are plotted at a specific interval around a moving average. They can be used for determining the trend strength as well as volatility.

There are three bands in a Bollinger band – upper band, middle band, and lower band. The figure below depicts the three bands. 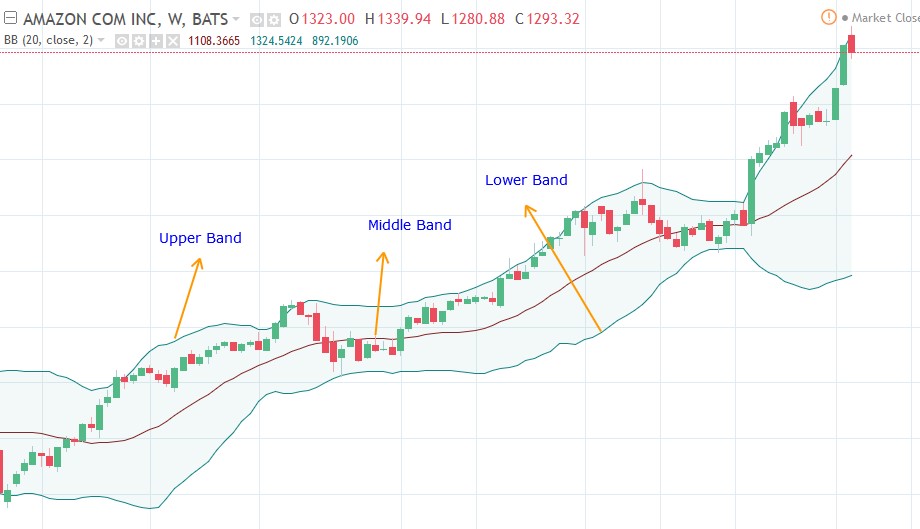 The first outer band (upper band) is formed by adding two standard deviations to the moving average. The middle band is actually the simple moving average, usually for a period of 20 days.

There are many uses of Bollinger bands.

Bollinger Bands are used by traders for identifying oversold as well as overbought zones.

Whenever the prices enter the overbought and oversold levels, there is a high possibility of price reversal.

#2 For Buy and sell signals

Bollinger Bands can also be used for identifying buy and sell signals. 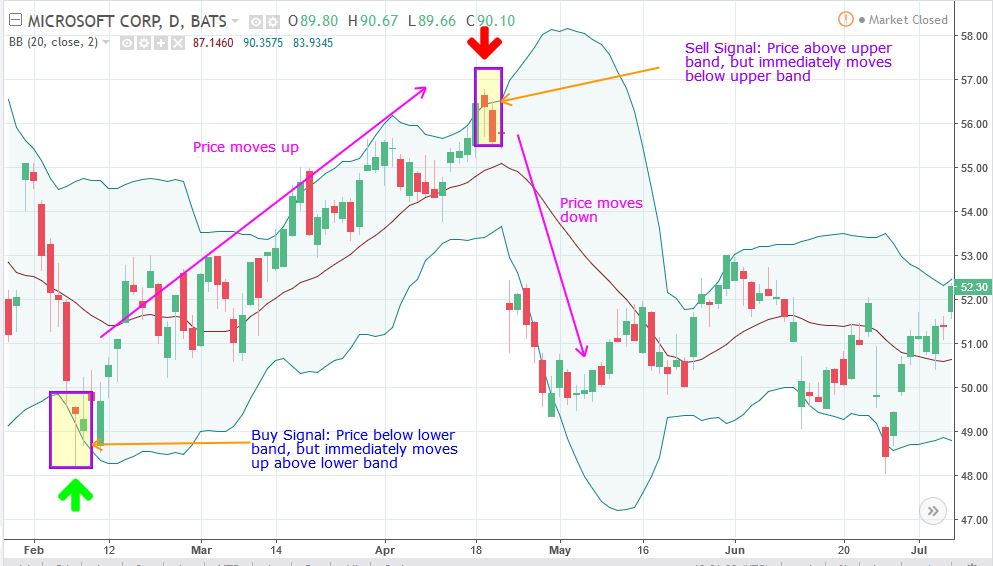 #3 For Identifying Breakout / Breakdown in Stocks

Since periods of low volatility often precedes periods of high volatility, Bollinger Squeeze is usually a good indication that a big up-move or down-move is about to happen.

The figure below shows a Bollinger squeeze after which the stock surged ahead. 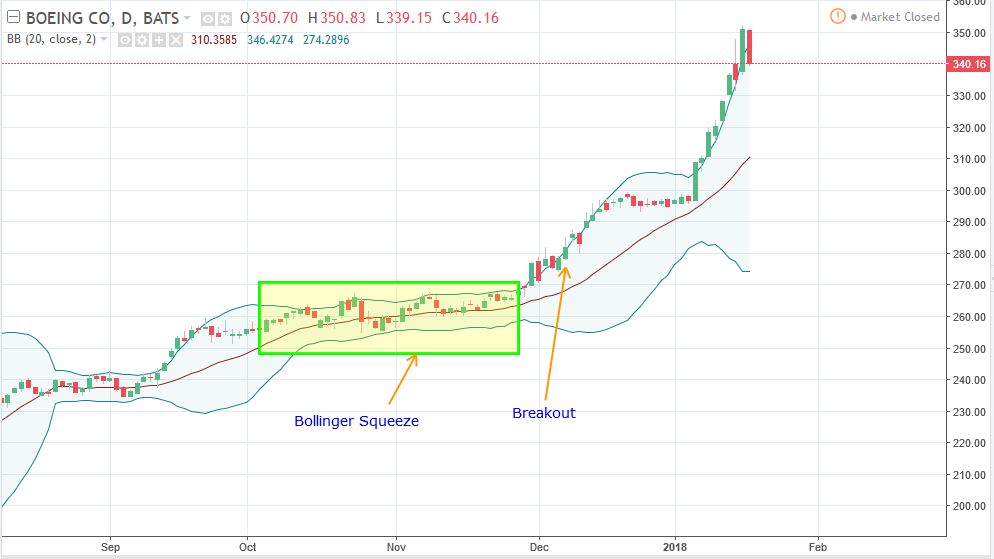 Bollinger bands, when used in conjunction with other indicators, can be used for confirming divergences. For example, when the price reaches the upper band, but other indicators (like RSI or ROC) does not support the upward move, a divergence is generated. This, in turn, would indicate a sell signal.

Bollinger Bands is a highly useful technical analysis tool. Its middle band (SMA) dictates an overall direction for the security while its outer bands indicate the level of volatility. The bands are wider whenever the price is volatile, and are narrower whenever the price is stable. Bollinger bands can be used to identify Buy/ Sell signals, overbought/oversold levels, divergences, and upcoming breakout/breakdown in the stock prices.