The Nasdaq Composite index saw some recovery so far in 2023, but it is down 19.1% over the past 52 weeks as it continues to get buffeted by macroeconomic headwinds. The current market downturn highlights the importance of focusing on stocks for solid companies and holding indefinitely. Doing so can help protect a portfolio from market fluctuations and temporary economic declines.

Apple (AAPL), Alphabet (GOOG) (GOOGL), and Walt Disney (DIS) have each suffered double-digit percentage declines in their stock prices over the last 12 months. Yet they remain leaders in lucrative markets and generate consistent long-term growth, making them excellent stocks to buy in 2023 and hold forever. Let’s take a closer look at these three stocks.

1. Apple
Apple shares have been a great long-term hold, with the company’s stock up 202% in the last five years and 657% in the last decade. The global tech giant maintains a robust business, with some of the world’s most in-demand products and almost unparalleled brand loyalty. These two characteristics are a big part of why investing luminary Warren Buffett dedicated nearly 38% of Berkshire Hathaway‘s investment portfolio to Apple stock. 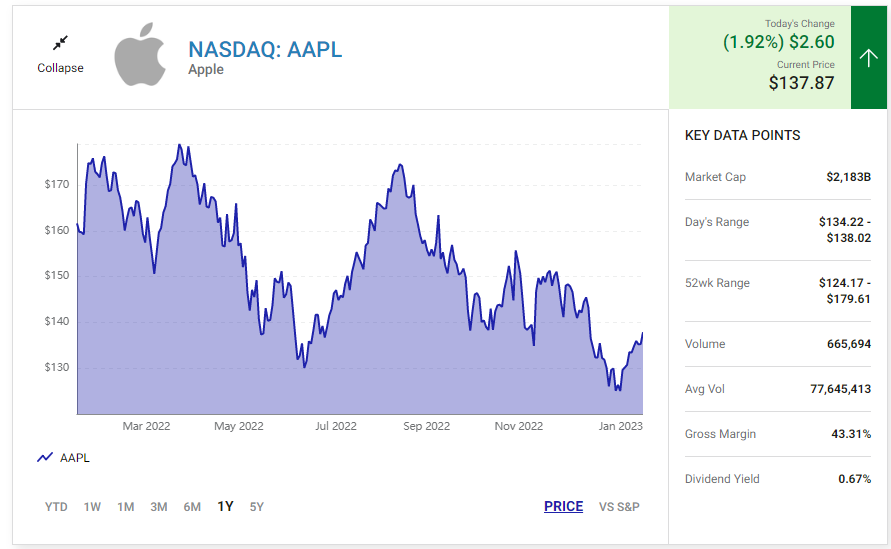 Apple’s annual revenue in fiscal 2022 (which ended Sept. 24) topped $394 billion and is up 48.5% from fiscal 2018’s total. At the same time, Apple’s operating income has increased 68%, and it now tops $119.4 billion. The company’s consistent growth makes its stock an asset to any portfolio, and one likely to provide significant gains for years.

With its stock price down 15.1% in the past year, The opportunity is there to invest in Apple and benefit from the discount price, especially if you plan to hold it for keeps.

2. Alphabet
Alphabet shares are down about 24% over the past year. But like many other tech stocks, the tech giant has been gradually trending upward since the start of 2023, rising almost 12% since Jan. 1. The company had a challenging 2022, with economic headwinds triggering declines in digital ad spending that slowed overall growth.

However, Alphabet remains home to potent (and growing) brands such as YouTube, Android, Pixel, and many other businesses in its Google segment. YouTube alone hosts 2.6 billion active users a day, and 52% of all internet users worldwide visit the site at least once a month. Meanwhile, Google has held an overwhelming majority market share in search engines, above 84% every year since at least 2015. 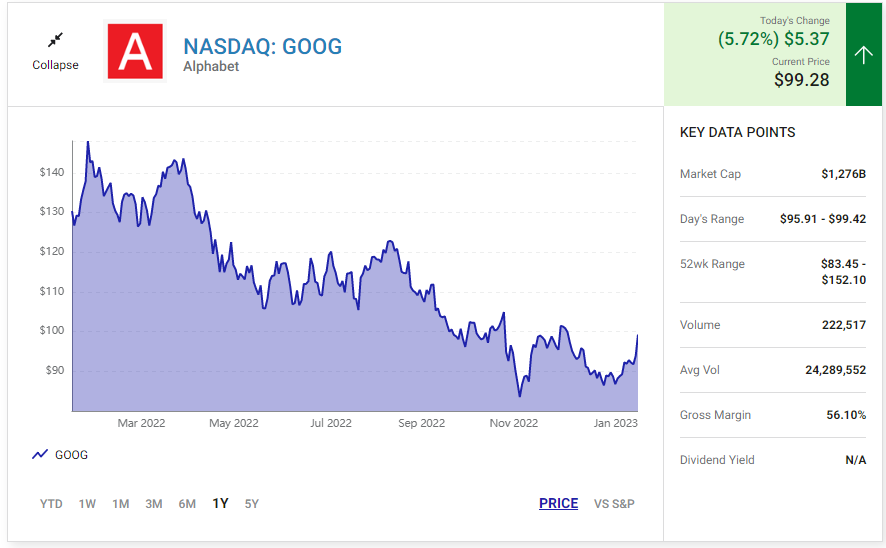 The company’s dominant role in markets such as online video sharing, search engines, and smartphone operating systems helped push its stock price up 71% in the last five years and 256% in the last 10.

Moreover, Alphabet’s price-to-earnings (P/E) ratio of 18 is at one of its lowest points in a decade; its ratio of price to free cash flow is similarly close to a 10-year low. As a result, now is the perfect time to get Alphabet’s stock at a bargain to hold indefinitely.

3. Walt Disney
Disney’s stock is down 24.7% in the past year. However, the company started 2023 strong, as its shares are up 19.1% since Jan. 1. Investors were encouraged that Avatar: The Way of Water is a box-office hit, now grossing move than $2 billion and becoming the sixth-highest-earning film in history after six weeks in theaters. The Avatar sequel reportedly cost $350 million to produce, according to Variety. The film’s profits will provide a much-needed boost to Disney’s media business.

In the company’s latest quarter (which ended Oct. 1), revenue in its media and entertainment distribution segment fell 3% year over year to $12.7 billion, alongside a 91% decline in operating income of $83 million. A box-office hit like Avatar: The Way of Water should help both these metrics improve. 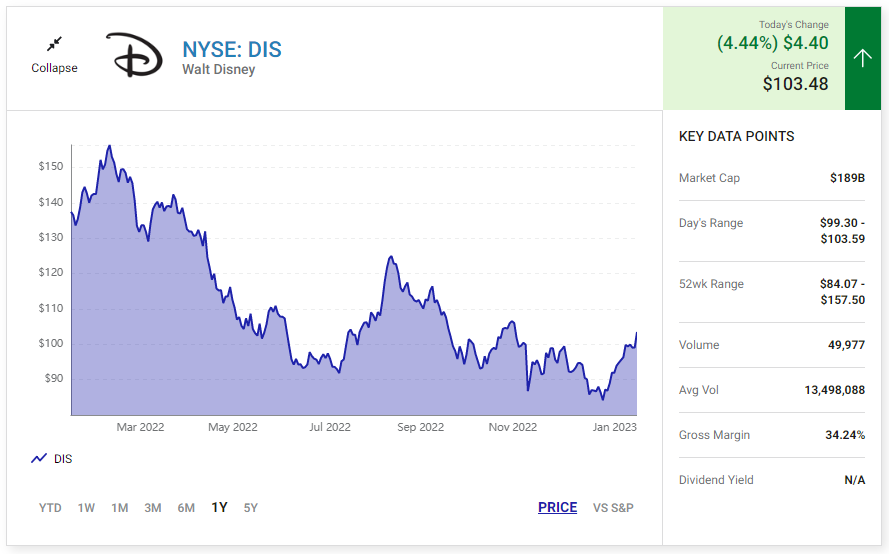 The hits to Disney’s media business were primarily fueled by significant investment in streaming content. This allowed Disney’s various streaming services (Disney+, Hulu, and ESPN+) to combine and achieve the most subscribers in the industry in the third quarter, and retain its leading position in the fourth, with 236 million subscribers compared to Netflix‘s 223 million. While expensive to attain, Disney’s spot at the top of streaming has it leading a $59.14 billion market that’s expected to grow at a compound annual growth rate (CAGR) of 21.3% through 2030 — which will likely boost revenue for years.

Moreover, the company expects operating losses to “narrow going forward” as it pushes Disney+ toward profitability by 2024.

With a media business swiftly reclaiming its losses and a booming parks business, Disney is worth an investment. You can pick up shares in 2023, and hold them for good.