Tesla, Inc. (NASDAQ: TSLA) seems to be poised for a price surge as per its latest charts. The company designs, develops, manufactures, leases, and sells electric vehicles, and energy generation and storage systems in the United States, China, and internationally. The company operates in two segments, Automotive, and Energy Generation and Storage. 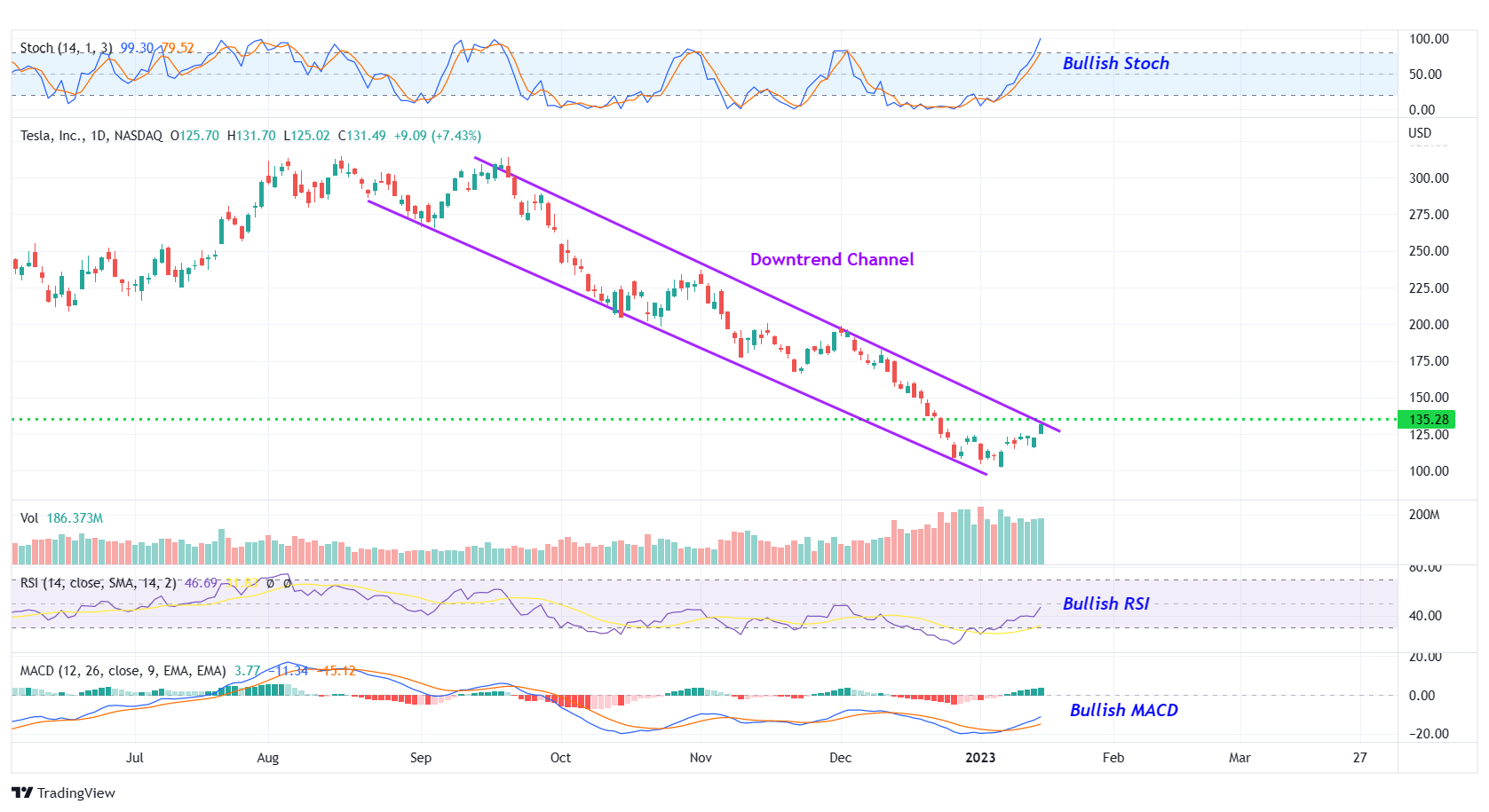 #2 MACD Above Signal Line: In the daily chart, the MACD line (light blue color) is currently above the MACD signal line (orange color) which is typically considered bullish.

#3 Bullish Stoch: The %K line (blue color) is above the %D line (orange color) of the stochastic in the daily chart, indicating possible bullishness.

#4 Bullish RSI: The RSI is moving higher from oversold levels and is currently nearing 50 as seen in the daily chart. This indicates possible bullishness. 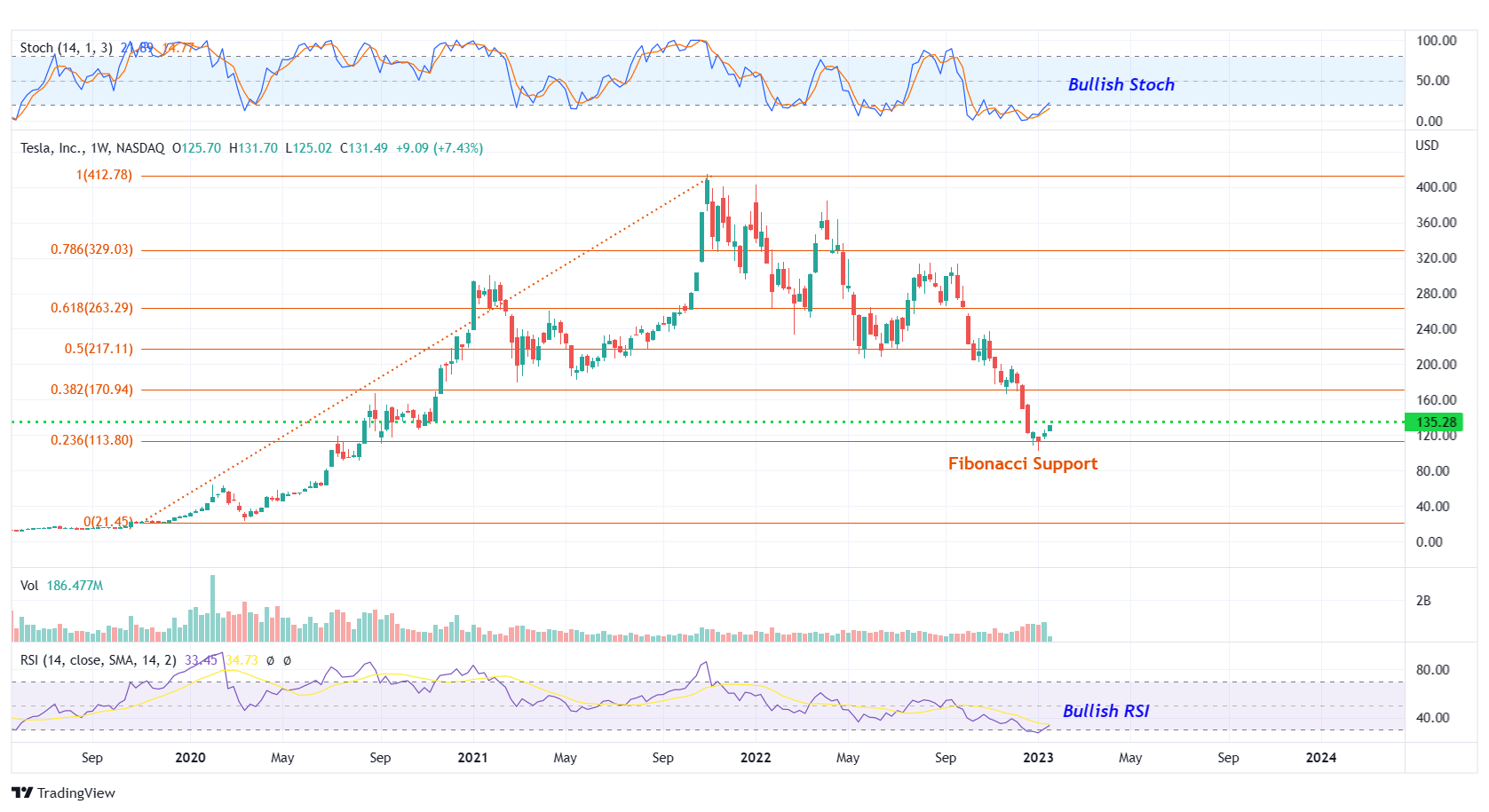 #6 %K above %D: The %K (blue) line of stochastic has currently crossed above the %D (Orange) line in the weekly chart as well and is also moving higher from oversold levels. This is a possible bullish indication.

#7 Bullish RSI: In the weekly chart, the RSI is currently moving higher from oversold levels. This is a possible bullish sign.

Buy Levels: If you want to get in on this trade, you can purchase the shares of TSLA above the price of around $135.30.

Risks to Consider
The stock may reverse its overall trend if it breaks down from the trend channel with a high volume. The sell-off of the stock could also be triggered in case of any negative news, overall weakness in the market, or any regulatory changes in the sector.