Teva Pharmaceutical Industries Limited (NYSE: TEVA) seems to be poised for a price surge as per its latest charts. The company develops, manufactures, markets, and distributes generic medicines, specialty medicines, and biopharmaceutical products in North America, Europe, and internationally. 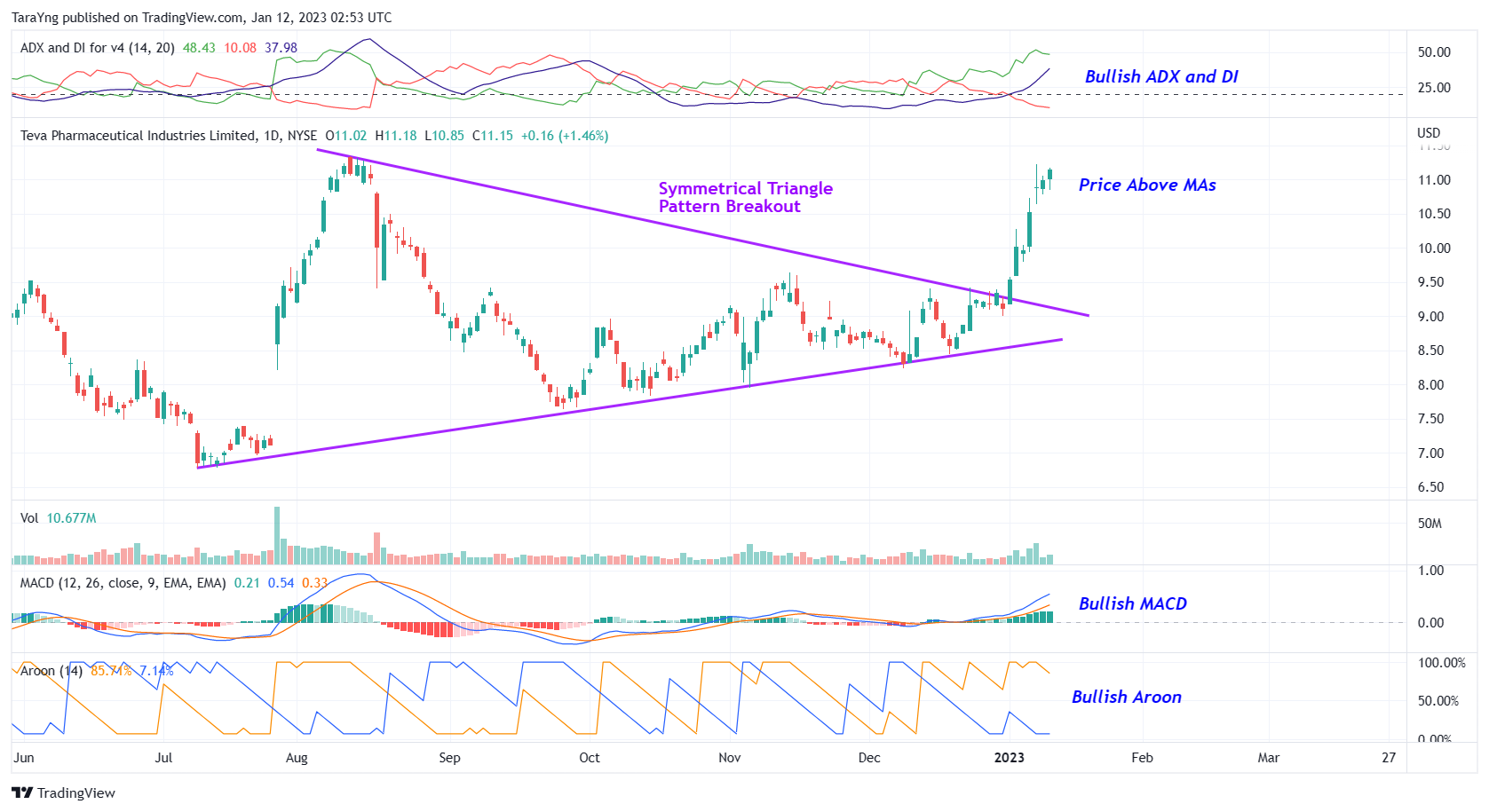 #4 Bullish ADX: The ADX indicator shows that the +DI line is currently above the –DI line and the ADX line has started to move up from below the –DI and +DI lines. This indicates possible bullishness.

#6 Above Support Area: As you can see from the weekly chart, the stock has currently moved up from a support level. This level is marked as a pink color dotted line. This looks like a good area for the stock to move higher. The stock is also trading above its 50-week and 200-week SMA, indicating that the bulls are firmly in control. 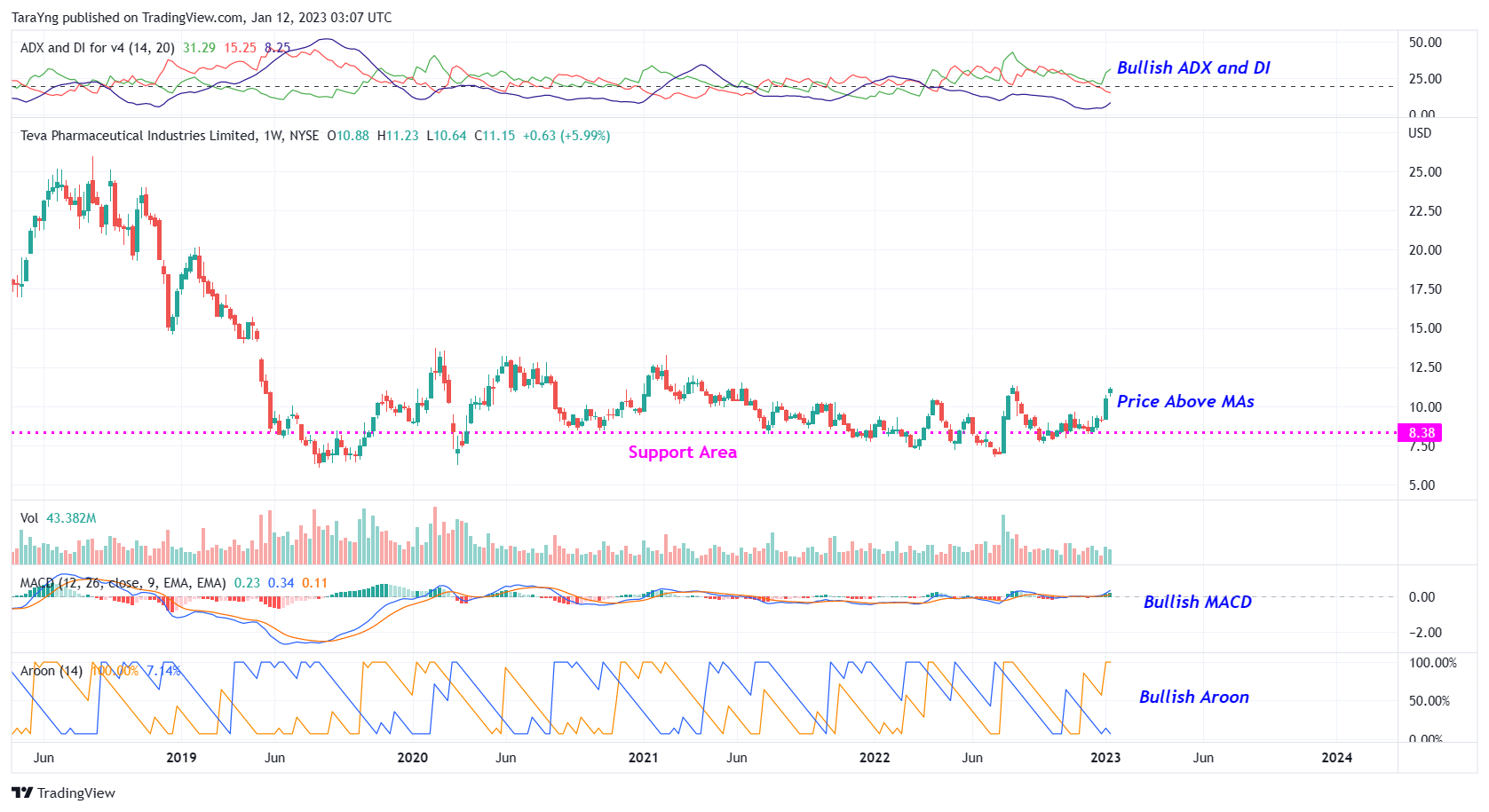 Buy Levels: If you want to get in on this trade, you can purchase the shares of TEVA above the price of around $11.20.

Risks to Consider
The stock may reverse its overall trend if it breaks down from the breakout level of the symmetrical triangle pattern with a high volume. The sell-off of the stock could also be triggered in case of any negative news, overall weakness in the market, or any regulatory changes in the sector.

#1 Stock for Rising Interest Rates [sponsor]
There's one industry set up perfectly to profit from these continued rate hikes. And it's probably one that you've never heard of before. I've been researching this small market sector for over 18 years, and I believe it's poised for a breakout year. Click here for all the details (including my top stock pick).