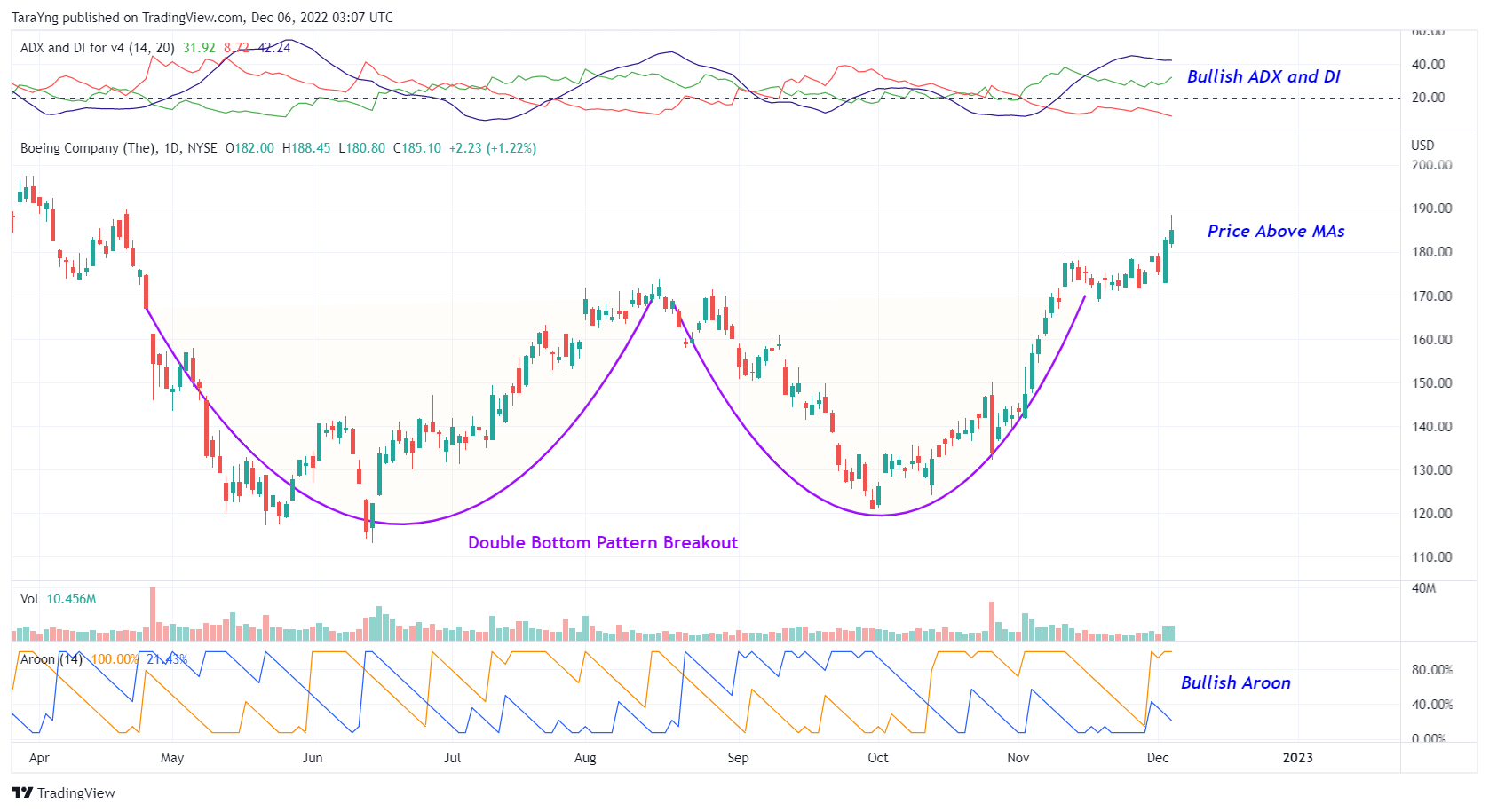 #3 Bullish ADX: The ADX indicator shows that the +DI line is currently above the –DI line and the ADX line has currently moved up from below the –DI and +DI lines. This indicates possible bullishness.

#4 Bullish Aroon: The value of Aroon Up (orange line) is above 70 while Aroon Down (blue line) is below 30 in the daily chart. This indicates possible bullishness.

#5 Symmetrical Triangle Pattern Breakout: The weekly chart shows that the stock had recently broken out a Symmetrical Triangle pattern. This is a continuation pattern and is characterized by two converging trend lines connecting a series of sequential peaks and troughs. This pattern is marked on the chart as pink color lines. The breakout from a symmetrical triangle pattern usually signifies a bullish move. The stock is also trading above its 50-week SMA, indicating that the bulls are gaining control. 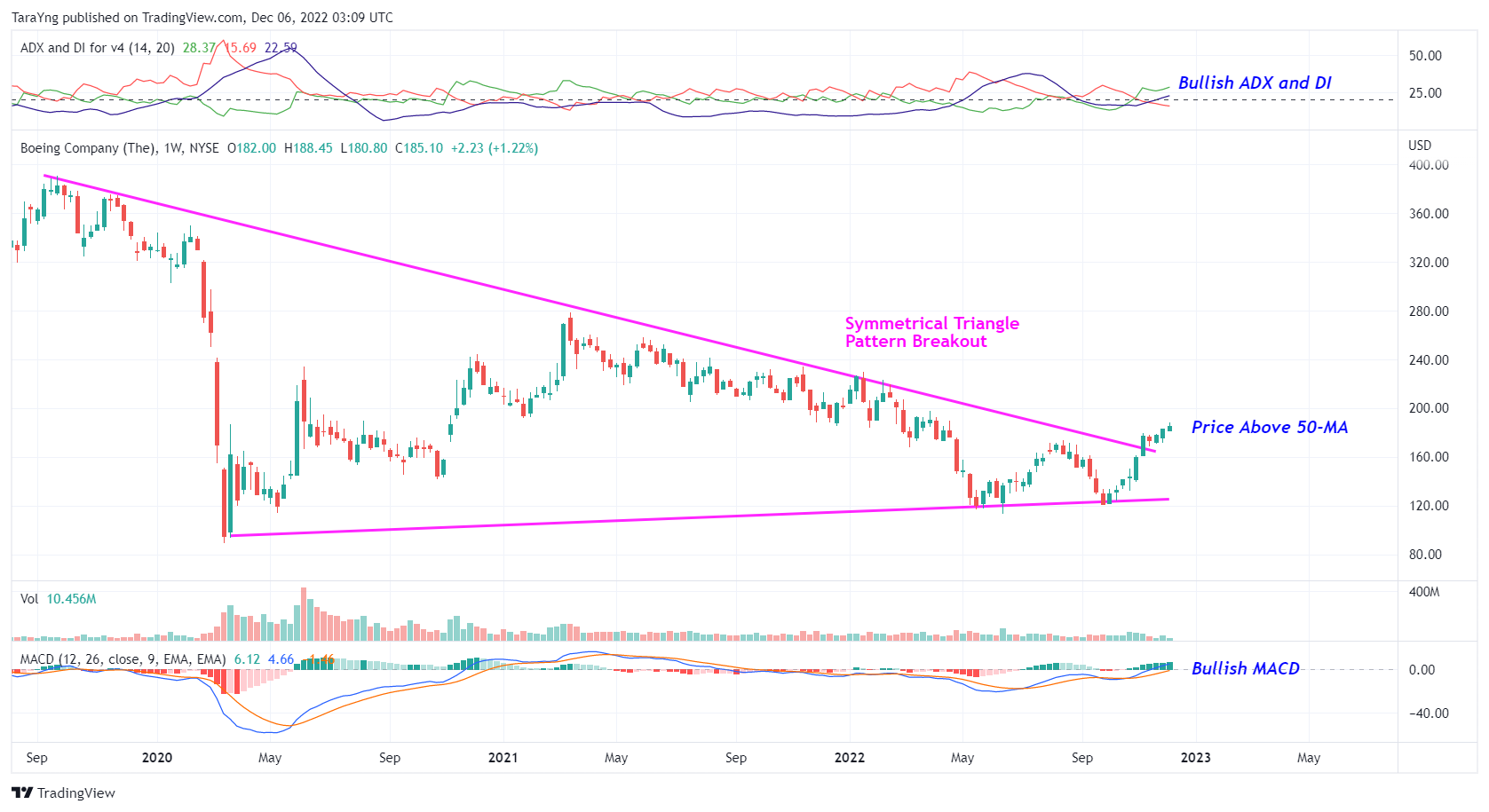 #6 Bullish MACD: The MACD line is above the MACD signal line in the weekly chart indicating bullishness.

#7 Bullish ADX and DI: In the weekly chart as well, the ADX indicator shows bullishness as the +DI line is currently above the –DI line and the ADX line has started to move up from below the –DI and +DI lines.

Buy Levels: If you want to get in on this trade, you can purchase the shares of BA above the price of around $186.60.

SL: To limit risk, place stop-loss at $182. Note that the stop-loss is on a closing basis.

Risks to Consider
The stock may reverse its overall trend if it breaks down from the breakout level of the double bottom pattern with a high volume. The sell-off of the stock could also be triggered in case of any negative news, overall weakness in the market, or any regulatory changes in the sector.

166% More Gains than the S&P 500 [sponsor]
Do you wait for an entire year for your stock portfolio to go up 10%? There’s a better way. Had you used Money Calendar trades, you could have grown your account 166% faster than the S&P 500 over the last four years. It’s still not too late though. There are 10 more Money Calendar trades scheduled to go up between now and December 6. Get the free tickers here before it’s too late.