Many tech stocks skyrocketed to all-time highs last year, but they subsequently surrendered those gains this year as investors fretted over inflation, rising interest rates, and other macroeconomic headwinds.

However, that sell-off also created promising buying opportunities for long-term investors who can tune out all the near-term noise. Let’s take a closer look at three of those tech stocks that investors should still buy even as the bear market drags on: Datadog (DDOG), ServiceNow (NOW), and Accenture (ACN).

1. Datadog
Datadog’s platform collects diagnostic data from a company’s servers, databases, and software in real time, then organizes all of that information onto unified dashboards for IT professionals. That streamlined approach makes it much easier to spot and diagnose problems. 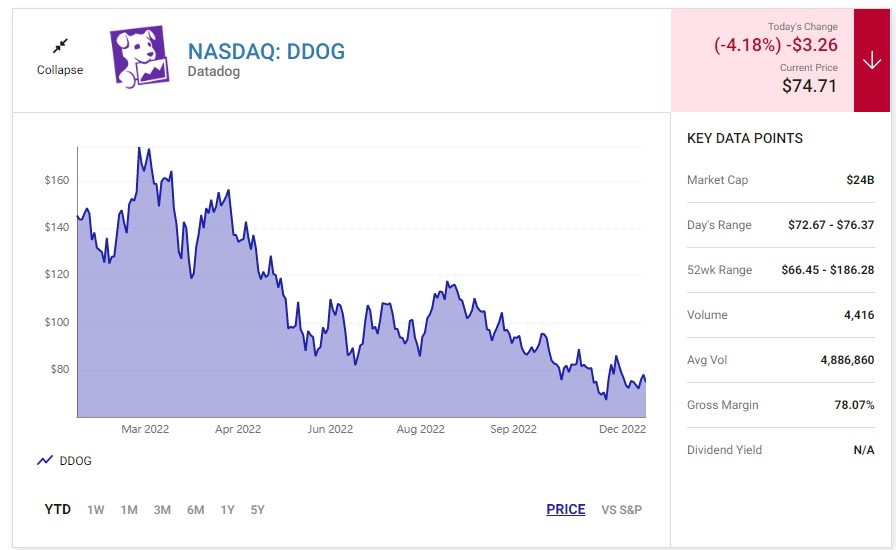 The market’s demand for Datadog’s services has been soaring since its public debut in 2019. Its revenue rose 66% in 2020, grew 70% in 2021, and it expects 60%-61% growth this year. Some 2,600 of its customers generated over $100,000 in annual recurring revenue in the third quarter of 2022, compared to only 858 of those high-value customers at the end of 2019. Its dollar-based net retention rate, which gauges its year-over-year revenue growth per customer, has also consistently stayed above 130% over the past year.

Datadog isn’t consistently profitable using generally accepted accounting principles (GAAP) yet, but it turned profitable on a non-GAAP basis in 2020. Its non-GAAP earnings per share (EPS) more than doubled in 2021, and it expects 88%-92% growth this year.

Those growth rates seem stellar, but Datadog’s stock still plummeted nearly 60% this year amid the broader sell-off in higher-growth tech stocks. But after that painful sell-off, Datadog looks a lot more reasonably valued at 65 times forward earnings and 11 times next year’s sales. It still isn’t a screaming bargain yet, but its high growth rates and early-mover advantage in its niche of unified diagnostic dashboards indicate it still has plenty of upside potential.

2. ServiceNow
ServiceNow’s cloud-based platform helps large companies organize their unstructured work patterns into streamlined digital workflows. Those improvements help companies optimize their operations, cut costs, and increase their support for hybrid and remote workers. The market’s demand for its services has been booming: Between 2012 and 2021, its subscription revenue rose from $205 million to $5.5 billion, representing a compound annual growth rate (CAGR) of 44%. 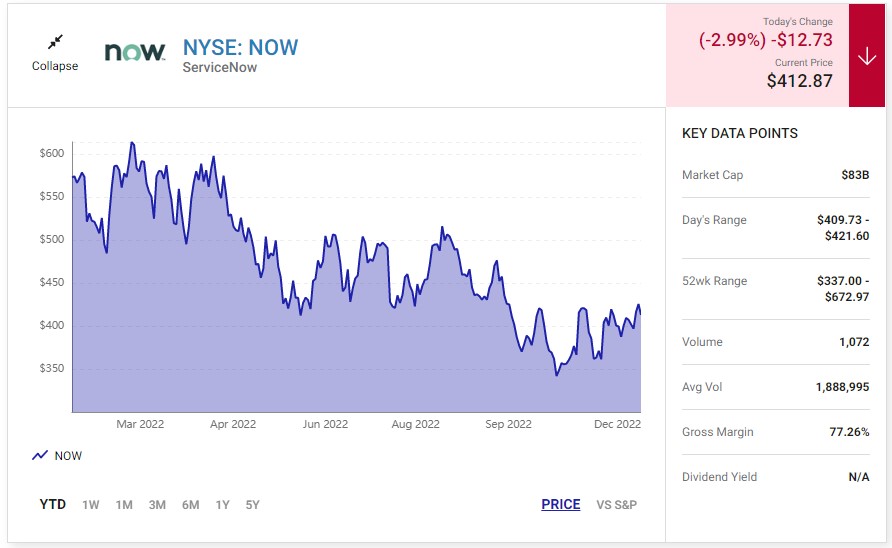 ServiceNow already serves roughly 80% of the Fortune 500, but it could still have plenty of room to grow. Grand View Research estimates that the entire workflow management systems market could still expand at a CAGR of 30.6% from 2021 to 2028 as more companies prioritize their digital transformations.

That’s why it isn’t surprising that ServiceNow expects to generate over $16 billion in annual revenue in 2026, which implies its top line will grow at a CAGR of at least 22.5% from 2021 to 2026. The company is also consistently profitable by both GAAP and non-GAAP metrics, making it a more stable bet than many other high-growth cloud software companies.

ServiceNow’s growth was hobbled by currency headwinds over the past year, but analysts still expect its revenue and adjusted EPS to rise 23% and 24%, respectively, in 2022. Its stock might seem a bit pricey at 43 times forward earnings and 9 times next year’s sales, but I believe its aforementioned strengths easily justify those higher valuations. 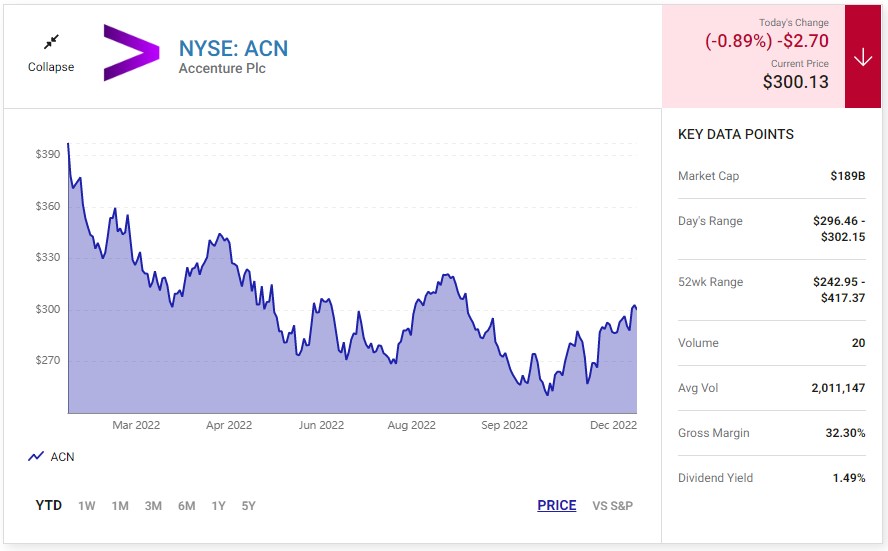 Those stable growth rates should persist as long as companies continue to digitize their infrastructure. During a conference call earlier this year, Accenture’s CEO Julie Sweet predicted that large companies would digitally transform “every part of every business” to improve their operating efficiency over the long term. Sweet also expects companies to consistently hire more of its IT professionals to upgrade their cloud infrastructure, cybersecurity defenses, and digital marketing efforts.

For fiscal 2023, analysts expect Accenture’s revenue and earnings to grow 4% and 6%, respectively, even as it faces tough macro headwinds related to slower enterprise spending, challenges in Europe related to the Russian invasion of Ukraine, and a strong dollar. Its stock might not seem like a bargain at 26 times forward earnings, but its resilience throughout prior economic downturns and its exposure to the same digital transformation trends as ServiceNow arguably justify that higher valuation.