Most stocks don’t deliver explosive gains. That’s obvious by simply looking at the performance of indexes that track the total stock market.

There are a few that do, though. They’re the kinds of stocks that many investors kick themselves for not buying earlier. It’s hard to spot these potential winners before they take off. But it’s not impossible. Here are three growth stocks to buy that could skyrocket.

1. Axsome Therapeutics
Axsome Therapeutics (AXSM) is already a big winner this year. The biotech stock has soared more than 50%. This impressive performance is primarily due to Axsome’s Auvelity securing U.S. Food and Drug Administration (FDA) approval in August for treating major depressive disorder. 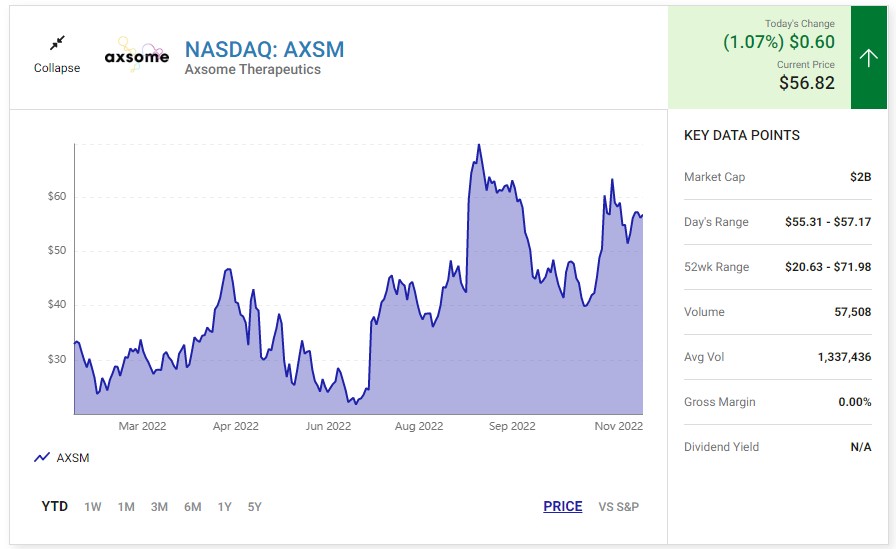 Wall Street analysts think that Axsome stock will go a lot higher. The consensus 12-month price target reflects an upside potential of around 70%. I suspect that this bullish take is warranted.

Auvelity could rake in peak annual sales of up to $1.8 billion, according to Jefferies analyst Chris Howerton. Axsome acquired the U.S. rights to sleep-disorder drug Sunosi from Jazz Pharmaceuticals earlier this year and expects to soon close on the ex-U.S. rights.

Even with its big gain this year, Axsome’s market cap is still only around $2.5 billion. If the company’s current products and pipeline programs come anywhere close to fulfilling their potential, this stock should be worth a lot more down the road.

2. Mercadolibre
Mercadolibre (MELI) hasn’t delivered for investors this year. Shares of the Latin American e-commerce and fintech company are down roughly 30%. But that disappointing stock performance doesn’t mean that MercadoLibre won’t be able to generate sizzling returns in the future. 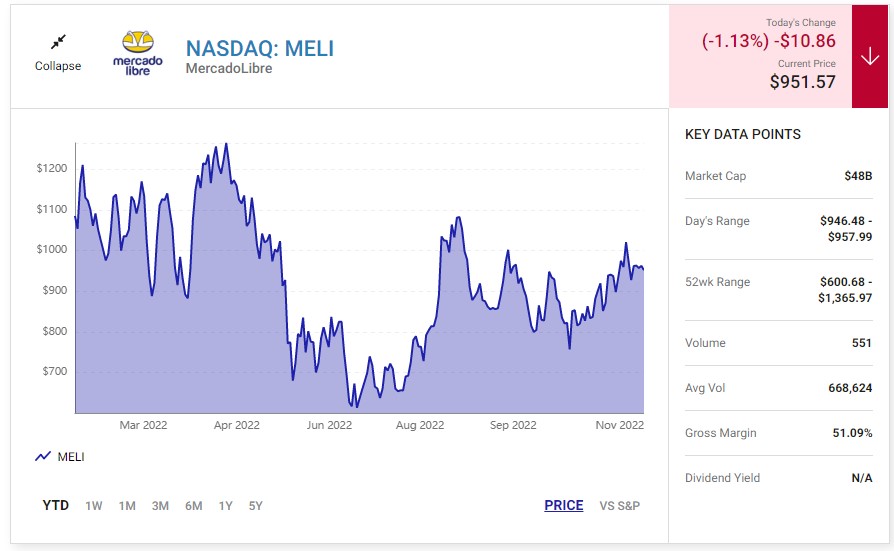 Analysts think that MercadoLibre stock has plenty of room to run. The average price target for the stock is 34% higher than the current share price. That level of gain seems attainable, in my view, if the Latin American economy doesn’t nosedive.

Over the long term, MercadoLibre’s prospects look very bright. The e-commerce penetration rate in Latin America is still low. There are also many individuals in region who could benefit from the company’s fintech products.

3. Novocure
Novocure (NVCR) is kind of the Goldilocks of this group. The stock hasn’t been too hot or too cold this year. However, I think Novocure could soon take off. 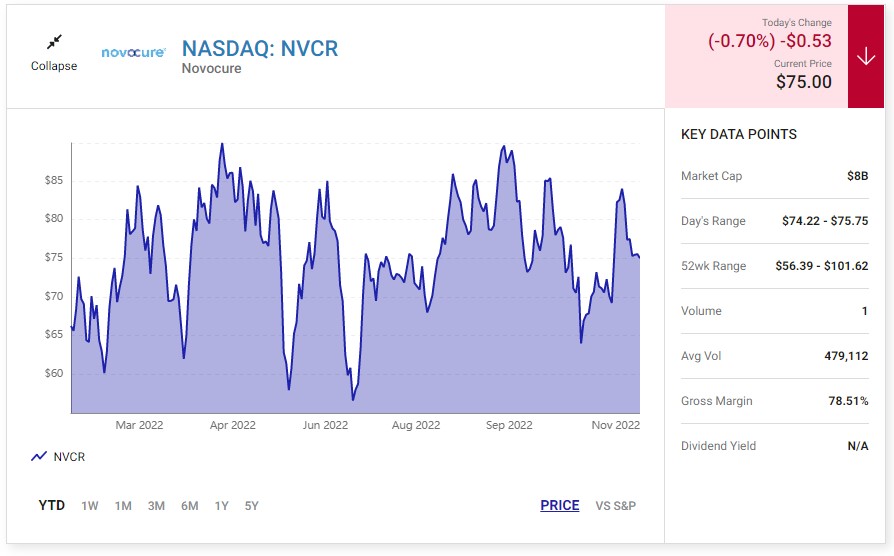 Mark January 2023 on your calendar. That’s when Novocure plans to announce results from a late-stage study evaluating its tumor-treating fields (TTFields) therapy in treating non-small cell lung cancer. The chances that those results are positive should be pretty good.

But that’s not the only catalyst for Novocure that’s on the way. The company also expects to report data from a late-stage study of TTFields in ovarian cancer next year. Results from two other phase 3 studies targeting brain metastases and pancreatic cancer should be revealed in 2024.

These four new indications represent a market opportunity that’s 14 times larger than Novocure’s current market for TTFields in treating glioblastoma and mesothelioma. Good news with the company’s upcoming clinical results could cause the stock to skyrocket.