Mirati Therapeutics Inc. (NASDAQ: MRTX) seems to be poised for a price surge as per its latest charts. The clinical-stage oncology company develops product candidates to address the genetic and immunological promoters of cancer in the United States.

#1 Ascending Triangle Pattern Breakout: The daily chart shows that the stock has currently broken out of an ascending triangle pattern. An Ascending Triangle pattern is a bullish pattern. This is marked on the daily chart in pink color lines. A breakout from this pattern typically indicates bullishness. The base of the triangle generally acts as a good support level after the breakout. 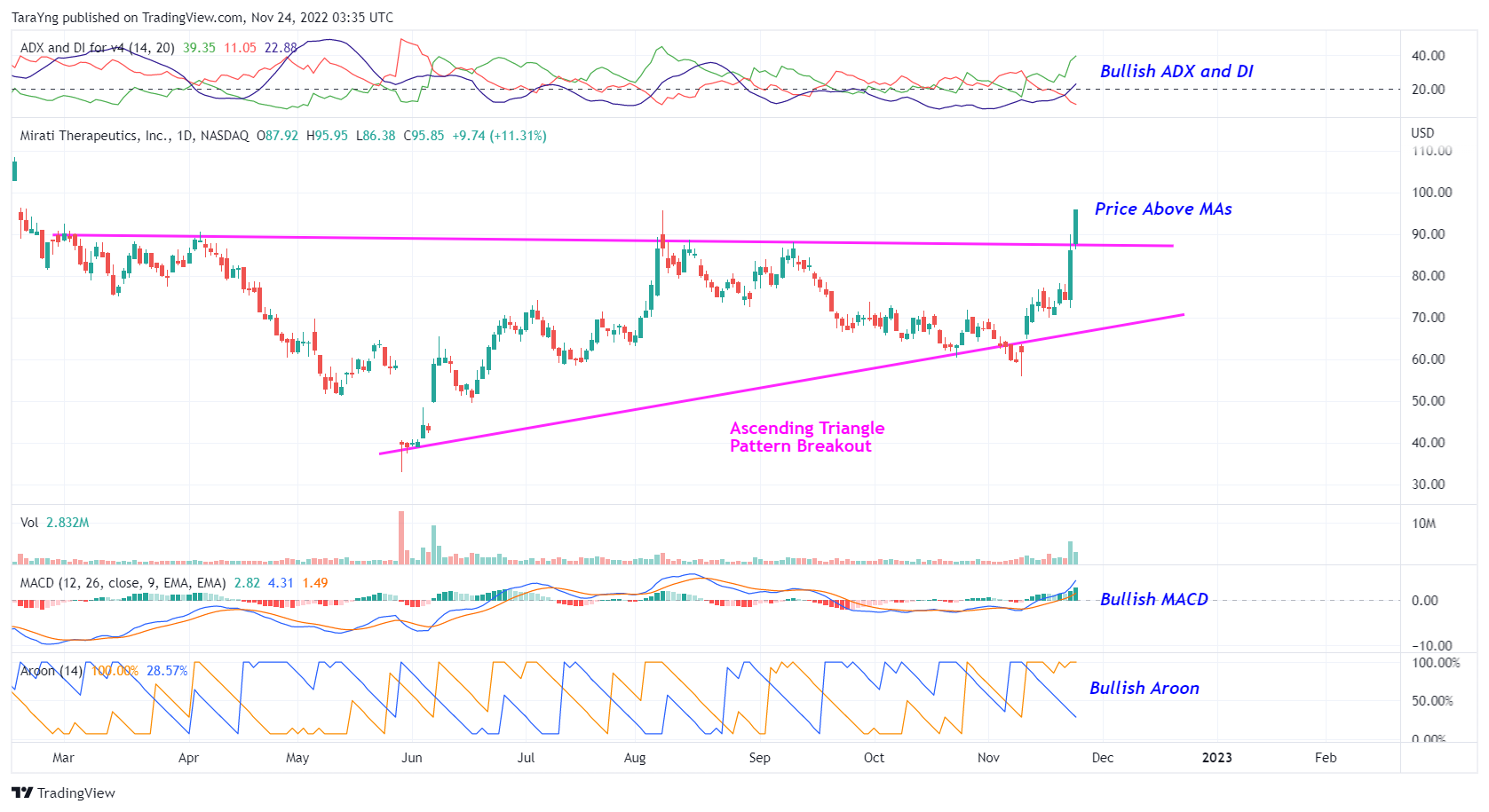 #4 Bullish ADX: The ADX indicator shows that the +DI line is currently above the –DI line and the ADX line has started to move up from below the –DI and +DI lines. This indicates possible bullishness.

#6 Above Support Area: As you can see from the weekly chart, the stock has currently moved up from a resistance-turned-support level. This level is marked as a purple dotted line. This looks like a good area for the stock to move higher. The stock is also trading above its 50-week SMA, indicating that the bulls are in control. 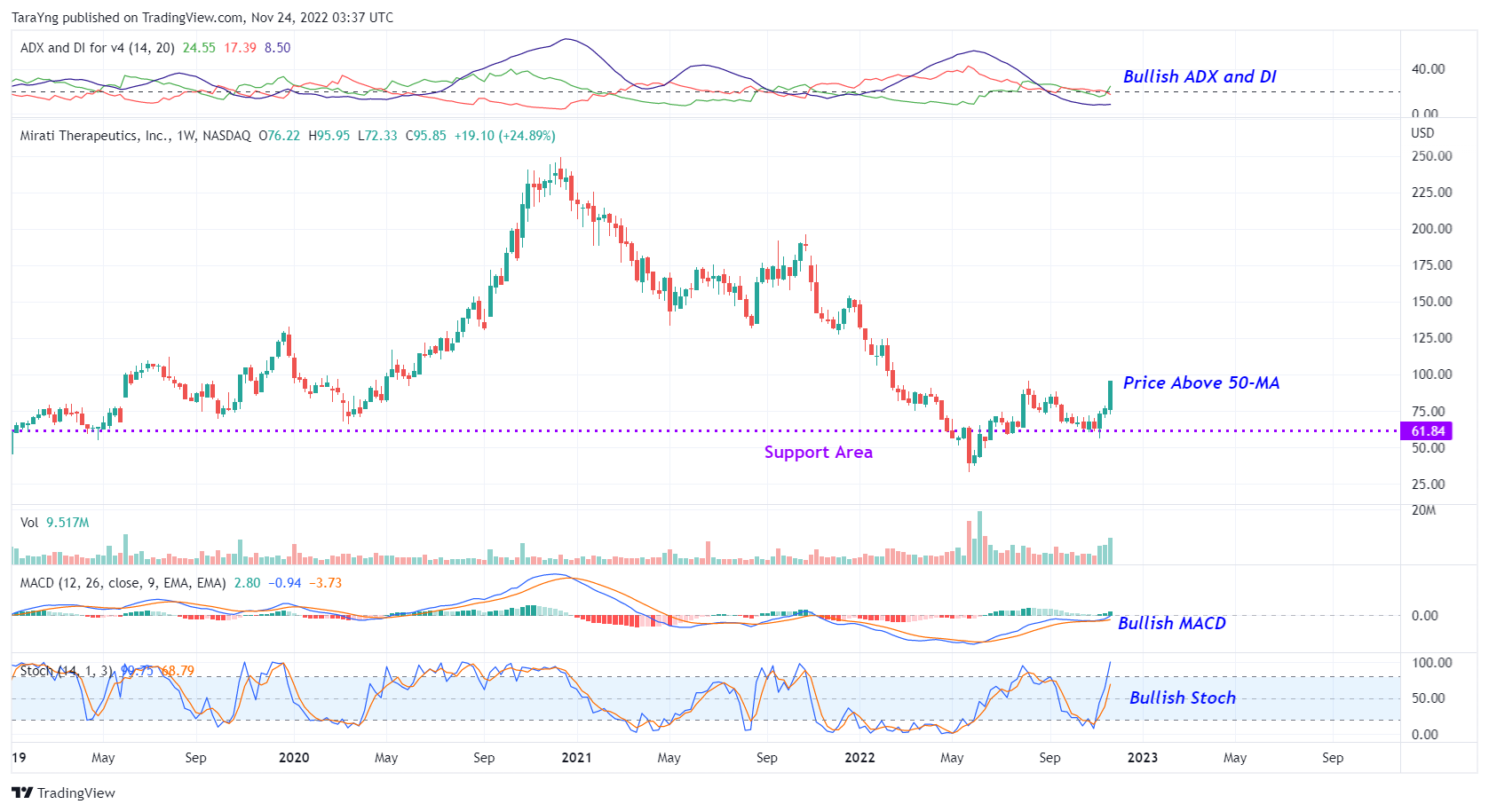 #7 %K above %D: The %K (blue) line of stochastic has currently crossed above the %D (Orange) line in the weekly chart. This is a possible bullish indication.

#8 Bullish MACD: The MACD line is above the MACD signal line in the weekly chart as well, indicating bullishness.

Buy Levels: If you want to get in on this trade, you can purchase the shares of MRTX above the price of around $96.00.

Risks to Consider
The stock may reverse its overall trend if it breaks down from the breakout level of the ascending triangle pattern with a high volume. The sell-off of the stock could also be triggered in case of any negative news, overall weakness in the market, or any regulatory changes in the sector.