Last week was a letdown for investors long the market after a strong rally the week before. The “three stocks to avoid” in my column that I thought were going to lose to the market last week — Coinbase, Despegar.com , and Bowlero — fell 21%, 12%, and 12%, respectively, averaging out to a 15% plunge.

Now let’s look at the week ahead. I see Best Buy (BBY), Luckin Coffee (LKNC.Y), and Apple (AAPL) as stocks you might want to consider steering clear of this week. Let’s go over my near-term concerns with all three investments.

A seated person looking down with question marks on the wall with a downward-moving red stock chart line.

1. Best Buy
Best Buy’s revival a few years ago was a thing of beauty. Now we’re seeing that the last major consumer-electronics superstore chain still standing is on wobbly legs.

The retailer reports fresh financials on Tuesday morning, and it won’t be pretty. Analysts see revenue clocking in 13% lower than the prior-year’s fiscal third quarter. Its profit is expected to be cut in half.

The near-term outlook is uninspiring. Wall Street pros see revenue slipping 11% for the current holiday quarter, as well as the entire fiscal 2023 year that ends in January. Profitability should take a bigger hit. If you’re buying Best Buy for that chunky 4.9% yield, that’s a dicey proposition when its bottom line is going the wrong way.

Rising costs and the inability of a brick-and-mortar chain to compete on price with bare-boned online merchants are making life hard for Best Buy, again. Now we have a potentially dimming economy setting back demand for consumer electronics.

To be fair, Best Buy’s renaissance wasn’t that exciting. You have to go back to fiscal 2009 — 14 years — to find the last time that this chain delivered top-line gains in the double digits. 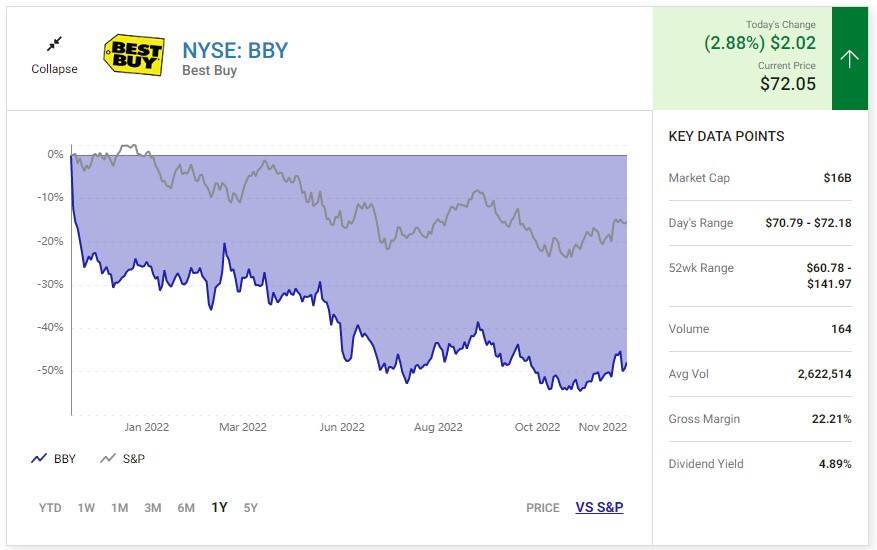 2. Luckin Coffee
If you were to construct the perfect stock to avoid in a lab, it would probably look a lot like Luckin Coffee. It’s a China-based company at a time when most investors outside of the country are steering clear of the market as geopolitical tensions and anti-capitalism fervor rise.

Let’s also not forget that Luckin Coffee is a stock that — like its hot java — already burned investors before. You surely remember the accounting scandal of 2020.

Have you checked on Luckin Coffee stock lately? The stock is a 20-bagger off its C-suite drama low. The shares ended this past week within 0.5% of a new two-year high, nearly quadrupling from this-year’s springtime bottom. We’ll get an update on how it’s brewing when it pours a cup of third-quarter results on Tuesday.

Luckin Coffee has done a commendable job turning things around. After years of losses, it was profitable in 2021. Revenue continued to grow.

However, Luckin Coffee’s top-line gains have decelerated for four consecutive quarters. It also posted a loss in its previous quarter.

With the Chinese economy slowing as a result of the COVID-19 crisis and alienating international trade partners, it’s hard to get excited about Luckin Coffee. It may seem like a low-priced indulgence, but it’s a luxury that consumers will avoid if they need to save their money for more-pressing expenses. 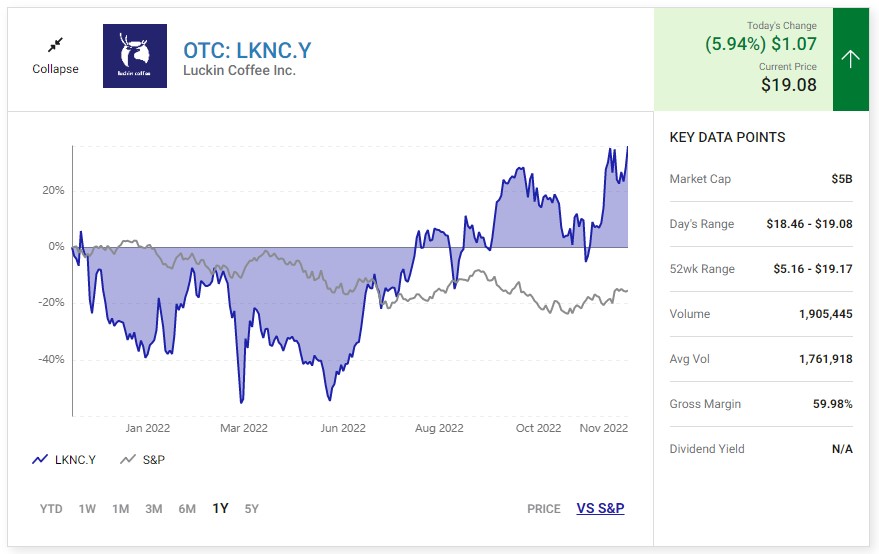 3. Apple
Let’s wrap-up this-week’s list by picking on the country’s most valuable company by market cap. I’m a longtime fan and investor in Apple, but I can see why it’s a scary stock to hold heading into this particular holiday shopping season. The economy is on iffy footing, credit card debit is rising, and Apple isn’t going to be immune from consumers steering clear of big-ticket purchases this season.

Apple held up well when most tech stocks got slammed earlier this year, but the class act of Cupertino is finally proving mortal. It doesn’t help that its annual refresh of popular products wasn’t overly impressive. With money already tight, it’s easy to see consumers ride this year out and see what Apple springs on us in 2023.

Analysts aren’t excited. They see revenue and earnings per share rising a mere 3% and 2%, respectively, for the new fiscal year. 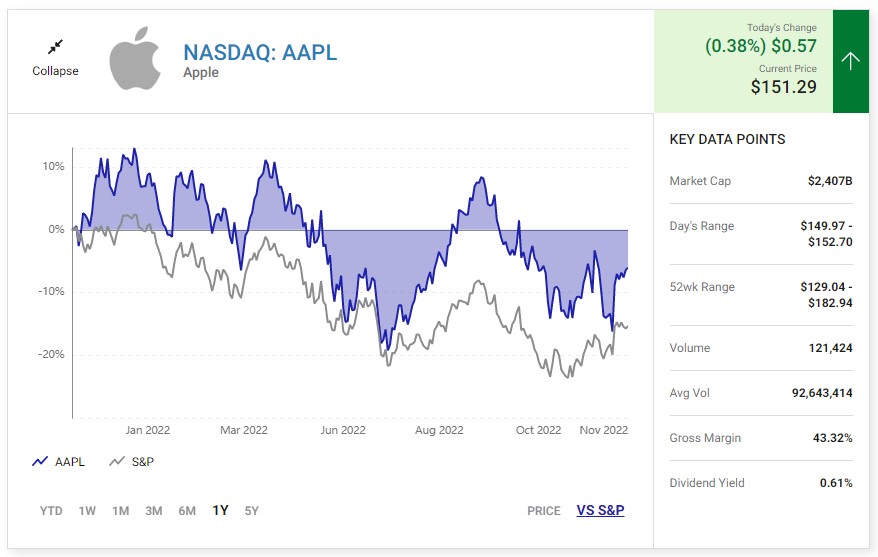 It’s going to be a bumpy road for some of these investments. If you’re looking for safe stocks, you aren’t likely to find them in Best Buy, Luckin Coffee, and Apple this week.