Lululemon Athletica Inc. (NASDAQ: LULU) seems to be poised for a price surge as per its latest charts. The company is a U.S.-Canadian athletic apparel retailer headquartered in British Columbia and incorporated in Delaware. 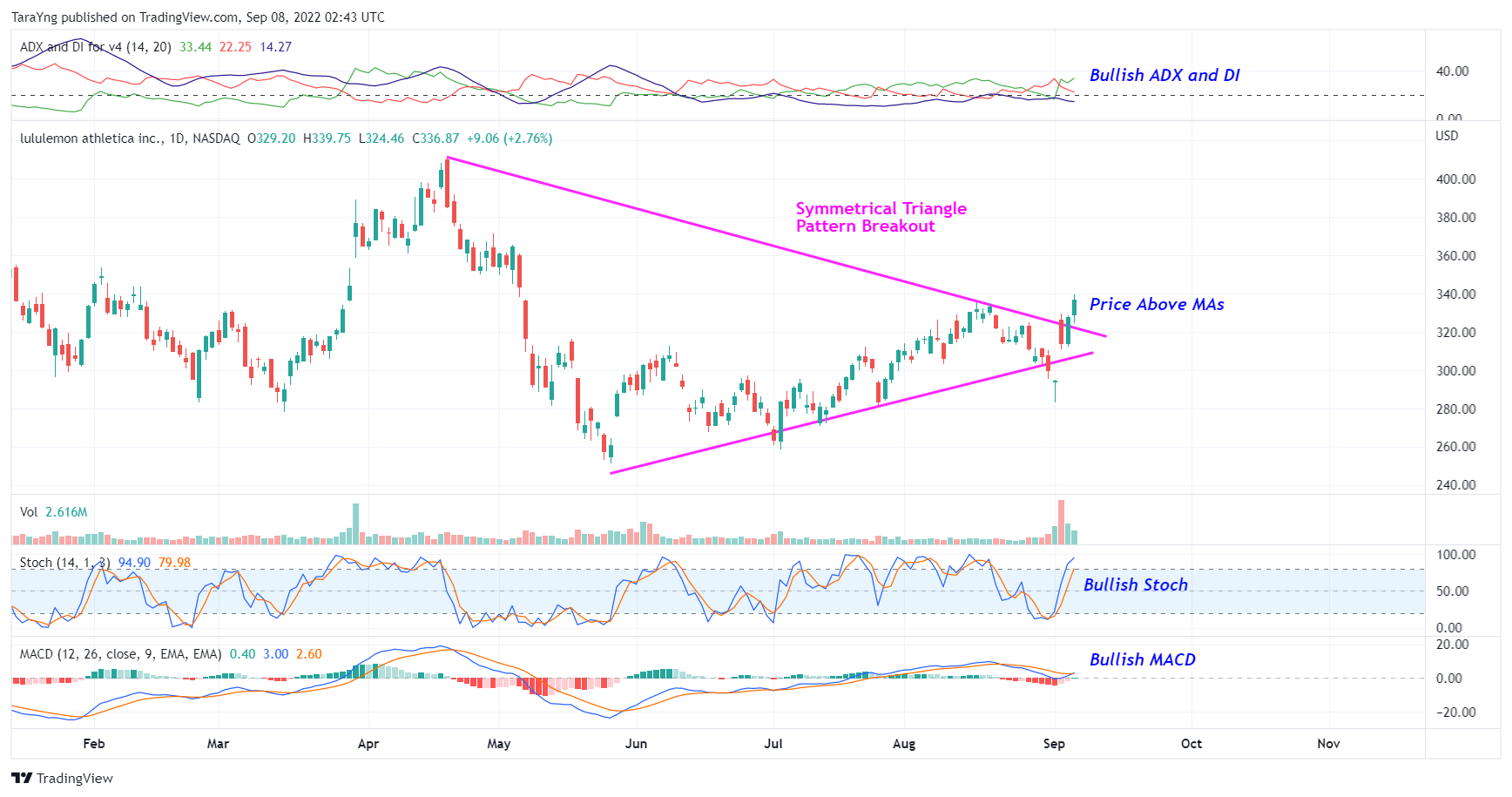 #6 Flag Pattern Breakout: The weekly chart shows that the stock was in an uptrend after which it started consolidating and was in a narrow range. This is a classic flag pattern and is marked in the chart in purple color. Currently, the stock has broken out of the flag. A Flag is a continuation pattern. Whenever a stock breaks out of the flag pattern, it typically continues its previous trend (uptrend in this case). The stock is also trading above its 200-week SMA. All these are possible bullish indications. 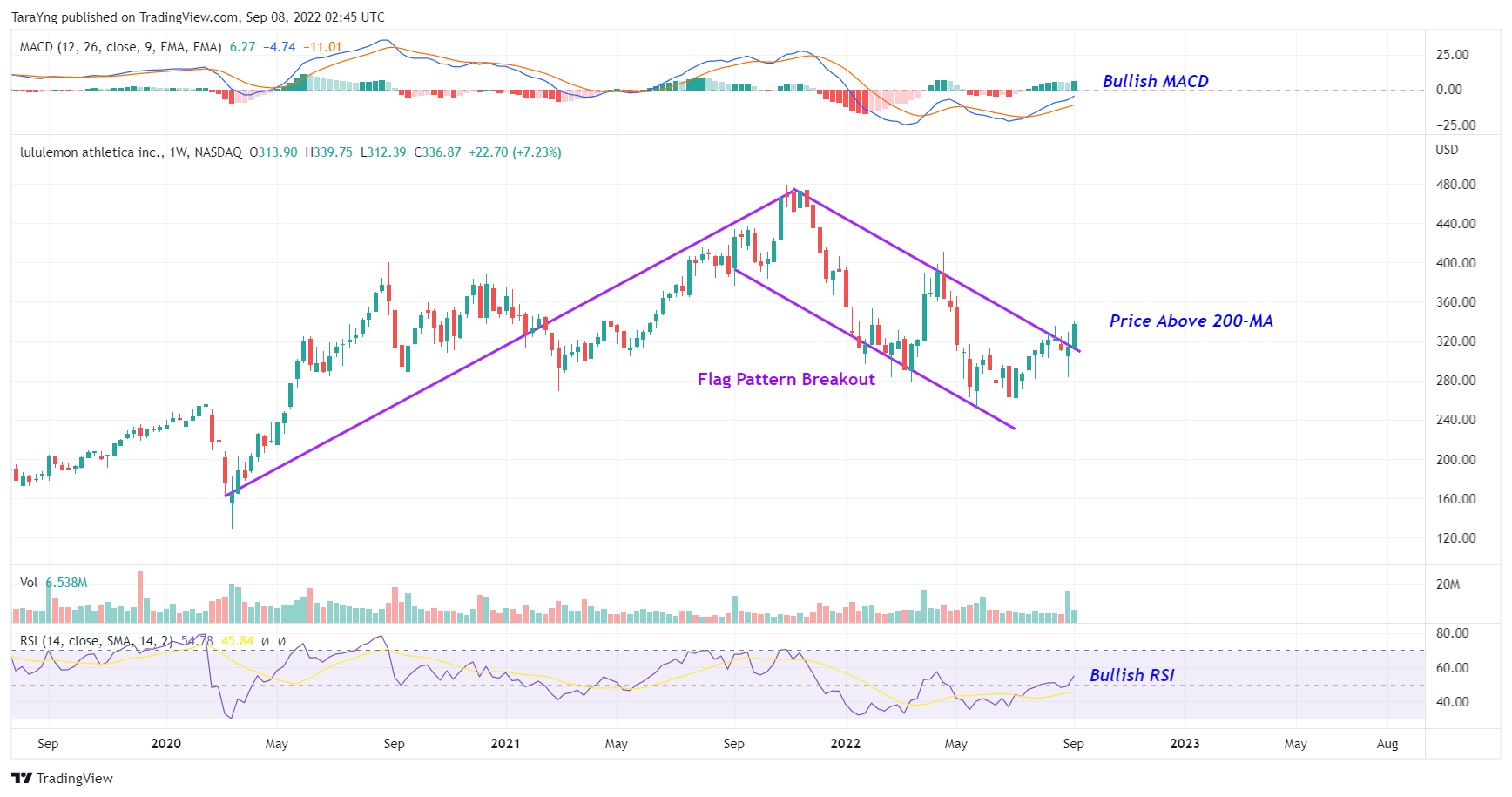 #8 Bullish RSI: In the weekly chart, the RSI is currently above 50 and moving higher. This is a possible bullish sign.

Buy Levels: If you want to get in on this trade, you can purchase the shares of LULU above the price of around $338.30.

SL: To limit risk, place stop-loss at $333. Note that the stop-loss is on a closing basis.

Risks to Consider
The stock may reverse its overall trend if it breaks down from the symmetrical triangle pattern with a high volume. The sell-off of the stock could also be triggered in case of any negative news, overall weakness in the market, or any regulatory changes in the sector.

Buy This $5 Stock BEFORE This Apple Project Goes Live [sponsor]
Apple is about to unveil its biggest project yet... And the analyst who was ranked as America's #1 Stock Picker in 2020 by TipRanks has found a backdoor Apple play that could give early investors a shot at 40X gains. The best part is all you need is $5 to get started! Click here for more details.