Cinemark Holdings, Inc. (NYSE: CNK) seems to be poised for a price surge as per its latest charts. The company, together with its subsidiaries, engages in the motion picture exhibition business. 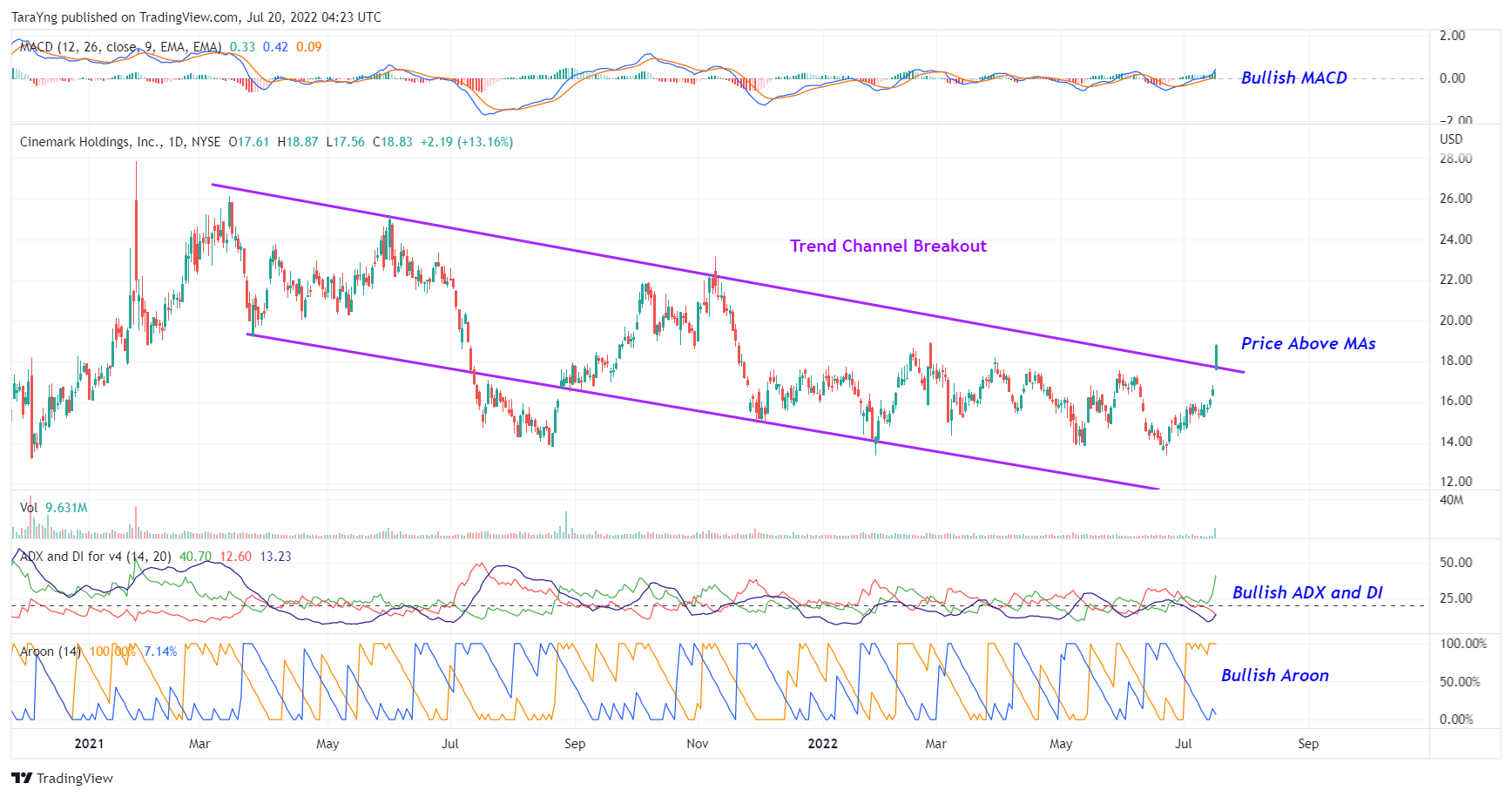 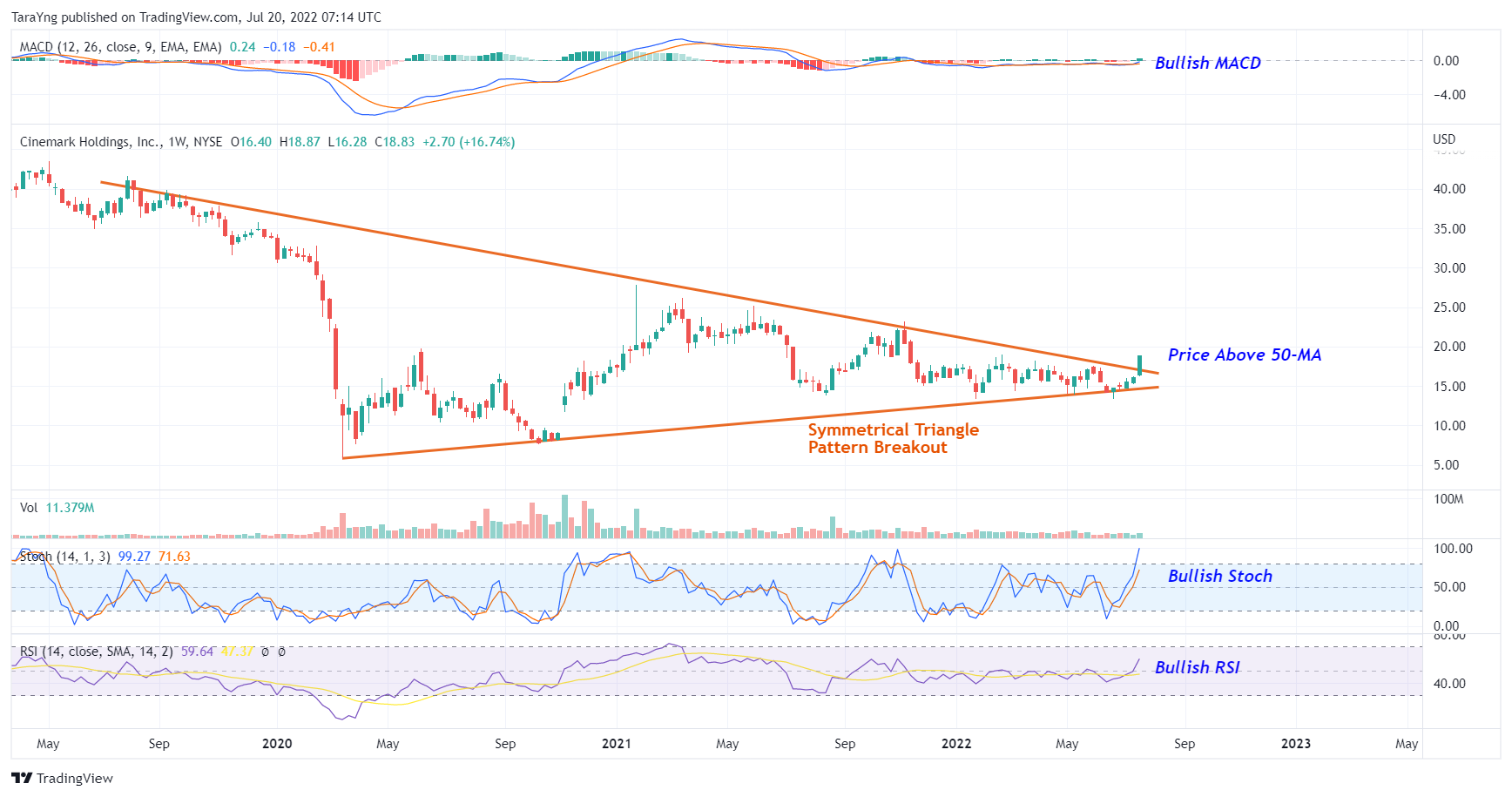 #7 %K above %D: The %K (blue) line of stochastic has currently crossed above the %D (Orange) line in the weekly chart, and is also moving higher from oversold levels. This is a possible bullish indication.

#8 Bullish RSI: In the weekly chart, the RSI is currently above 50 and moving higher. This is a possible bullish sign.

Buy Levels: If you want to get in on this trade, you can purchase the shares of CNK above the price of around $18.90.

Risks to Consider
The stock may reverse its overall trend if it breaks down from the trend channel with a high volume. The sell-off of the stock could also be triggered in case of any negative news, overall weakness in the market, or any regulatory changes in the sector.