Kellogg Company (NYSE: K) seems to be poised for a price surge as per its latest charts. The company manufactures and markets snacks and convenience foods. 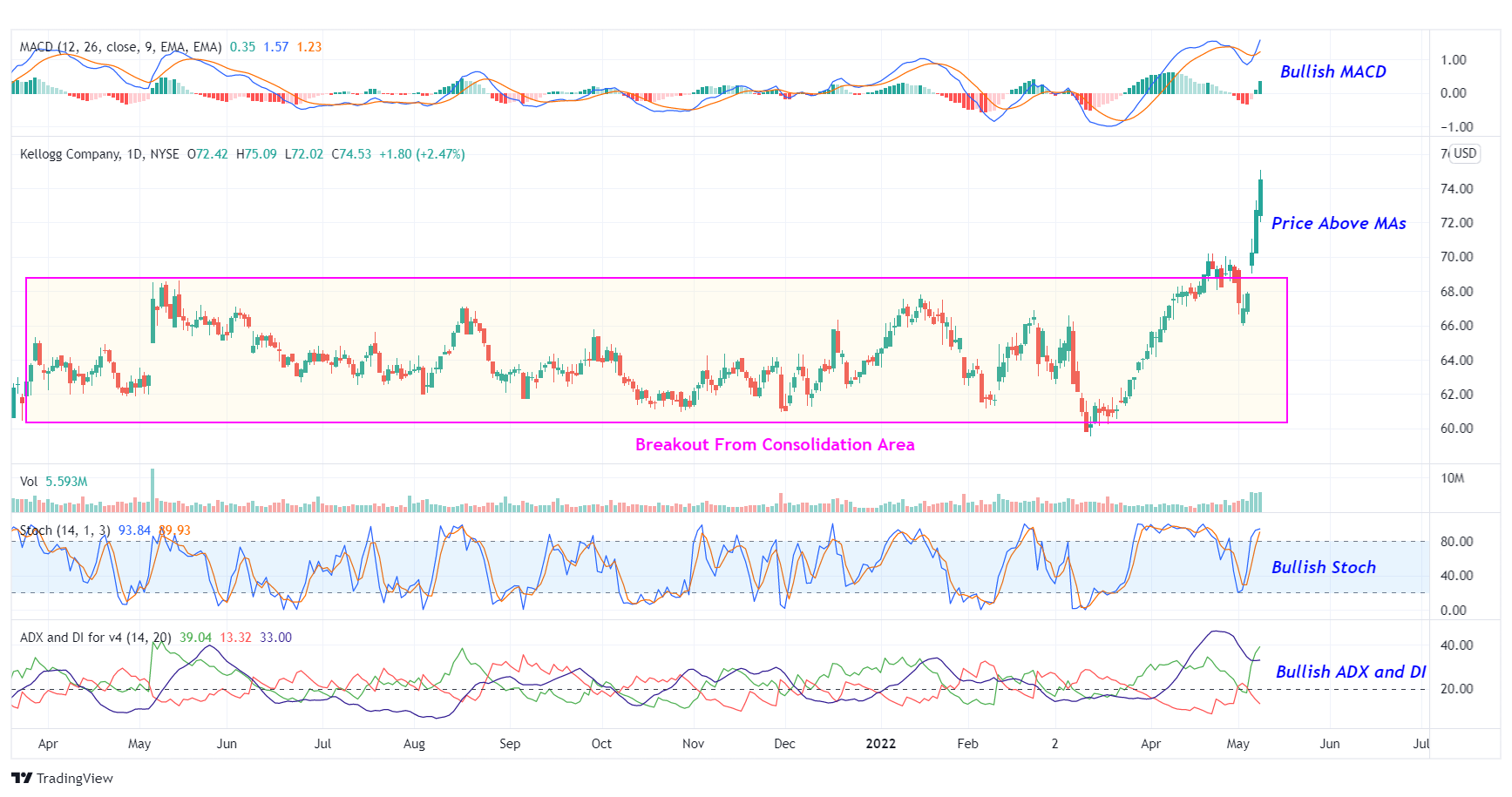 #6 Symmetrical Triangle Pattern Breakout: The weekly chart shows that the stock had recently formed a Symmetrical Triangle pattern. This is a continuation pattern and is characterized by two converging trend lines connecting a series of sequential peaks and troughs. This pattern is marked on the chart as purple color lines. The breakout from a symmetrical triangle pattern usually signifies a bullish move. Currently, the stock has broken out of the symmetrical triangle pattern which is a possible bullish sign. The stock is also trading above its 50-week and 200-week SMA, indicating that the bulls are firmly in control. 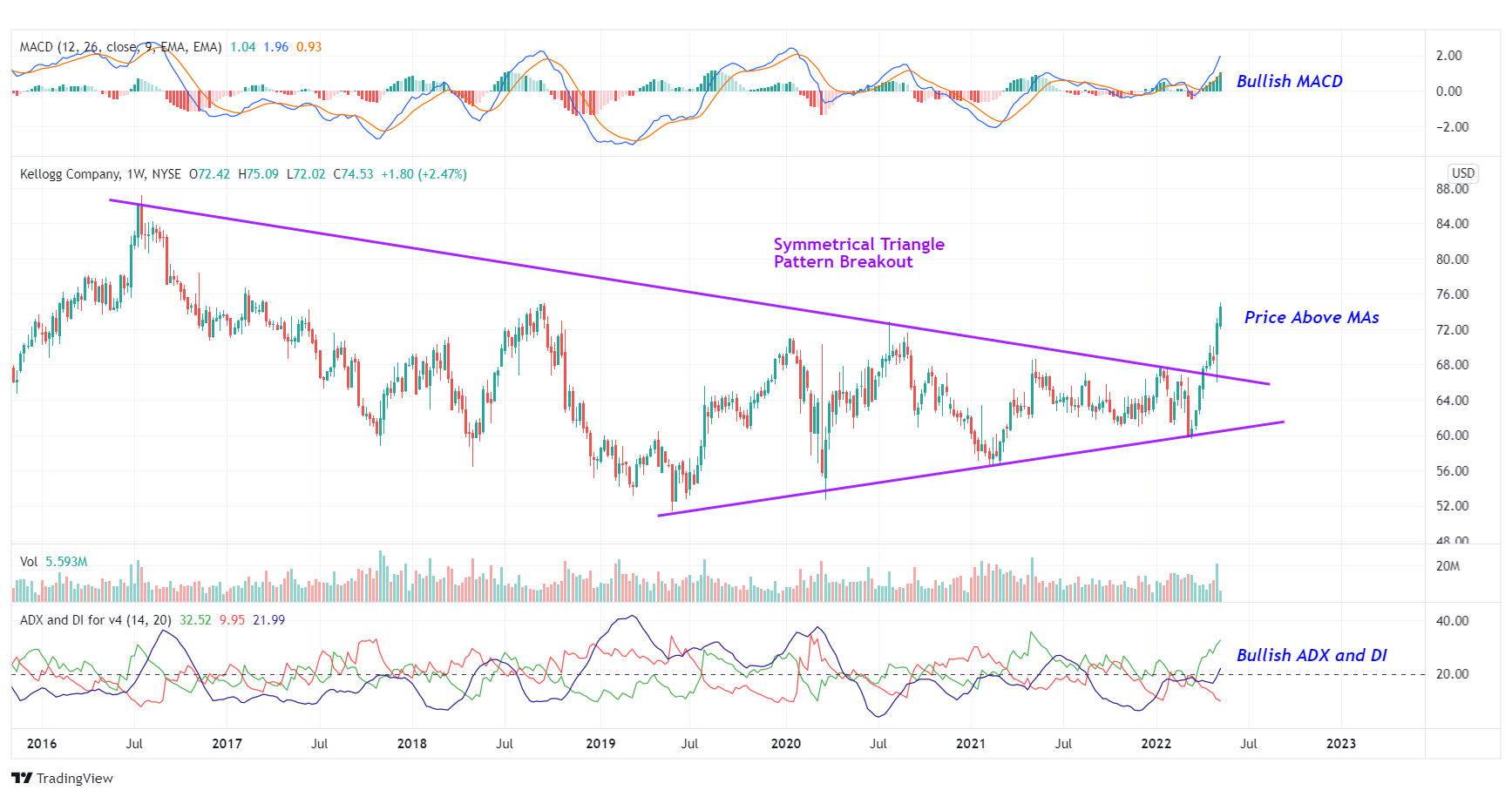 Buy Levels: If you want to get in on this trade, you can purchase the shares of K above the price of around $75.10.

Risks to Consider
The stock may reverse its overall trend if it breaks down from the consolidation area with a high volume. The sell-off of the stock could also be triggered in case of any negative news, overall weakness in the market, or any regulatory changes in the sector.

The #1 Stock Under $5 [sponsor]
Virginia Stock-Picking Millionaire Says It's Not About Diversification! One single stock under $5- that trades under a secret name- could help you build your retirement. His details are here.