One of the most interesting “smart money” trades we came across yesterday was with SPDR Dow Jones Industrial Average ETF (NYSEARCA: DIA).

If you’re new here, a “smart money” trade is a relatively large volume option trade most likely made by a pro trader. The idea is to analyze unusual options activity, identify an interesting “smart money” trade, and then make our best guess as to:

If we like what we see after putting all these pieces together, we can mimic the “smart money” trade (on a smaller scale), and potentially ride alongside our pro trader to profits. With all this in mind…

On analyzing the chart of DIA, the stock seems to have broken down from a downtrend channel (marked as blue color lines). It is also currently trading below a resistance area (marked as a pink color dotted line). All this makes it likely our pro trader is bearish on DIA. 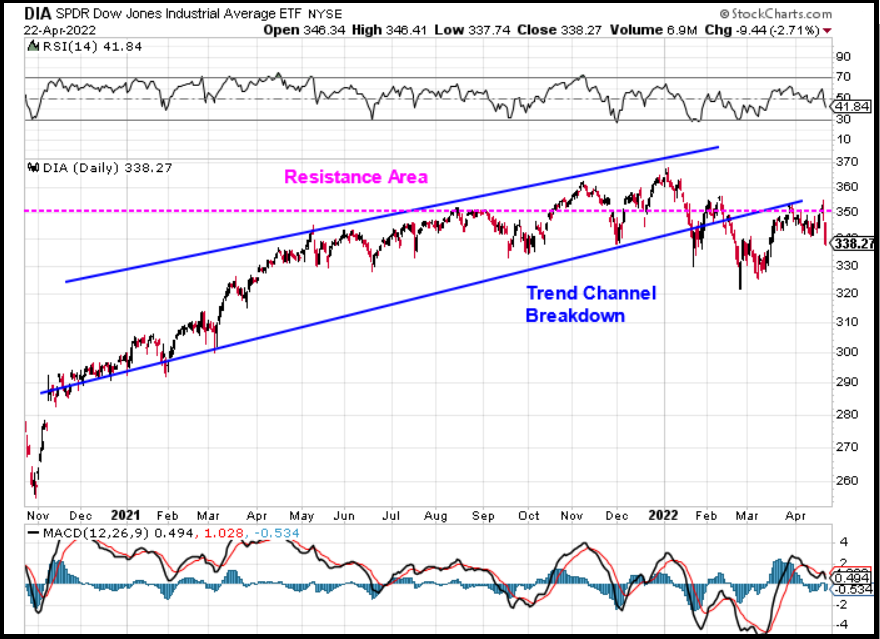 This lends credence to our conclusion that the pro bought these put options, as opposed to selling them.

If you agree and would like to mimic this trade, here’s how:

As always, depending on your risk appetite, do remember to set a stop-loss for the options trade to avoid significant losses.

— Trades of The Day Research Team

166% More Gains than the S&P 500 [sponsor]
Do you wait for an entire year for your stock portfolio to go up 10%? There’s a better way. Had you used Money Calendar trades, you could have grown your account 166% faster than the S&P 500 over the last four years. It’s still not too late though. There are 10 more Money Calendar trades scheduled to go up between now and December 6. Get the free tickers here before it’s too late.