StoneCo (NASDAQ:STNE) stock is 80% off its highs. That’s hardly the picture of a successful company’s stock chart. Investors should measure a company’s success by the rate of growth it can deliver. StoneCo is doing more than enough of that to earn a better scorecard. However, for whatever reason, Wall Street does not see it right yet.

The upside potential is there, but the Street is turning a blind eye. Investors are selling STNE stock like it was toxic.

This is a far cry from the hoopla it experienced in 2020. Coming out of the pandemic correction, STNE soared 400% from the lows to the highs. But after January, it completely fell apart, so 2021 was disastrous for this stock.

By now it is too late to give up on it, especially that STNE is no stranger to hardship. It fell 50% out of its IPO in 2018, and again 40% and 60% in 2019 and 2020, respectively. Clearly it knows how to make a comeback. Smart money should consider owning some now for a repeat performance.

On paper, it has an incredible opportunity in front of it. Its business model resembles Shopify’s (NYSE:SHOP) model. They empower entrepreneurs by providing one stop shop solutions. They also go above and beyond in other areas, even in education. When they say “show me the money,” this company has done that. Their revenues more than doubled in 3 years. Its profitability levels are not ideal, but that’s not a concern for a long while.

In the initial stages of growth, the bottom line is not the concern. Management should focus entirely on growing its top line first. They can adjust spending levels later when they stagnate. Besides, the company is not bleeding cash, so its not under pressure to turn green soon. 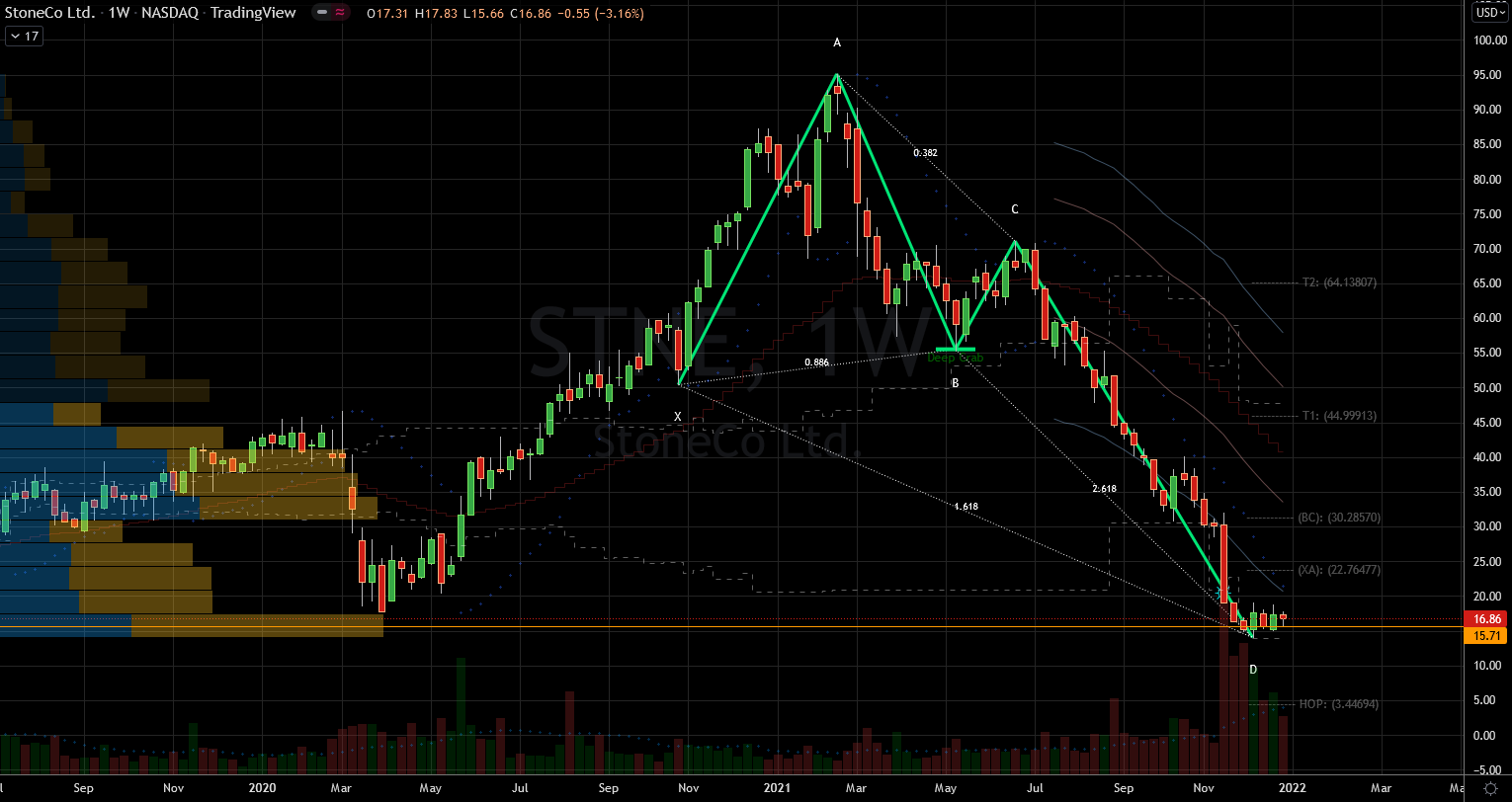 The price action at hand is extremely bearish, but therein lies the opportunity. Those who missed the rally in 2020 can try their luck at it now. However, even though this would be a long-term opportunity, there are extrinsic risks. The S&P 500 broke records last week, so it could be vulnerable for corrections. This is especially true during the time when the Federal Reserve is unwinding its stimulus program.

Most often the intrinsic risks to a stock price come from over exuberant owners. After the drubbing that STNE took last year, most of the froth came out of the stock. In the past it had attracted the attention of Berkshire Hathaway (NYSE:BRK.A, NYSE:BRK.B). They are not hasty with their choices, and that is validation of the potential. However, for now it has now fallen back under the radar.

These are often opportunities for savvy investors with patience. The idea is to get long before it becomes popular again. A similar scenario unfolded with Upstart (NASDAQ:UPST). It collapsed 70% after a monster rally, and those who got in at the base got instant profits.

According to Yahoo Finance, STNE does not have enough analysts covering it. Those who do see it worth double its current price. These are indications that STNE stock only lacks one simple ingredient, which is time. Wall Street has not given it the benefit of the doubt that it will deserve.