In addition, it operates iQIYI Mall, an e-commerce platform that focuses on entertainment-related merchandise, such as VR glasses, as well as sells electronics, apparel and accessories, and beauty and skincare products; iQIYI Show, a live broadcasting service that enables users to follow their favorite hosts, celebrities, and shows in real time through live broadcasting; and iQIYI Paopao, a social platform. Further, it is involved in the talent agency and IP licensing activities, as well as in developing Suike, a video community app.

Analyst Consensus: As per TipRanks Analytics, based on 5 wall street analysts offering 12-month price targets for IQ in the last 3 months, the stock has an average price target of $8.45, which is an 80% upside from current levels. 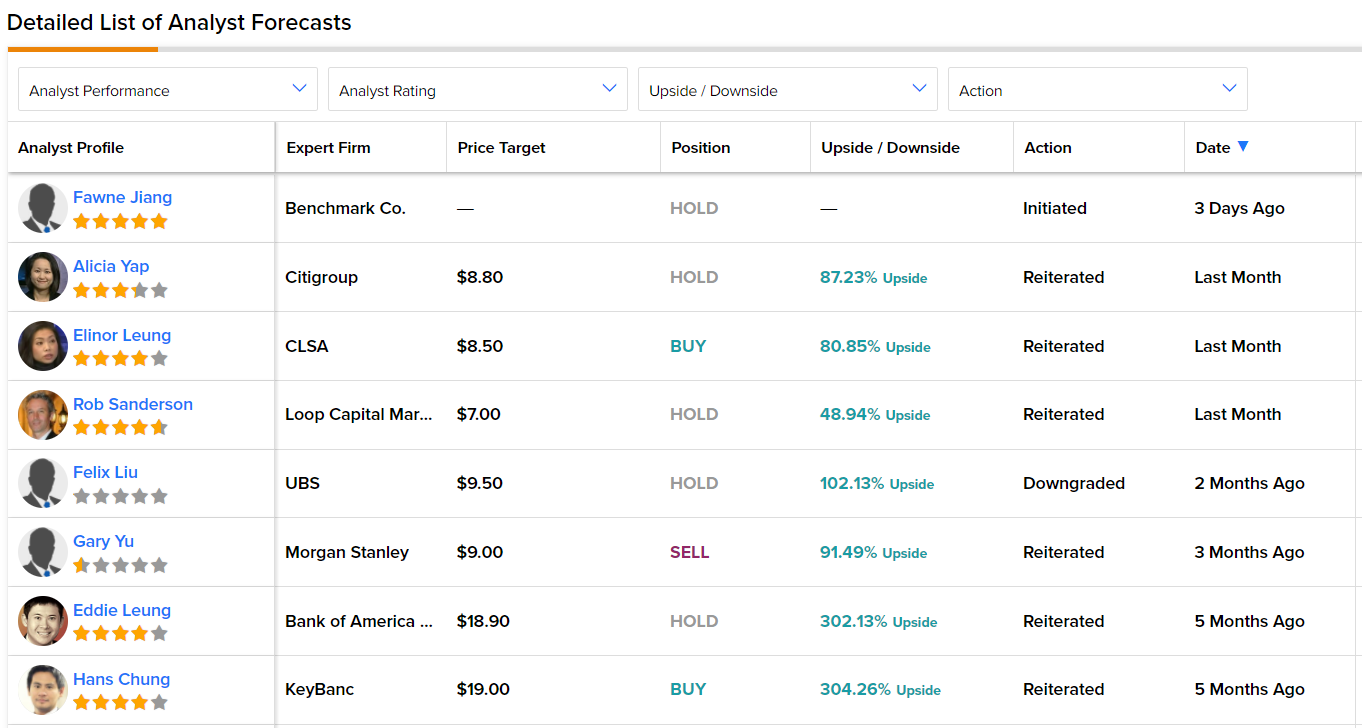 #2 MACD above Signal Line: In the daily chart, the MACD (light blue color) is currently above the MACD signal line (orange color). This indicates a possible bullish setup.

#3 Bullish Stoch: The %K line of the stochastic is above the %D line. This indicates a possible bullish setup.

#5 Broken Downtrend, Consolidation Area: The weekly chart shows that the stock has broken out of a downtrend and is currently consolidating. This is a possible bullish sign.

#6 Oversold RSI: The RSI is currently near oversold levels. This indicates that a reversal may be imminent soon.

#7 Bullish Stoch: The %K line of the stochastic is above the %D line and is moving higher from oversold levels. This indicates a possible bullish setup.

Buy Levels: If you want to get in on this trade, the ideal buy level for IQ is above the price of around $5.30.

Stop Loss: To limit risk, place a stop loss below $4.40. Note that the stop loss is on a closing basis.

In other words, this trade offers 2x to 3x more potential upside than downside.

Trades of the Day Research Team