Analyst Consensus: According to TipRanks Analytics, based on 7 Wall Street analysts offering 12-month price targets for CPG in the last 3 months, the stock has an average price target of $6.21. 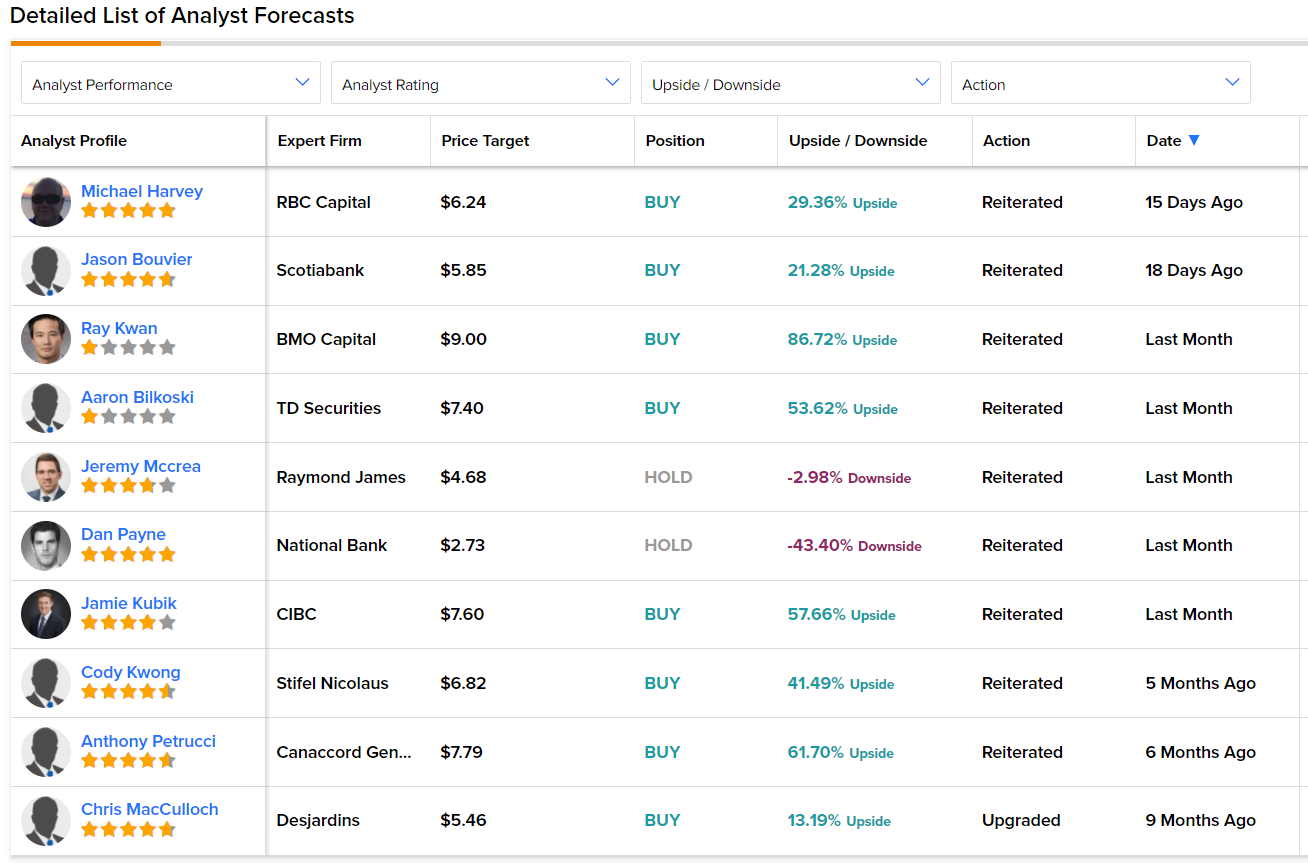 #1 Symmetrical Triangle Pattern Breakout: The daily chart shows that the stock has currently broken out of a Symmetrical Triangle pattern with high volume. A symmetrical triangle is a continuation pattern and is characterized by two converging trendlines connecting a series of sequential peaks and troughs. This is marked on the daily chart as pink color lines. Once a stock breaks out from a symmetrical triangle pattern, it usually moves higher.

#2 Bullish ADX and DI: The ADX indicator shows bullishness as the +DI line is above the -DI line, and the ADX line has started to move higher from below the +DI and -DI lines.

#3 Price above MAs: The stock is currently above both 50-day as well as 200-day SMA, indicating that the bulls have currently gained control.

#4 Bullish Stoch: The %K line is above the %D line of the stochastic in the daily chart, indicating possible bullishness.

#5 IH&S Pattern: The stock’s weekly chart shows that the stock has been forming an Inverted Head and Shoulders pattern. This is marked in the chart in purple color. An IH&S pattern is a bullish pattern and a breakout from it is usually the sign of an upcoming bullish move. The stock is also trading above its 50-week and 200-week SMA, indicating that the bulls are currently in control.

#6 Bullish Stoch: The %K line is above the %D line of the stochastic in the weekly chart as well, indicating possible bullishness.

#7 Bullish RSI: The RSI is above 50 and moving higher in the weekly chart, indicating the strength of the current upmove.

Buy Levels: If you want to get in on this trade, the ideal buy level for CPG is above the price of $5.30.

Stop Loss: To limit risk, place a stop loss at $4.50. Note that the stop loss is on a closing basis.

In other words, this trade offers 2x to 5x more potential upside than downside.