Plug Power Inc. (NASDAQ: PLUG) shows signs of an upcoming price surge according to its latest charts. Plug Power Inc. is an American company engaged in the development of hydrogen fuel cell systems that replace conventional batteries in equipment and vehicles powered by electricity. 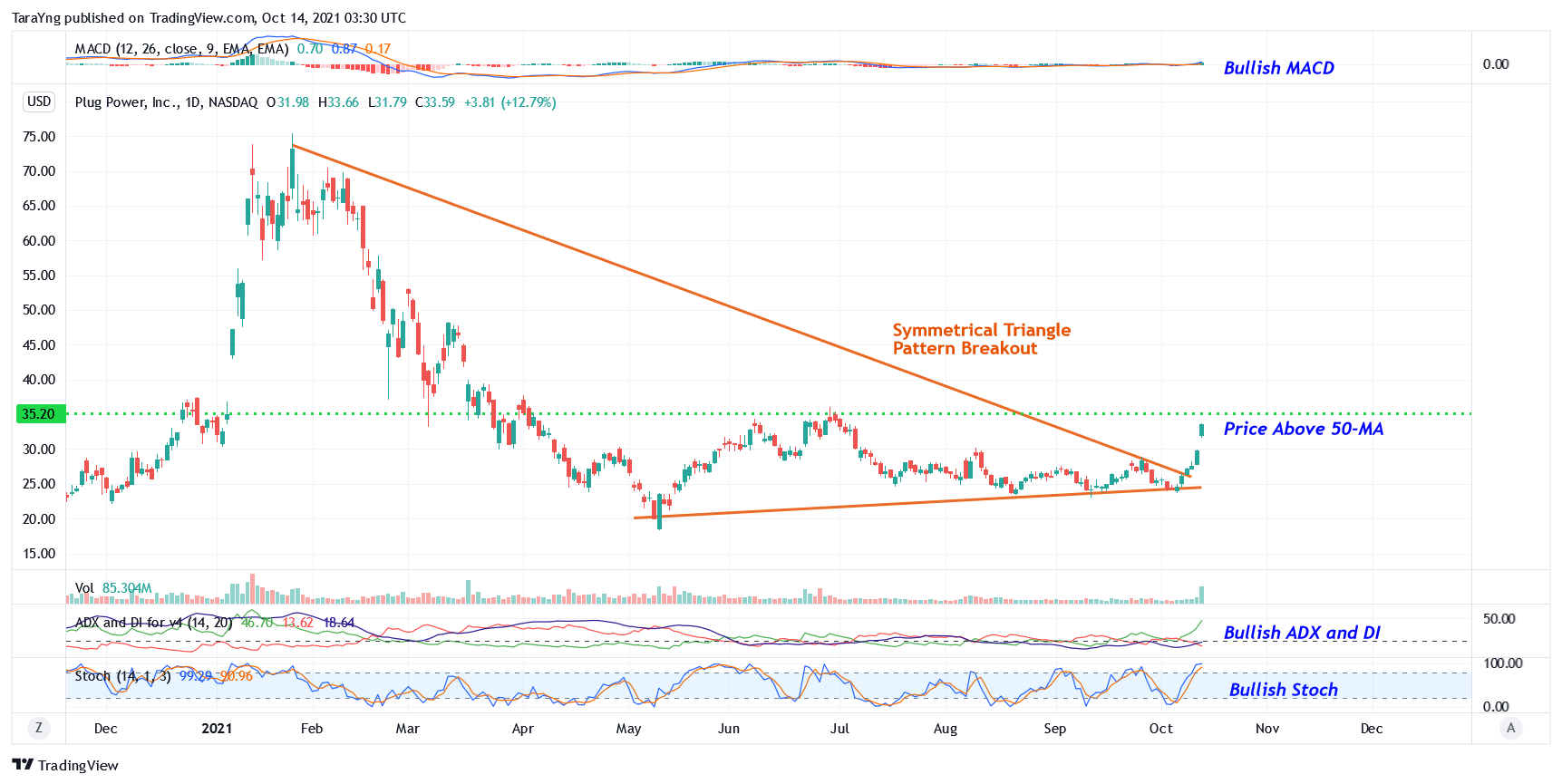 #2 Price Above MA: The stock is currently above the 50-day SMA, indicating that the bulls are gaining control.

#4 Bullish Stoch: The %K line (blue color) is above the %D line (orange color) of the stochastic in the daily chart, indicating possible bullishness. 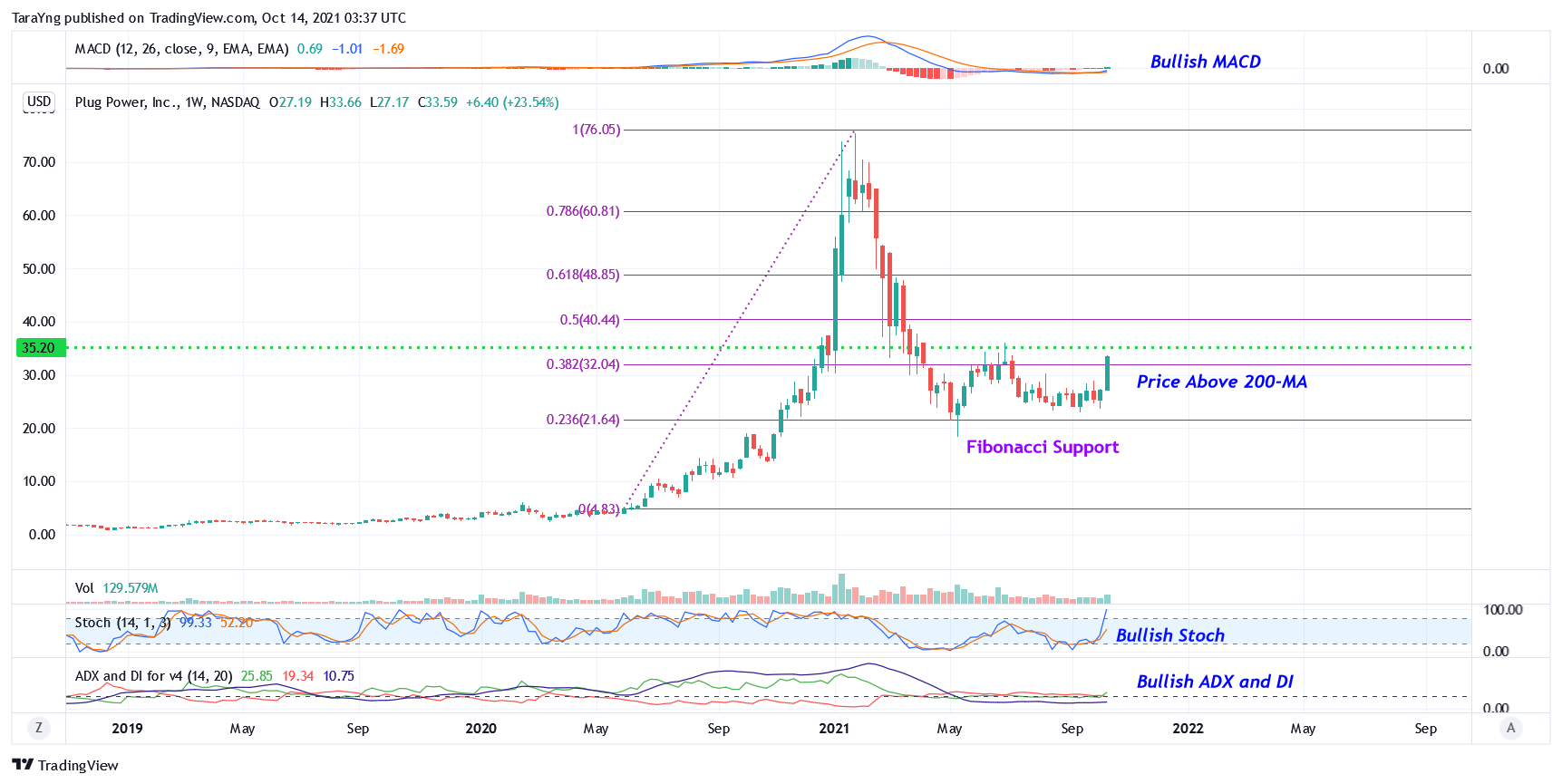 #6 Bullish Stoch: The %K line of the stochastic is above the %D line in the weekly charts as well. It is also moving higher after reaching oversold levels, indicating overall bullishness for the stock.

Buy Price: If you want to get in on this trade, the ideal buy level for PLUG is above the price of around $35.20. This is marked as a green color dotted line in the chart.

TP: Our target prices are $40 and $45 in the next 4-6 months based on the breakout from the symmetrical triangle pattern.

Risks to Consider
The stock may reverse its overall trend if it breaks down with high volume from the symmetrical triangle pattern. The sell-off of the stock could also be triggered in case of any negative news, overall weakness in the market, or any regulatory changes in the sector.