Despite a terribly disappointing employment report, stocks opened on a positive note Friday and they remained there throughout the day. All four indices finished with solid gains and they were led by the Russell which rallied by 1.35%.

The energy sector jumped 1.78% to lead all sectors and it was followed by the industrial sector which gained 1.06%. Those were the only two sectors that gained over 1.0% on the day.

My scans remained positive on Friday, but the difference between the two lists wasn’t as great as it was on Thursday. There were 48 bullish signals and 12 bearish signals produced on Friday night.

The barometer continued to climb and rose to 32.2 after Friday’s results were added in to the calculation.

There were a handful of stocks that got my attention on the bullish list, but the one setup I felt gave us the greatest odds of success was one on Fiserv (Nasdaq: FISV). The company scores well on the fundamental ratings with an EPS rating of 90 and an SMR rating of an A. 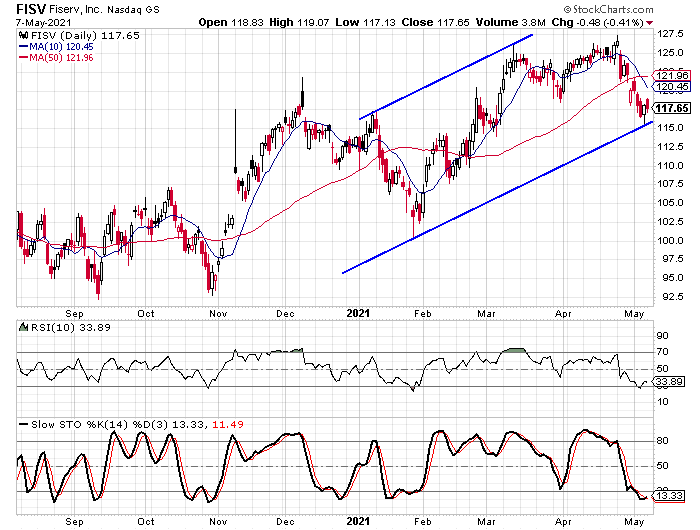 What stood out to me on the chart was how the stock has been trending higher since late October. There was a pretty tight pattern from late January through mid-April, but the recent dip caused the stock to move away from its regression line more than usual. I look for the stock to rally back above the $125 level in the coming weeks.