Thursday saw all four indices register significant gains with the Dow being the only one that failed to gain at least 1.o%. This occurred before the March employment report was released on Friday morning and saw 916K jobs added during the month. The results blew past the consensus estimate and futures were up around 0.5% in the hours after the release.

My scans remained positive on Thursday with 51 bullish signals and 18 bearish signals. That stretched the streak of bullish readings to eight days.

The barometer fell slightly after the results from Thursday were added in to the equation. The final reading was 28.2, down from 32.8. 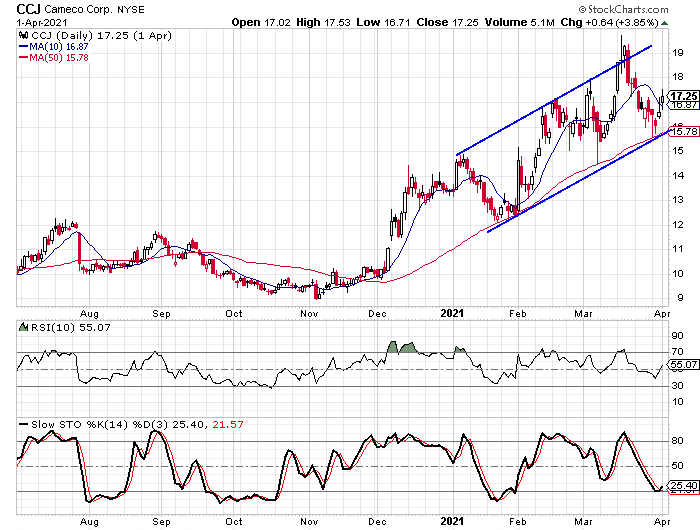