We saw pretty big reversals for the indices on Thursday with all four coming out of negative territory to post gains. All four opened in the red and remained there throughout the morning, but they reversed in the afternoon session.

Eight of the 10 sectors moved higher on the day. The communication services sector dropped 0.49% and the tech sector fell 0.06%. These two sectors were in the spotlight with CEOs from several firms testifying in front of Congress.

The financial sector led the way with a gain of 1.68% and it was followed by the industrial sector which jumped 1.6%. The materials sector gained 1.45% and the utilities sector rallied 1.07% to give us four sectors which logged gains over 1.0%.

My scans turned in another positive result last night with 52 bullish signals and 19 bearish signals.

The barometer continued to climb with these results being added in. The indicator came in at 17.9, up from 4.1. 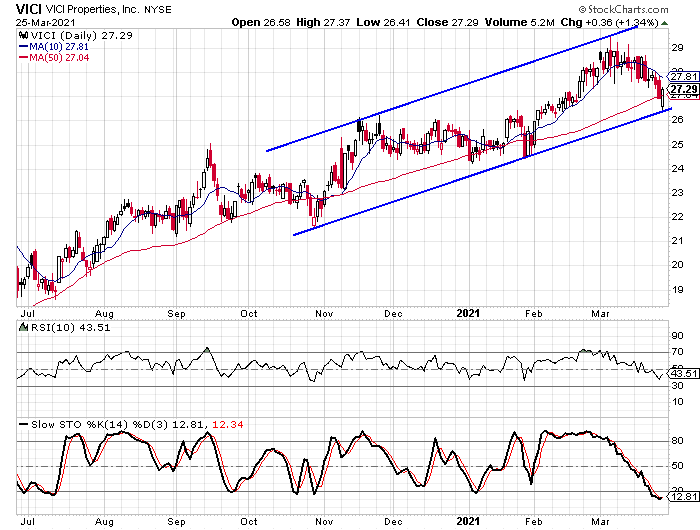 The daily chart shows how the stock has been moving higher over the last year with a trend channel forming over the last five months. The stock just hit the lower rail of the channel and looks like it is ready for its next leg higher. The daily stochastic indicators are in oversold territory and made a bullish crossover last night.