Bears took control early on Thursday and they remained in control throughout the day. After a positive day on Wednesday, all four indices opened lower and they trended lower from there.

All 10 sectors dropped on Thursday with the consumer discretionary sector (-3.65%) and the tech sector (-3.51%) taking the worst hits.

The two smallest losses were registered by the utilities sector (-0.90%) and the healthcare sector (-0.96%). Those were the only two sectors that didn’t lose more than 1.0%.

My scans flipped the script with the selling yesterday and they produced a negative result. There were 89 bearish signals and 31 bullish signals.

The barometer dropped back in to negative territory after only one day in positive territory. The final reading was -5.0, down from 23.1.

There was a common pattern on yesterday’s bearish list. There were an incredible number of stocks that showed bearish engulfing patterns on the day. One particular stock that stood out was Bank of New York Mellon (NYSE: BK). Of course the stock was on the bearish list and its fundamental ratings are mediocre with a 53 EPS rating and an SMR rating of a C. 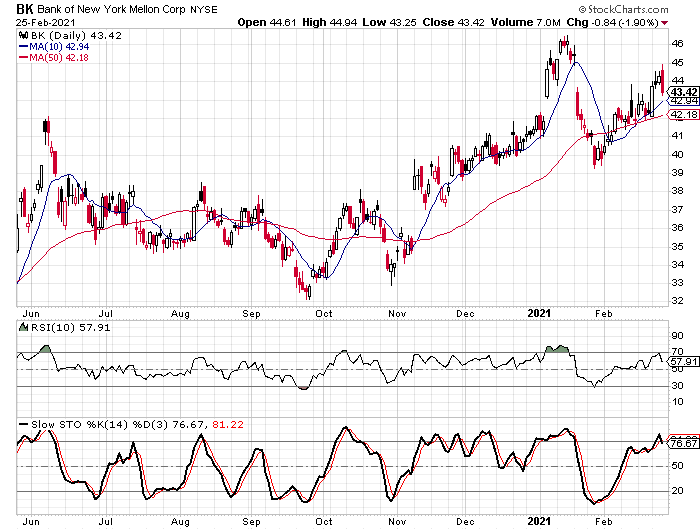 The first thing I noticed on the chart was the bearish engulfing pattern from yesterday, but then I also noticed how the stock had also filled the gap in the chart from January. That gap lower came as the result of earnings. A lot of times we see stocks fill a gap in the chart and then reverse in the opposite direction. In this case the stock had to climb to fill the gap and now it looks as though it will reverse lower.