Stocks continued to struggle on Thursday and all four of the main indices lost ground as a result. For the Dow it was its first loss in four days, but for the other three it marked the third straight day of losses. All four opened lower and they remained in negative territory throughout the day.

The energy sector was by far the worst performer with a drop of 2.28%. The healthcare sector declined 0.67% and that was the second worst performance.

The barometer changed very little as these results were added to the total. The indicator came in with a reading of -55.1, up from -55.7.

Keeping with the pattern of a bullish trade idea followed by a bearish one, today’s trade idea is a bearish one. Alcoa (NYSE: AA) appeared on the bearish list and the company’s fundamental ratings are pretty poor. The EPS rating is 32 and the SMR rating is an E. 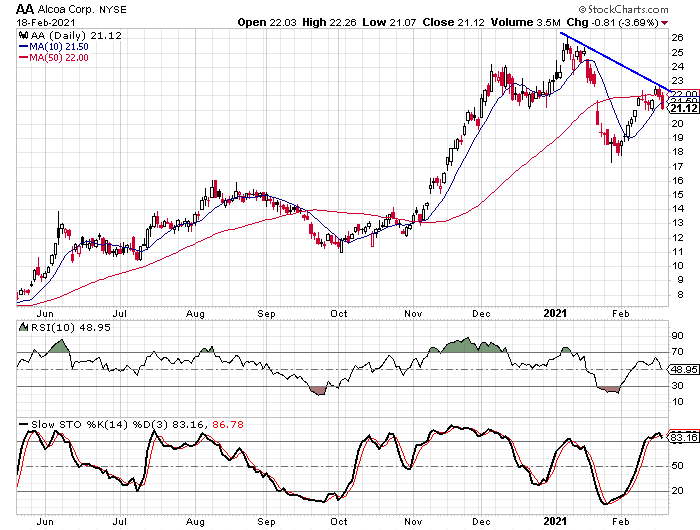 We see how the stock peaked up above $26 back in January before dropping sharply down below $18. The stock gapped lower on January 21 and the low before the gap was $22.64. The recent highs were in this same vicinity and filled the gap, now it looks as though the stock is headed lower again.