All four of the indices moved higher on Friday and that was the first time we had seen a consensus move since Monday. Investors seemed to have mixed feelings throughout the week with risk factors seemingly becoming important again.

Nine of the 10 main sectors moved higher on Friday with three gaining over 1.0%. The energy sector led the way with a gain of 1.48%. Financials and materials tied for the second best performance with each sector gaining 1.03%.

The utilities sector was the lone sector that finished in the red and the loss was 0.73%. Consumer discretionary stocks lagged and the sector registered the smallest gain at 0.14%.

The barometer rose a little as the weighting of the big negative readings started to decline. The final reading was -84.3, up from -97.8 on Thursday.

Even though the bearish signals continue to be more abundant, I have a second straight bullish trade idea for you today. Bristol Myers Squibb (NYSE: BMY) appeared on the bullish list again and it has great fundamental ratings. The EPS rating is 96 and the SMR rating is an A. I recommended calls on Bristol Myers at the end of December as well and that one worked out well. 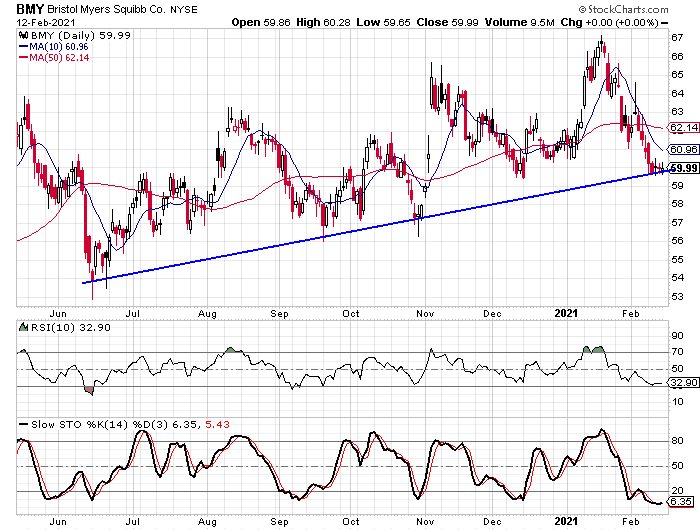