Stocks were a little more volatile on Friday after the December employment report showed 140K jobs lost instead of the 50K in gains analysts expected. All four indices opened higher, but all four would move in to negative territory at some point during the day. In the end, three of the four moved higher while one moved lower.

The sectors were mixed on Friday with six moving higher and four moving lower. The consumer discretionary sector led the way with a gain of 2.05% and it was followed by the utilities sector with a gain of 0.84%.

My scans were ever so slightly skewed to the negative side with 36 bearish signals and 35 bullish signals.

The barometer continued to climb closer to positive territory and moved up to -1.6 from -5.5 on Friday.

For the first time in a week I have a trade idea that is in the same direction as the day before. Friday’s trade idea was a bullish one and so is today’s. The subject company today is Coca Cola (NYSE: KO). The company’s fundamentals are mixed with the EPS being average at 51, but the SMR is an A. 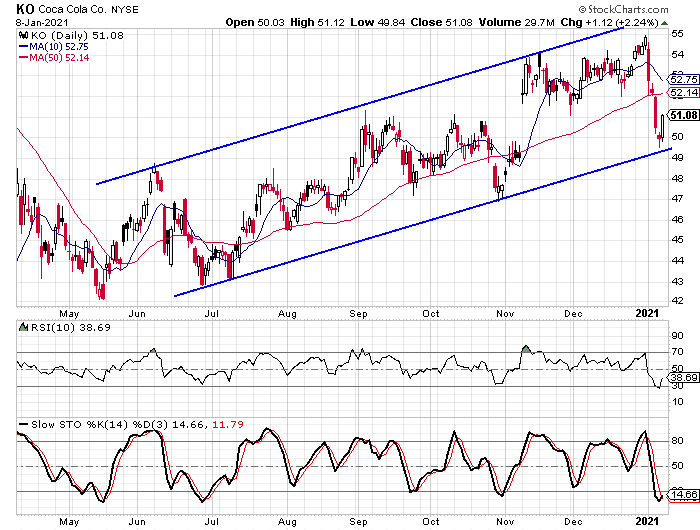