Stocks jumped on Friday to close out what proved to be a rather strange week. All four of the indices saw gains over 1.0%, but it was the Russell that really stood out with a gain of 2.08%.

All 10 sectors moved higher on Friday with the energy sector gaining 3.64% to lead the way. The industrial sector jumped 2.22% and was the only other sector to gain over 2.0%.

Even with the big discrepancy, the barometer still inched a little higher with a reading of -48.3. The final reading on Thursday was -55.1.

After four straight bearish trade ideas, I have a bullish one for you today. The company is Akamai Technologies (Nasdaq: AKAM) and the cloud software company scores well on the fundamental ratings. The EPS rating is a 94 and the SMR rating is an A. 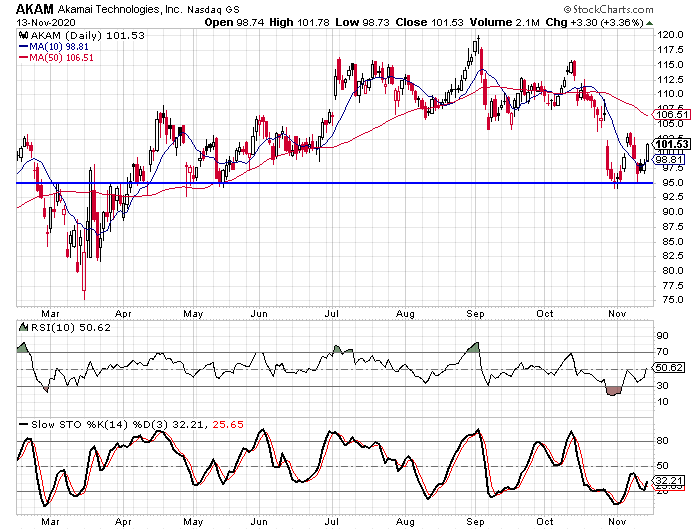 23 Best Stocks In America [sponsor]
A former hedge fund manager just revealed his 23 must-have stocks. Click here to see the free video where he goes over every stock and explains why every American should consider buying them ASAP.

Get Ready to Buy Beyond Meat (NASDAQ: BYND)

Trade PepsiCo (NASDAQ: PEP) for a Potential 75% Return by mid-March

Upgrades and Downgrades for Tuesday, 1/26