After a better-than-expected jobs report, stocks finished the holiday-shortened trading week on a strong note. Let’s look at a few top stock trades for the first full week of July. 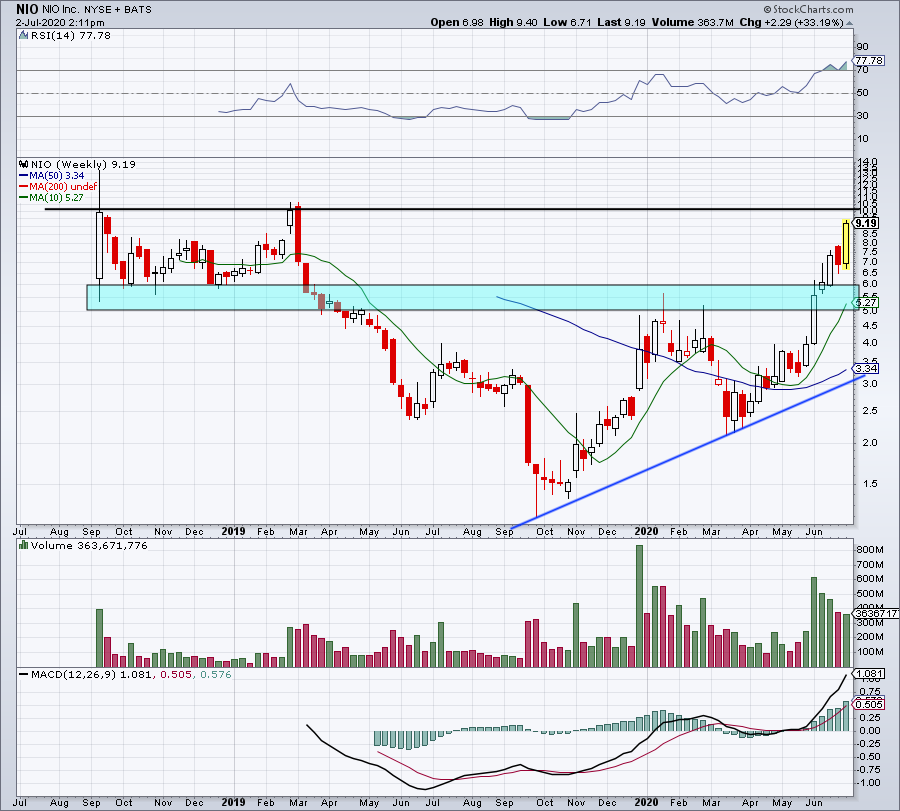 The $5 to $6 zone was set to be a tough one for Nio (NYSE:NIO), which topped out in this area in the first quarter of 2020. Previously, this zone had been support for the stock, before Nio slumped badly in 2019.

In any regard, electric car stocks have serious momentum right now — led by Tesla (NASDAQ:TSLA), which has amassed a market cap north of $200 billion.

In any regard, Nio shares keep pressing higher, up more than 30% so far this week.

Investors undoubtedly have their eyes fixed on $10.

Let’s see how the stock does with the $10 to $10.50 zone, which historically, has been resistance. 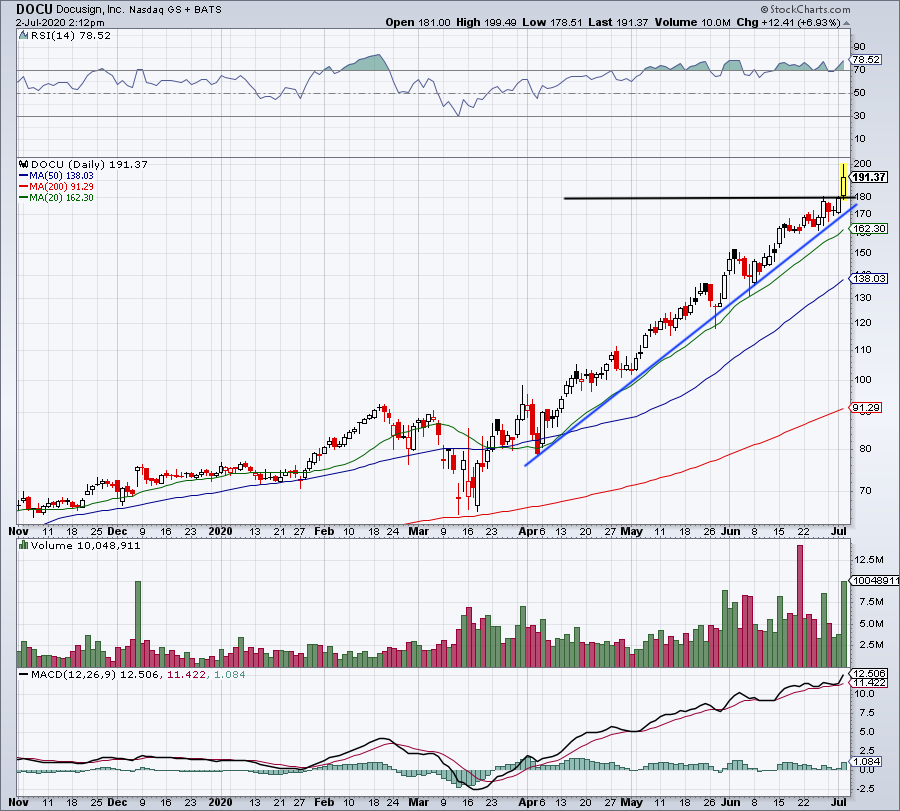 Man, there’s nothing else to say about DocuSign (NASDAQ:DOCU) other than the stock has been a complete beast.

The stock never even tested its 200-day moving average during the March selloff. While shares dipped 29.9% from the February high to March low — outperforming the S&P 500 and Nasdaq during that time — the rebound has been stunning. Shares are now up more than 200% from that low.

However, DocuSign stock nearly tagged $200 on Thursday and may be running out of momentum. 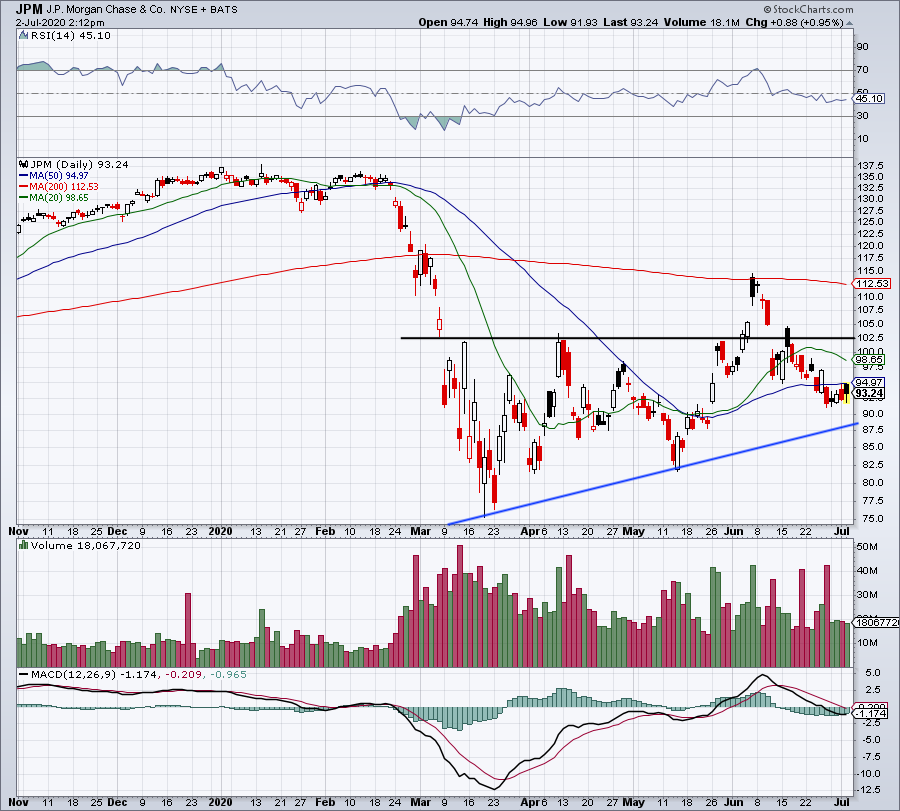 Despite the rebound in the overall market, the bank stocks have struggled. For its part, JPMorgan (NYSE:JPM) is doing its best not to break down. But that’s not exactly bullish.

Shares are below all of the stock’s key moving averages and are well off the June high near $115. In fact, just from that level, shares are down about 20%.

On the plus side, JPM stock has carved out a nice bottom over the past few sessions. If it holds, the stock will create another higher low, giving bulls something to chew on. For them to maintain momentum though, shares need to reclaim the 50-day moving average, and preferably, the $100 to $102.50 area. 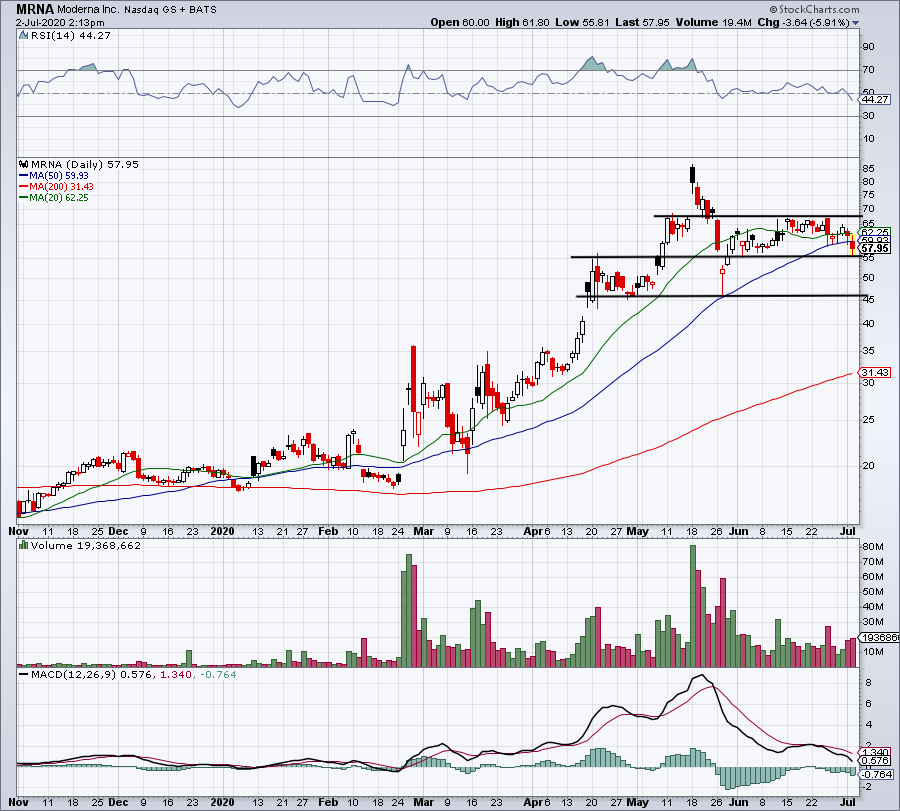 Moderna (NASDAQ:MRNA) has been a tricky stock lately, but it has traded very technically.

Above those levels puts recent range resistance in play, up near $67.50. Pushing above that could put a move up toward $80 on the table.