Thursday was an interesting day for stocks as the indices opened sharply lower and reversed course in the morning session. All four were down significantly and by mid-day two had turned positive. By the end of the day all four had moved in to positive territory.

The Dow led the way with a gain of 1.62% and it was followed by the S&P with a move of 1.15%. The Nasdaq and the Russell didn’t move into positive territory until late in the day, but they finished with gains of 0.91% and 0.35%, respectively.

Nine of the 10 sectors moved higher on Thursday.

The only one that finished with a loss was the consumer staples sector and it only lost 0.25%.

All the other sectors gained at least 1.0% on the day.

The financial sector was the top performer with a jump of 2.57%.

The consumer discretionary sector tacked on 1.54% as the second best performer.

The other seven sectors were all pretty close together with gains between 1.01% and 1.27%.

Today’s trade idea is a bullish one and the company is Discovery (Nasdaq: DISCA). The cable operator and online video content provider was on the bullish list last night and the company scores very well in the fundamental ratings. The EPS rating is an 86 and the SMR rating is an A. 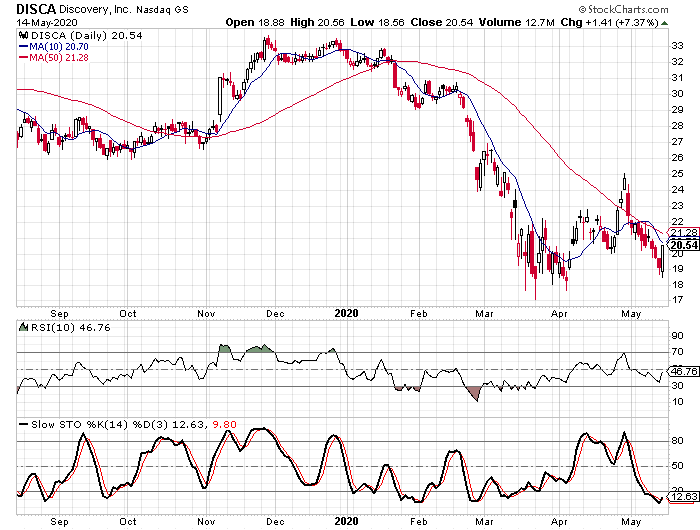 This has never returned less than 400% over 4 years [sponsor]
Something big is happening in America… and almost no one is paying attention. A completely misunderstood asset is transforming our world--and making people rich (Barron's estimates at least 20,000 people). A multimillionaire has written a fascinating analysis, and posted it free on his website here...