General Electric’s (NYSE:GE) problems started three years ago, when GE stock fell over 50%. The debate over its comeback was hot, but things took a turn for the worse in 2018 — it fell below $7.

Ever since then, GE’s management has struggled to give the company any positive momentum. GE stock had periods of brilliance, but so far every effort to turn things around has failed. JPMorgan analyst Steven Tusa once called it at $5 per share.

Last year the consensus was that General Electric finally had the right team behind it and was making the right moves.

That team monetized assets to reduce debt and streamline the company.

But the novel coronavirus is killing GE stock, causing it to fall over 50% from its February highs.

GE will need the market to rally to help it get out of this hole.

But good news from its earnings report would make for a better catalyst. Investors want to hear that management is indeed on track, despite the pandemic. Just like last time, it seems illogical to panic and sell GE stock near $7. But that doesn’t mean it’s a no-brainer investment — it remains a speculative bet.

The onus here is on the bulls to show investors they can break out of the resistance areas. The first major pivot area for GE stock will be near $9 per share. There are many other areas where it will face sellers, so bulls have a hard job ahead of them. If they can overcome these tests, the ledges will turn into triggers for massive gains.

I wrote about GE stock’s upside potential in December 2019 and the stock rallied 20% from there. This time, the world is shut down, so the rally won’t be as quick. The bulls need time — or a miracle headline — so patience is of the essence.

Meanwhile, it is possible to trade around the short-term action. But the easier approach is to buy it for the long term. General Electric is a great American company and it has all the makings of a fantastic comeback story. 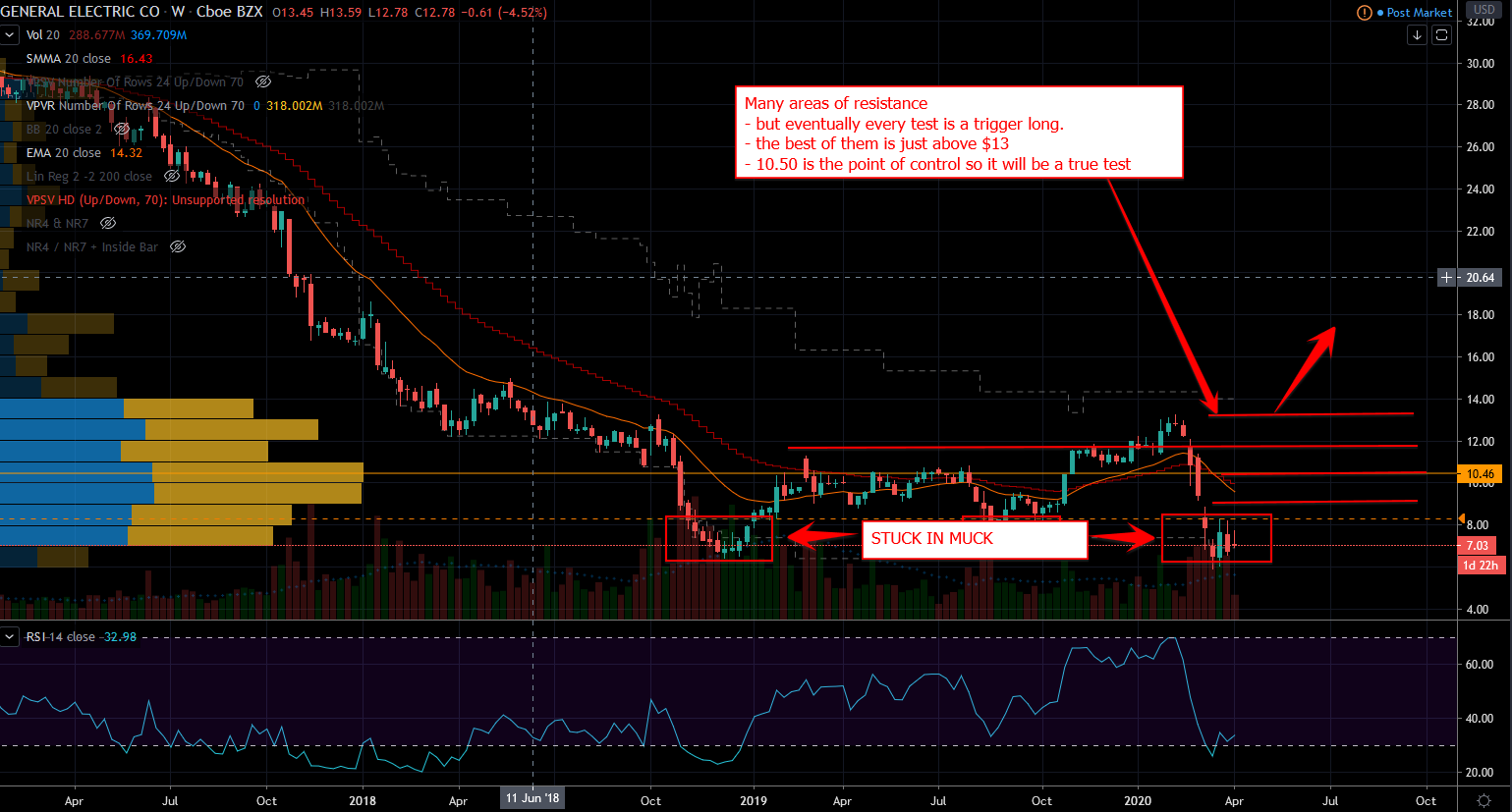 Investors should watch to see if GE stock can break out from $13.25. If it does, it could target another 30% rally. And fortunately, these low price levels have proven that they are a good base for rallies.

But the real drive has to come from the company’s fundamentals. At these levels it is hard to evaluate GE. Even though its price-earnings ratio is wonky, it sells at 0.6 times sales. In any case, what management does moving forward is more important than metrics. The company is in transition and that creates confusion on paper.

It is important to note that while things are bad at GE, things are even worse around the globe. GE bulls must count on a global relaunch of business activity. Until then, all upside potential is speculative.

To end this on a good note, here’s something to cheer about. There was news this week that General Electric received a license to sell engines to China.