Shares of video game company Activision Blizzard (NASDAQ:ATVI), following a weak performance year in 2018, managed to recover in 2019. While in the bigger picture ATVI stock still has an uphill battle to fight, in the near-term more upside is possible. The stock exhibits an orderly incline where consolidation periods are followed by breakout moves higher.

Over the years of using charts and technical analysis, I have learned that no matter how ugly a chart’s longer-term picture looks, in the near-term, trends up or down can continue for some time.

Put differently, a trend-following approach to markets can work in all timeframes, even on an intraday basis.

Both the blessing as well as the curse of a trend-following approach to the markets is that the trend will work until it doesn’t.

Not infrequently, trends tend to stop or at least pause abruptly and lead to meaningful mean-reversion moves in the other direction. 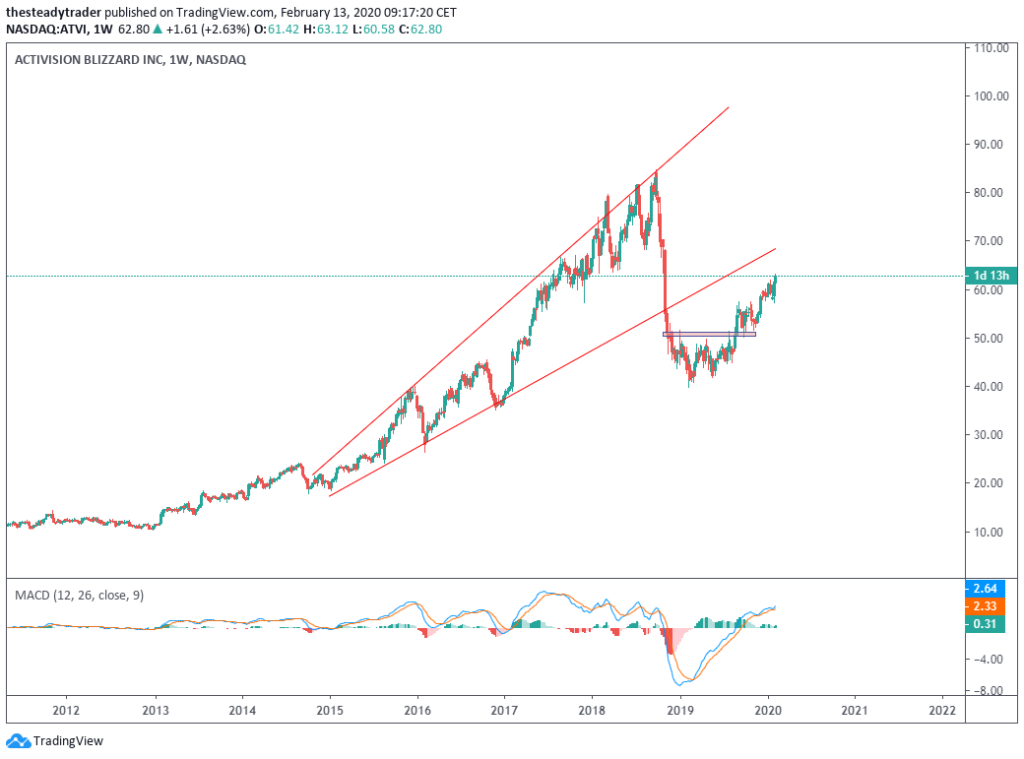 The longer-term chart of ATVI stock displays this concept beautifully. Note the multi-year uptrend in the stock worked well until in October of 2018 it came to an abrupt end and a sharp drop ensued. The rally off the early 2019 lows in the stock continues in an orderly manner. This trend will work until it doesn’t.

Sticking to the trend-following analogy, it is possible this stock’s intermediate-term bounce move may continue until it tests the lower end of the long-term uptrend, which the stock broke in 2019. 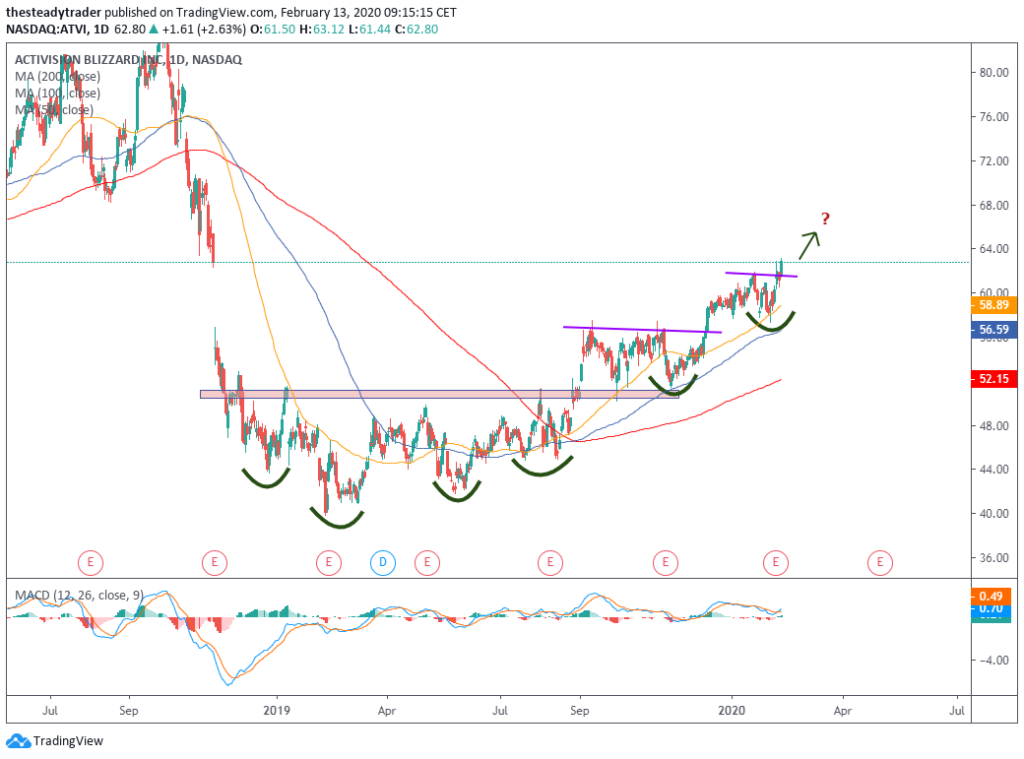 On the daily chart we see that Activision Blizzard stock over the past twelve months has worked itself higher in a stair-step manner. Each consolidation phase was given enough breathing room to then lead to another leg higher. The most recent trading range since January is now attempting to resolve higher.

Late in the day on Feb. 12 news broke that Nvidia (NASDAQ:NVDA) is removing Activision games from its streaming service. As a result the stock was trading lower in after hours trading.

While this isn’t good news for Activision, all else being equal this should not change much on the chart’s intermediate-term upward trend.

Trading ATVI Stock
Active investors and traders could look to buy ATVI stock around the $62 area or lower. A next upside target is $65, possibly followed by $68.

Any strong bearish reversal from here, particularly one that breaks the stock below $58, would be a stop loss signal.