In celebration of the Nasdaq’s continued push to record highs, we’re looking at three tech stocks to buy. Admittedly, it’s not hard to find attractive companies to chase in the sector.

If anything, it’s challenging to narrow down what has become a huge list of compelling uptrending stocks.

Money has been flooding into technology all year long.

The Nasdaq held up the best during all the drama surrounding the coronavirus from China, only falling 3.9% from its peak.

It was also the first index to recover to new highs, and it has been powering higher ever since. Against this backdrop, many large-cap technology companies have seen their stock price shoot to the moon.

Here are three of the best to buy. 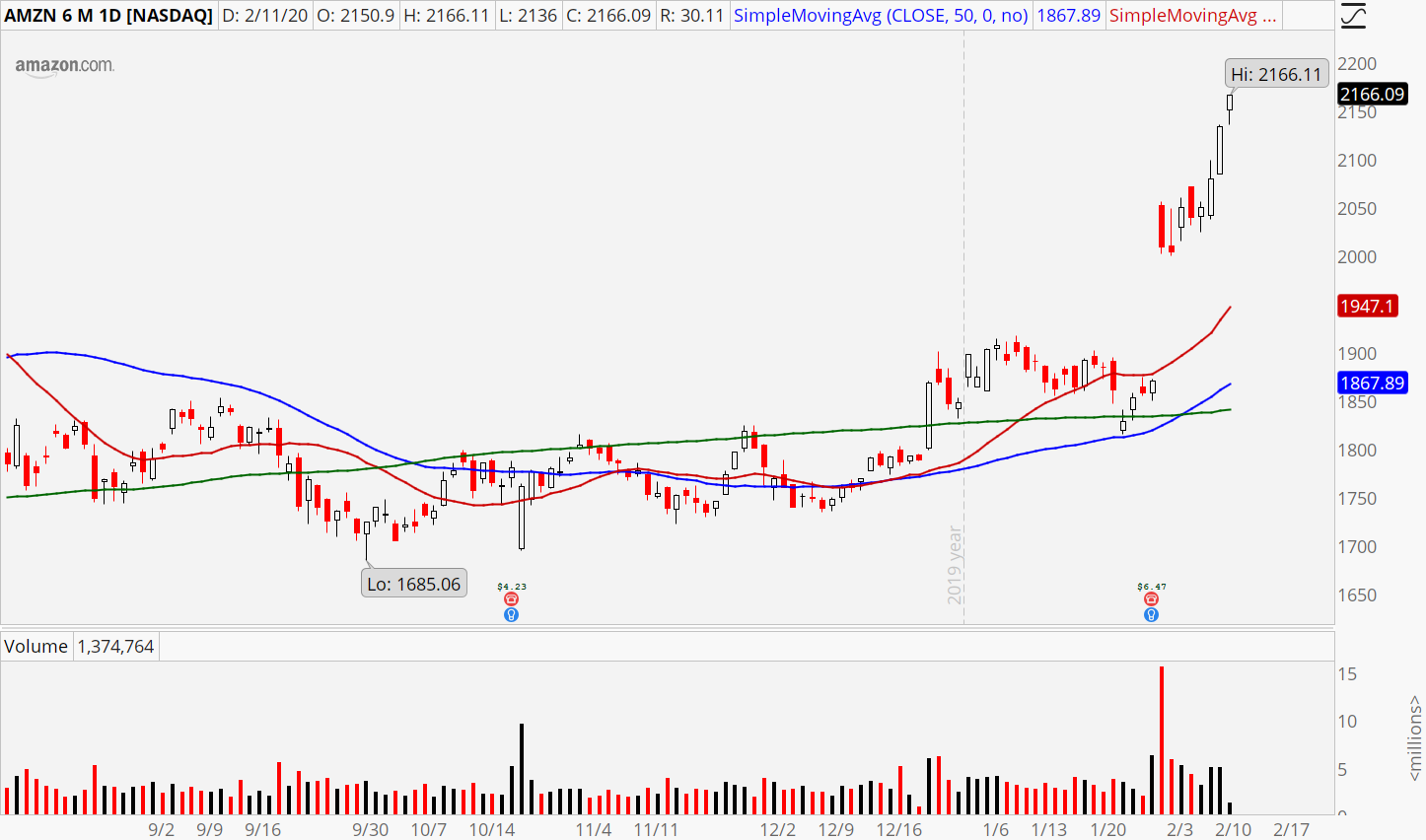 We begin with a stock that only recently decided to join its brethren at record highs: Amazon (NASDAQ:AMZN). Of course, it made up for the lost time in a hurry after a stellar earnings report jammed Amazon stock up almost $200 in a single session. After two days of digestion, buyers returned for seconds, and we’re up another $100 in three days.

While it’s true that overbought pressures are beginning to mount, it’s difficult to pick a top with such a momentum-fueled rise. Spectators have two choices. Wait for a pullback or pause to provide a better entry, and risk that you miss out on continued gains. Or, climb aboard the momentum train and hope we see some upside follow-through before profit-taking hits.

If you’re willing to do the latter, bull call spreads offer a low-cost and limited risk path to profits. 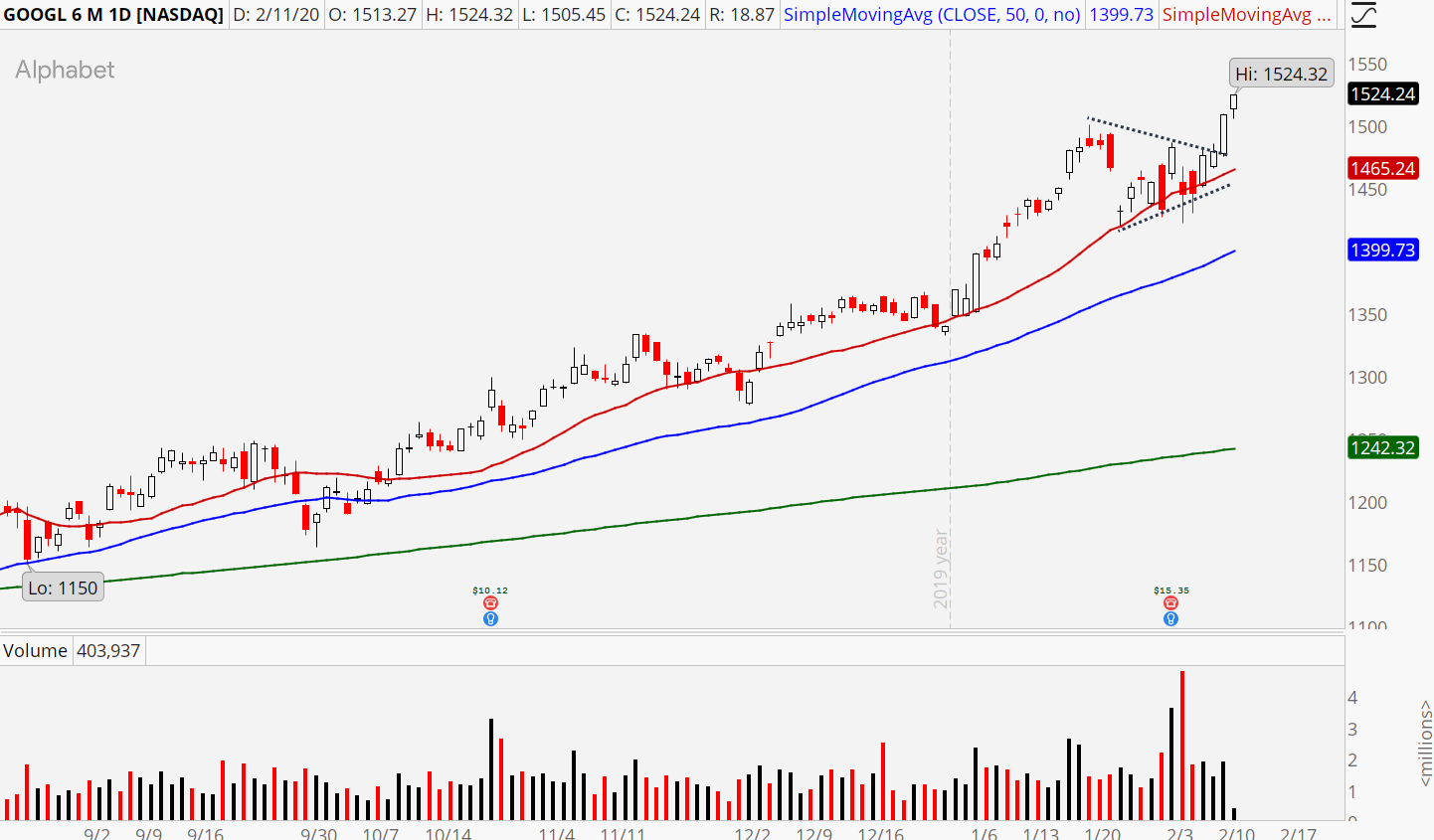 Alphabet (NASDAQ:GOOGL, GOOG) entered the week sporting a textbook bull pennant pattern. The nature of sustainable uptrends is to rally, pause, then rally anew. Traders seeking low risk/high reward setups seek out these pausing patterns and pounce once the stock starts to rise or break out of the digestion.

A bull pennant is just such a pause that allowed GOOGL to work off overbought conditions and otherwise build a base to launch from for its next upswing. Monday’s rise cleared the top end of the pennant, signaling the advance was starting. This morning’s follow-through is exactly what breakout traders want to see.

As with Amazon, bull call spreads offer a cheap avenue at playing a stock as expensive as Google. 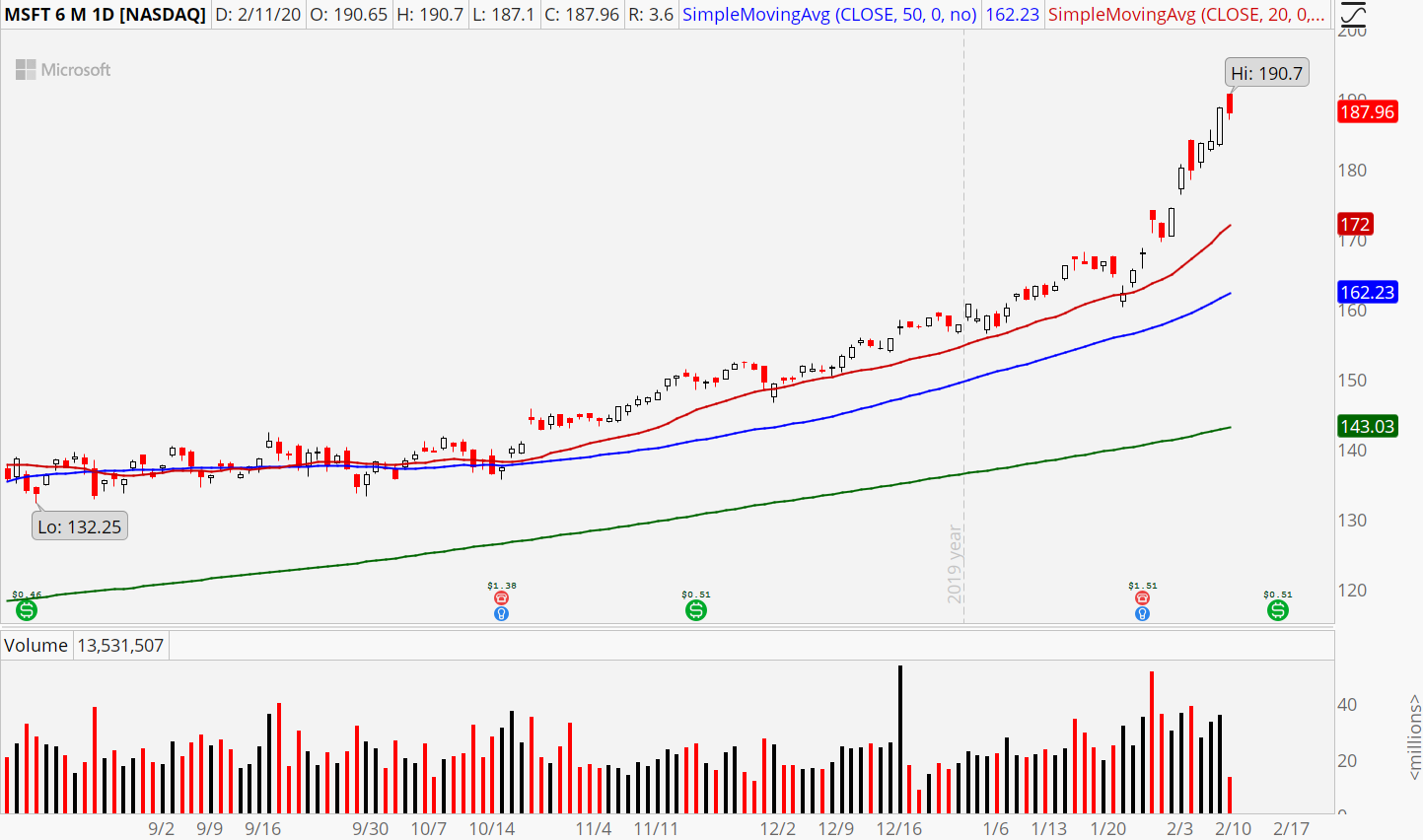 Microsoft (NASDAQ:MSFT) rounds out our trio with an epic surge. Its ascent has essentially turned vertical, which means a few things. First, buyers have reached the euphoric stage and are completely ignoring overbought signals. They’re piling in, regardless of price. Second, it likely means the current rate of increase is unsustainable.

I prefer the entry in Google because it just started to breakout. In contrast, Microsoft is up eleven days since last sitting at support. While it could certainly go higher, there’s no doubt new entries at this point are higher risk. As mentioned with Amazon above, you can either wait for a pause or pullback to create a lower-risk opportunity, or pile in now and hope the momentum continues for a few more days or weeks.