Stocks bounced back on Monday after the losses experienced on Friday. All four of the main indices saw significant gains and they closed at their highs of the day.

Eight of the 10 main sectors gained ground on the day and they were led by the tech sector which gained 1.35%.

The consumer discretionary sector moved up 1.13% and that was the only other sector to gain more than 1.0%.

The energy sector dropped 0.50% and was the worst performer on Monday.

It was joined in the red by the materials sector which fell 0.05%.

The barometer dropped in to negative territory thanks to the two negative totals from Friday and Monday. The final reading came in at -13.9, down from 5.6 on Friday.

Even though the barometer turned negative last night, the one trade setup that I liked the best from last night was a bullish one on General Mills (NYSE: GIS). The company scores a 74 on its EPS rating and a B on the SMR grading scale. Those readings are both above average. 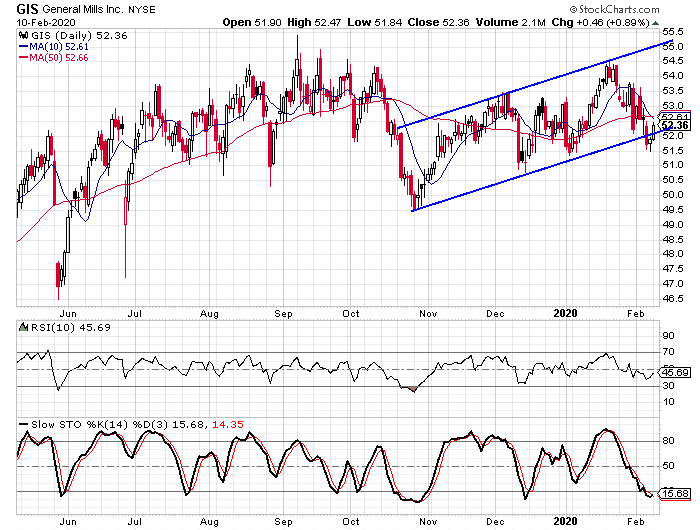 The daily chart shows how the stock has been trending higher since the end of October and a trend channel has formed to define the different cycles. The stock just dropped below the lower rail and then rallied over the last few days to move back in to the channel. We also see that the daily stochastic indicators are in oversold territory and made a bullish crossover last night.