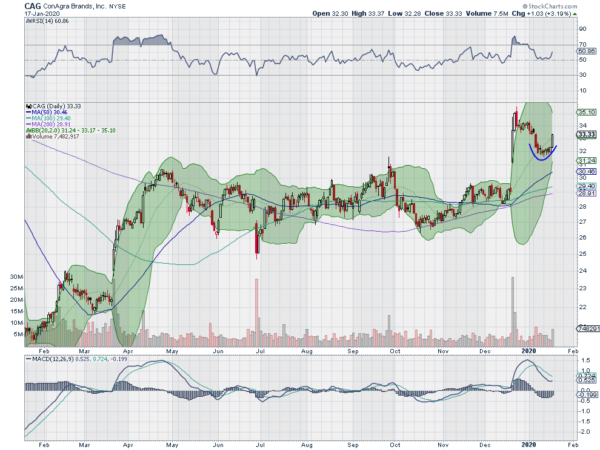 Conagra (CAG), gapped higher in December and has retraced since. That ended Friday when it shot higher to end the week. The RSI is also rising in the bullish zone with the MACD turning to cross up. Look for continuation to participate. 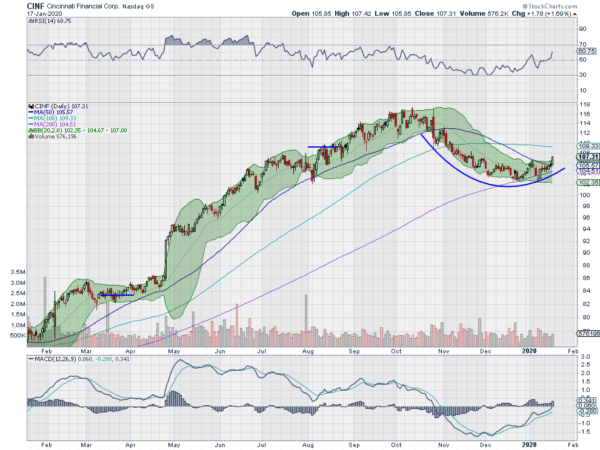 Cincinnati Financial (CINF), peaked in October and then started to roll over. It found support at the confluence of the 50 and 200 day SMA’s at the end of the year. Last week it started to move back higher. The RSI is rising in the bullish zone with the MACD about to cross to positive. Look for continuation to participate. 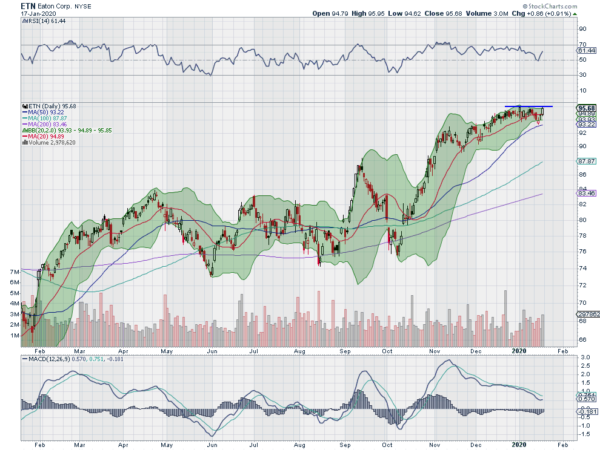 Eaton (ETN), started higher off of its 200 day SMA in October. The move up has continued but recently slowed and then turned into consolidation. It was rolling lower early last week then recovered to end at resistance. The RSI is rising and bullish with the MACD looking to turn back up and positive. Look for a push over resistance to participate. 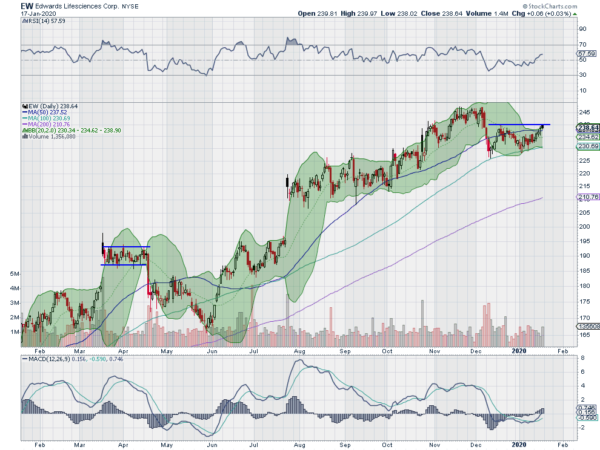 Edwards Lifesciences (EW), started higher in June and found a top in November. It consolidated there for 2 weeks and then pulled back to support where it has been consolidating at a slightly lower range. Friday it broke the short term range higher. The RSI is rising in the bullish zone with the MACD crossing to positive. Look for continuation to participate. 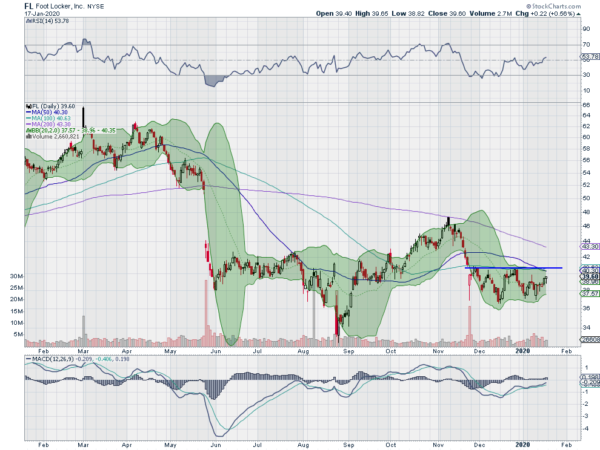 Foot Locker (FL), gapped down in May and has moved in a broad range since. It rose from a low in August to make a high outside of the range in November then pulled back. It found support at a higher low and is consolidating. The RSI is rising toward the mid line with the MACD rising toward zero. Look for a push over resistance to participate.