Shares of McDonald’s (NYSE:MCD), from their summer highs to the recent lows, lost approximately 3% Monday following CEO Steve Easterbrook’s firing. On the charts, however, MCD stock has reached a notable area of technical support where a tradeable bounce is likely to occur.

McDonald’s shareholders over the past couple of weeks had to deal with a one-two punch. First, in mid-October the company’s latest earnings report failed to impress investors and the stock fell. Then over the weekend, the company made its CEO Steve Easterbrook redundant.

While the jury is still out whether the new CEO can do as well for the stock as his predecessor did over the years, through the lens of technical analysis, investors may have overreacted a little. 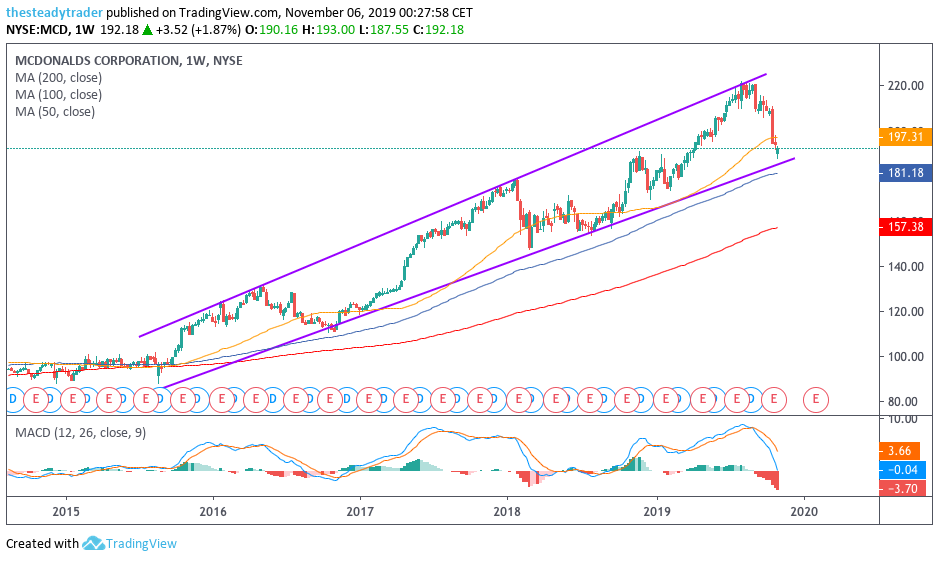 As always, gaining perspective is what allows traders to manage their risk and thus separates profitable traders from the rest.

With that in mind let’s look at the multi-year chart.

Here we see that MCD stock has pushed higher in a well-defined trading range over recent years.

As a result of recent selling, the stock now once again arrived at the lower end of trend, which also roughly lines up with its blue 100-day simple moving average.

From a momentum perspective we see that the weekly MACD momentum oscillator at the bottom of the chart is getting oversold enough to try for a bounce. 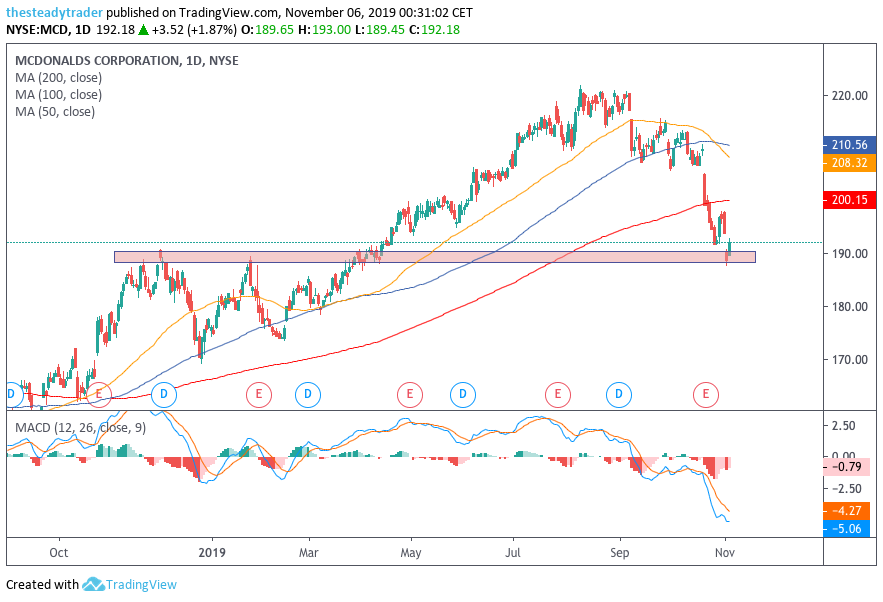 On the daily chart MCD stock has also reached a price level around the low $190s or high $180s that previously acted as resistance and now could become support. The daily MACD momentum oscillator is severely oversold and indicates that downside is limited in the near-term.

On Nov. 5, MCD stock bounced nearly 2% and thus showed some seller exhaustion. Active traders and investors could look to buy the stock in the low $190s with a stop loss at $185 and an initial upside target at $200. The stock does not have to shoot higher in a straight shot from here, but the momentum on the downside, all else being equal looks to be exhausted.

The highest probability trade, however, that sets up well for this position in MCD stock is to sell an out-of-the-money put spread (options credit spread) in a very specific way.