Another day, another hopeful tweet on trade from President Trump that is helping boost the stock market. This time, it is word that China’s vice premier would be visiting the White House to help ink a deal. Previous reporting suggested that discussions had broken down over intellectual property rights.

And in another indication that this is all becoming habitual now, in reaction to the optimistic news, investors are pouring into big-cap tech stocks to ride the wave of sentiment higher.

With that in mind, here are five big-cap tech stocks that are rallying nicely and worth a look today: 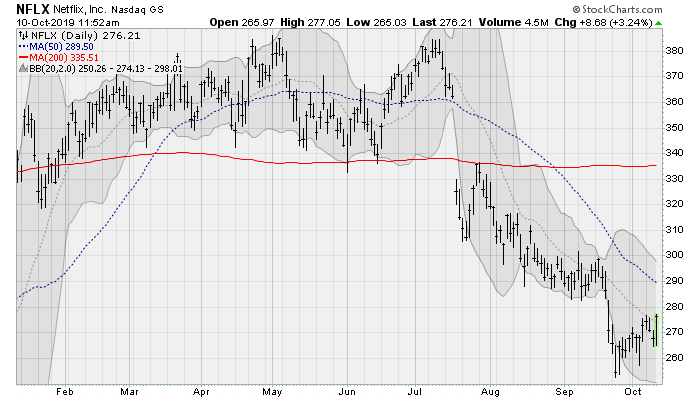 Netflix (NASDAQ:NFLX) shares are trying to come back from the dead, bouncing off of multi-week support near the $260-a-share level in what is likely to be a challenge of the 50-day moving average. NFLX stock has lost nearly a third from the double-top highs it set earlier this year as the streaming wars intensify with Disney (NYSE:DIS) and Apple (NASDAQ:AAPL) getting in on the action. But a relief rally is in order now.

The company will next report results on Oct. 16 after the close. Analysts are looking for earnings of $1.05 per share on revenues of $5.3 billion. 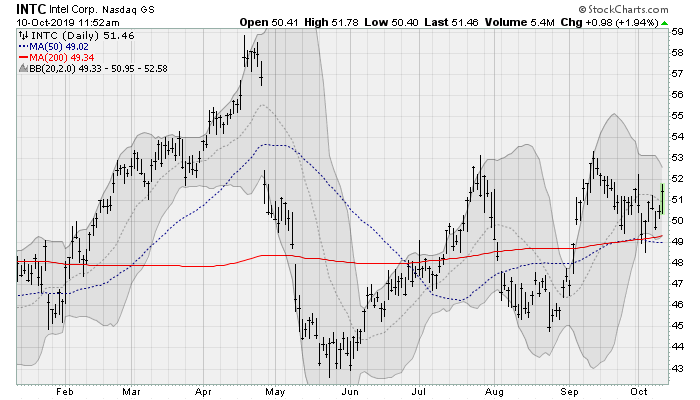 Shares of processor maker Intel (NASDAQ:INTC) are bouncing nicely off of their 50-day and 200-day moving averages, setting up a run at double-top resistance near the $53-a-share level. A breakout here would put INTC stock’s late April highs in play, which would be worth a gain of roughly 15% from here.

The company will next report results on Oct. 24 after the close. Analysts are looking for earnings of $1.24 per share on revenues of $18 billion. 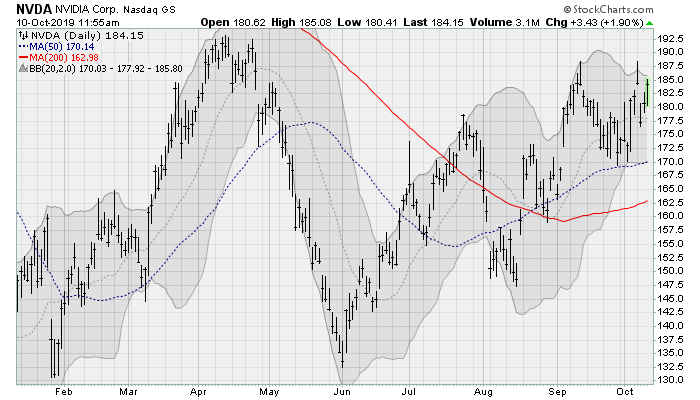 Nvidia (NASDAQ:NVDA) shares are rising nicely along its 50-day moving average, setting up a challenge of the April highs just under the $200-a-share level.

NVDA stock has been on the comeback trail after the hype surrounding bitcoin and bitcoin mining — which uses graphics processing units of the type NVDA specializes in — died down in 2018.

But with gaming and datacenter demand bouncing back according to Piper Jaffray analysts, shares should continue to push higher.

The company will next report results on Nov. 14 after the close.

Analysts are looking for earnings of $1.24 per share on revenues of $2.9 billion. 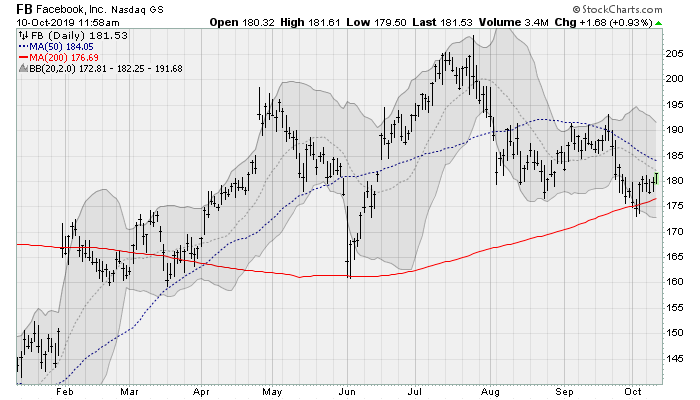 Speaking of cryptocurrencies, Facebook (NASDAQ:FB) is trying to get in on that action with its Libra currency — the future of which will depend on the success of CEO Mark Zuckerberg’s testimony to Congress on the issue. As such, FB stock owners should mark their calendars for Oct. 23.

The company will next report results on Oct. 30 after the close. Analysts are looking for earnings of $1.91 per share on revenues of $17.3 billion. 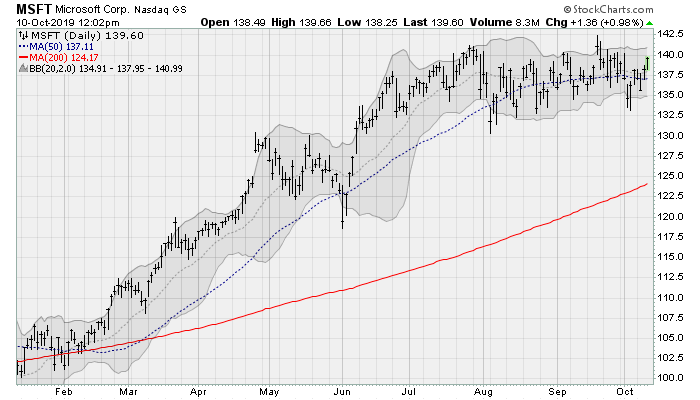 Microsoft (NASDAQ:MSFT) has been the closest thing to a sure thing in this market, relentlessly grinding higher thanks to its success in pivoting to a software-as-a-service business, its push into the cloud and the ongoing traction of its hardware and gaming divisions. The company even recently announced a return to the cell phone business with its folding phone and tablet devices, all of which have firmly placed MSFT stock back in the spotlight among other tech stocks to buy.

The company will next report results on Oct. 23 after the close. Analysts are looking for earnings of $1.25 per share on revenues of $32.2 billion.