Disney (NYSE:DIS) stock is still higher by about 25% year-to-date. For the past four months or so, however, DIS stock has largely been consolidating and it increasingly looks like this consolidation phase could lead to a break lower for a trade.

From a headline perspective this year, DIS stock has been primarily driven by news around the company’s upcoming subscription video on-demand service. And given this recent sensitivity to such headlines, the next batch of news — whether positive or negative — could severely affect the stock again and possibly push it out of a multi-month trading range. 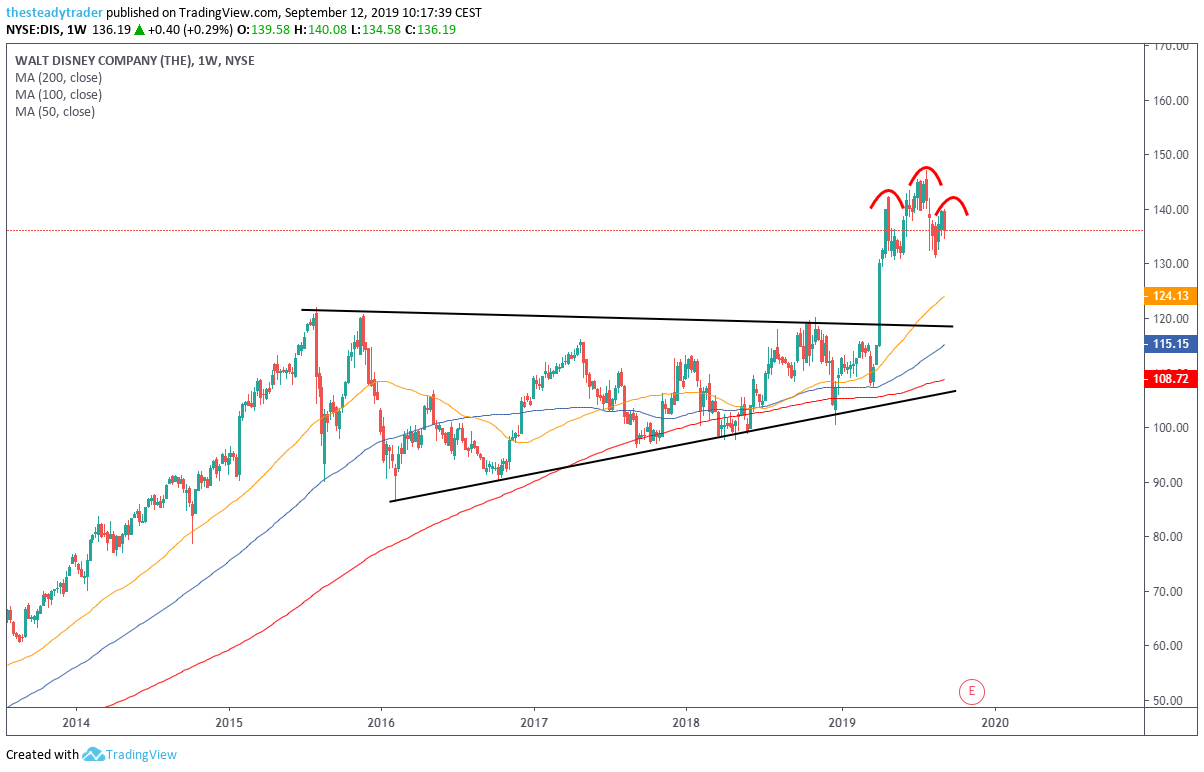 Looking at the multi-year weekly chart of Disney stock we see that in April the stock staged a notable breakout move that pushed it out of a multi-year consolidation pattern.

While this move should be bullish through an intermediate-term lens, it is noteworthy that the stock’s year-to-date performance is largely the result of a two-week rally that the stock staged in April.

In other words, aside from this two-week rally, Disney stock has largely moved sideways in 2019 so far.

The latest consolidation phase in the stock since the April highs has developed a head-and-shoulders pattern, which if triggered leaves plenty of downside room for the stock.

In fact, technically speaking, if this pattern triggers, DIS stock could re-test its previous breakout area in the high $110’s.

To be clear, this is not my base case, but I did want to highlight this as a possibility through a pure technical lens. 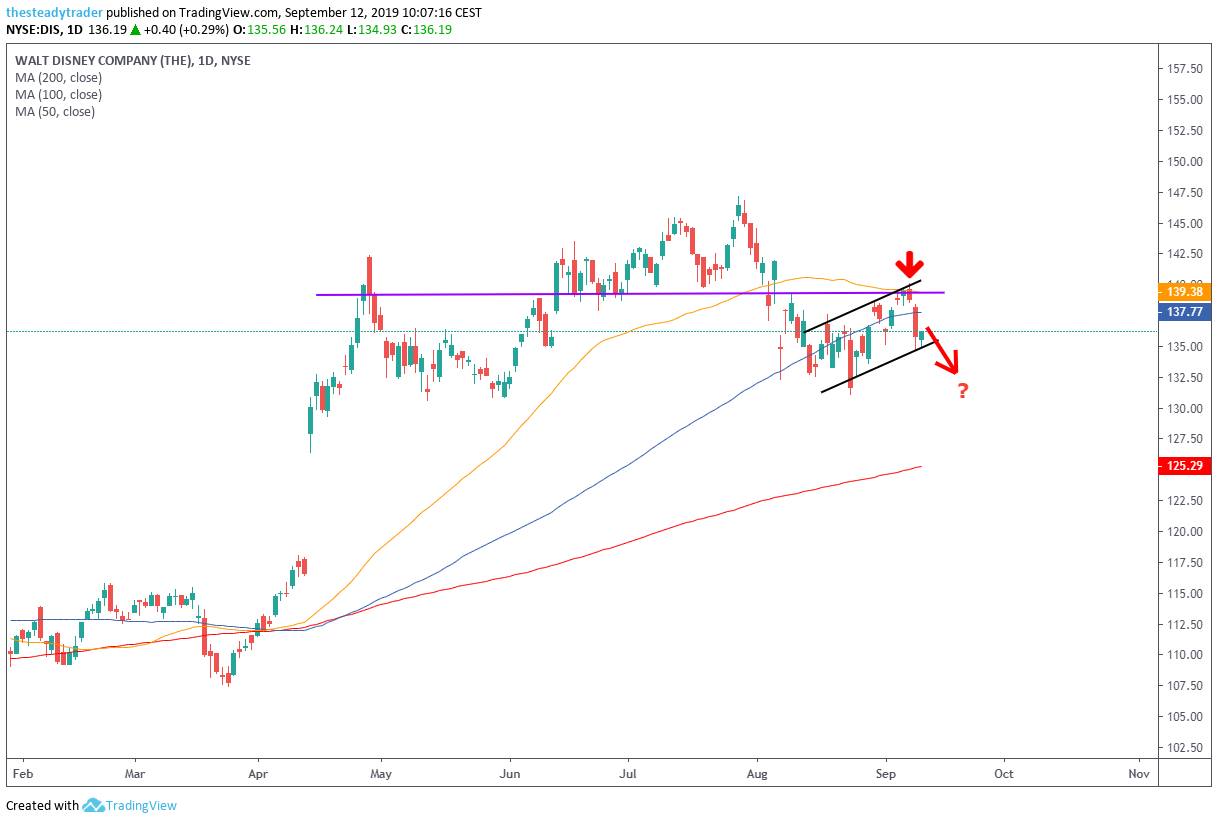 On the daily chart we see that Disney stock on Sept. 9 found technical resistance at former support (purple line), which currently also coincides with the yellow 50-day simple moving average. Furthermore, on Sept. 10 we saw follow-through selling and my proprietary B2 bearish reversal signal triggered.

Active investors and traders could short DIS stock around the $136 area, using a well-defined stop loss at $140 and a next downside target at $130. Alternatively one could buy the November 135-130 bear put spread.