Semiconductor stocks are on the move, and many are top stocks to buy right now. Traders swarmed chip stocks during Wednesday’s rally, and if this morning’s strong open is any indication, the gains are likely to continue.

Third, the gains in many of the top companies in the space bested the S&P 500’s on the session by a wide margin — revealing powerful relative strength.

In isolation, each trait is bullish.

Together they create an unbeatable mix pointing to higher prices. 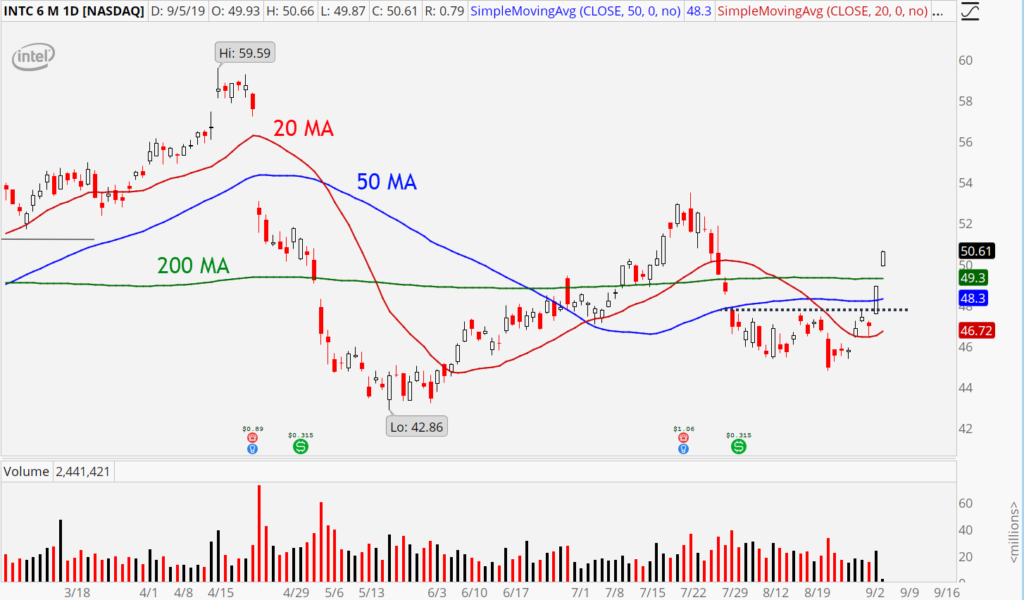 Intel (NASDAQ:INTC) shares gained 4.1% clearing short-term resistance at $47.75. This particular ceiling had kept a lid on INTC stock for the past month, halting multiple rally attempts. So shareholders should be cheering that the beast has finally been felled.

Moving average users will also note Intel cleared the 50-day moving average and is on the brink of jumping above the 200-day. With a bottom now in place, the stock is well positioned to return to its July peak of $53.

Implied volatility is signaling option premiums that are neither cheap nor expensive. So traders can take their pick from the multitude of strategies available. If you’re looking for a higher probability play, then sell naked puts. Otherwise, long calls or call spreads beckon. 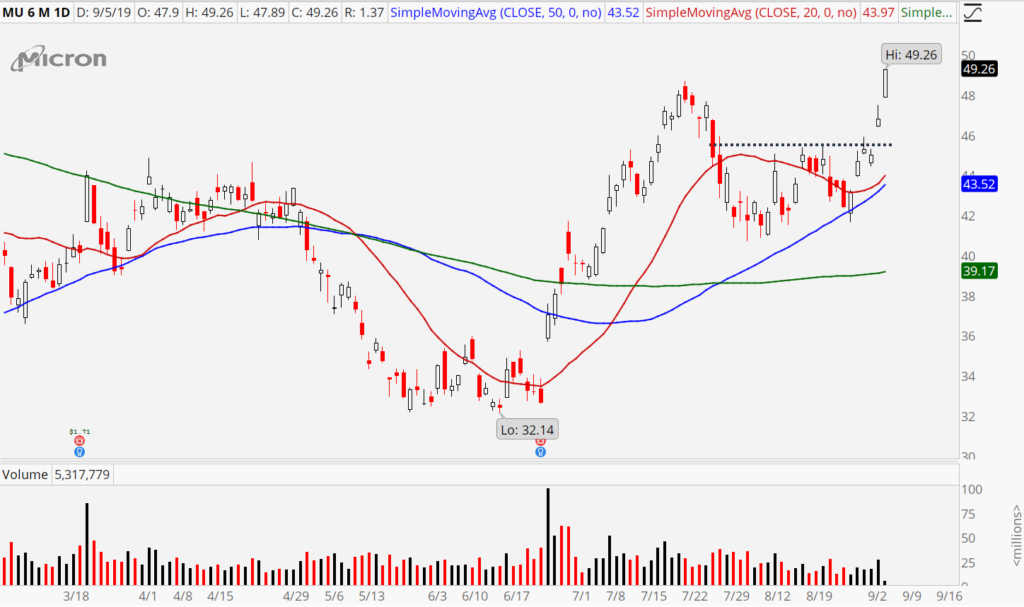 Micron Technology (NASDAQ:MU) offers a higher volatility and potentially more profitable alternative than Intel. It carries a higher beta and more juicy options premiums. MU stock’s price action has been very constructive ever since June’s earnings announcement put a floor in the stock.

Its 20-day, 50-day, and 200-day moving averages are all pointing higher and rising beneath the price in support. A run to $50 seems likely.

Micron’s cheaper price tag and beefy options premiums make it a great candidate for naked put selling. If you’re willing to bet MU stock sits above $45 at October expiration then sell the Oct $45 put for around $1.90. 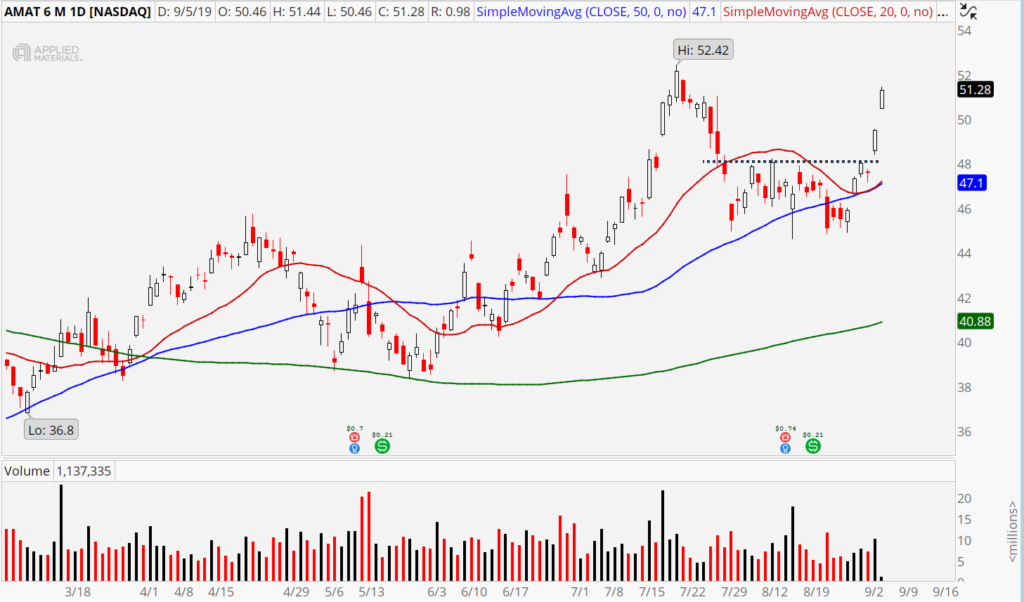 Applied Materials (NASDAQ:AMAT) rounds out today’s trio with one of the more consistent trends of the bunch. It’s been trending higher throughout the year and is up 51%, besting the S&P 500’s 18% return by a wide margin. Yesterday’s breakout cleared key short-term resistance and sets AMAT up to retake its 2019 high of $52.42.

Its implied volatility is sinking to the 11th percentile of its one-year range — making option premiums dirt cheap. Buy the Jan $50/$55 bull call spread for around $2.30. Your risk is limited to $2.30, and the potential reward is $2.70.